The differences in trust and distrust of news outlets are often wider among the ideological wings of each party — conservative Republicans and liberal Democrats. 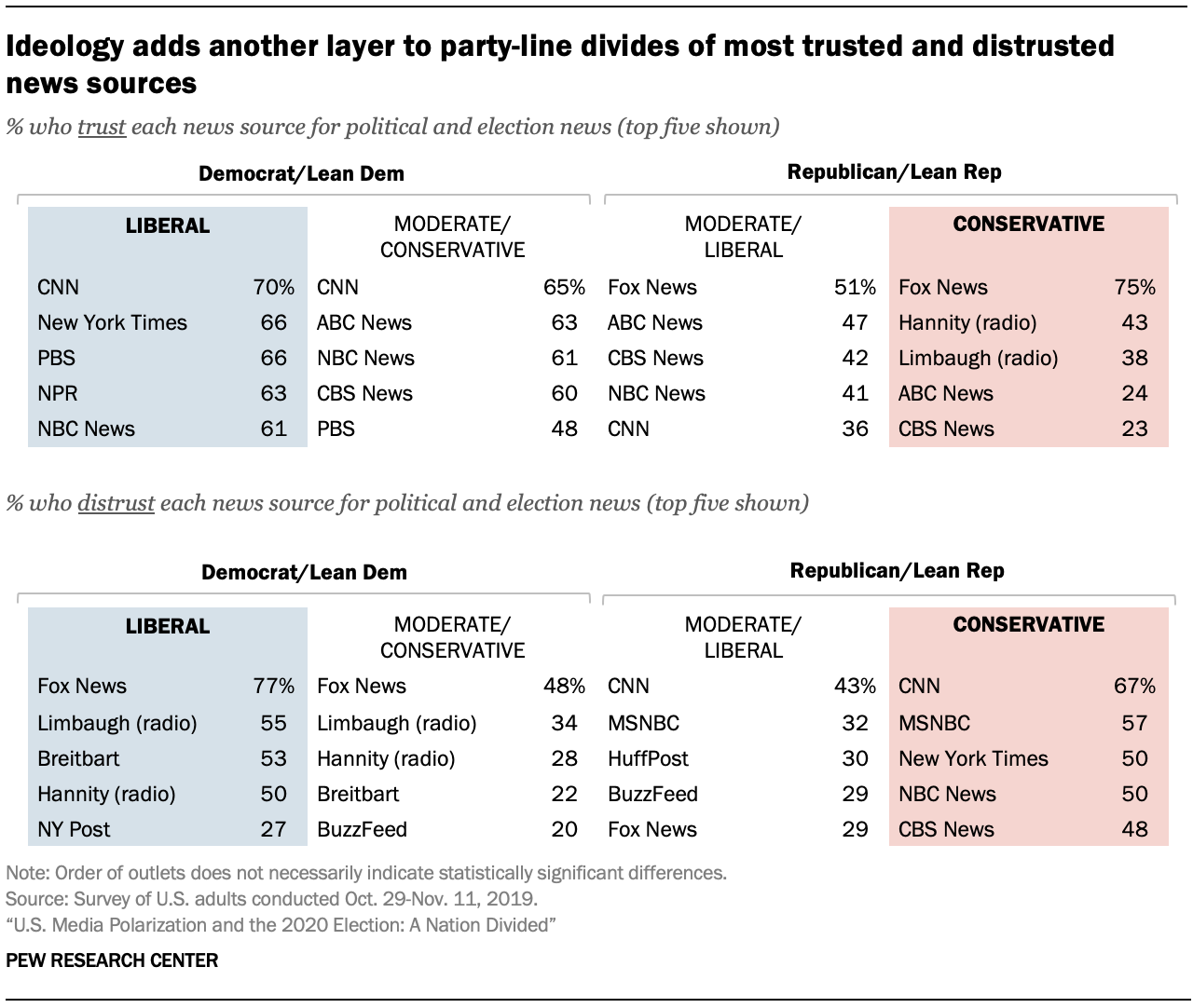 On the other side of the aisle, The New York Times is trusted by 53% of all Democrats. But among liberal Democrats, that number jumps to 66%.

Some of these views about media credibility also are reflected in how often sources are used. Among all Republicans, 19% say they got political and election news from the Sean Hannity radio show in the past week. But about a quarter of conservative Republicans (27%) did so.

In evaluating the credibility of the three major commercial broadcast networks, moderate and liberal Republicans are far more likely to trust ABC, CBS and NBC News than conservative Republicans.

U.S. Media Polarization and the 2020 Election: A Nation Divided 1. Democrats report much higher levels of trust in a number of news sources than Republicans 2. Americans are divided by party in the sources they turn to for political news
3. Ideology reveals largest gaps in trust occur between conservatives and liberals
4. In recent years, partisan media divides have grown, largely driven by Republican distrust Appendix: Detailed tables Acknowledgments Methodology