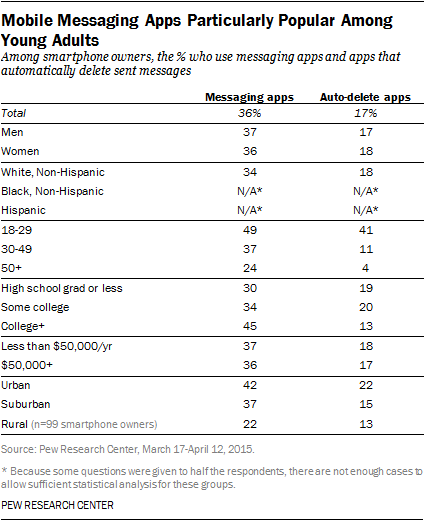 Roughly three-in-ten online adults (29%) — and 36% of smartphone owners — use messaging apps such as WhatsApp, Kik or iMessage. These apps allow mobile users to message one another without using up SMS data, which is required when exchanging traditional text messages. Some of these messaging apps, such as iMessage, maintain conversations even if a user switches between devices, such as a tablet, laptop or desktop computer, or cell phone. 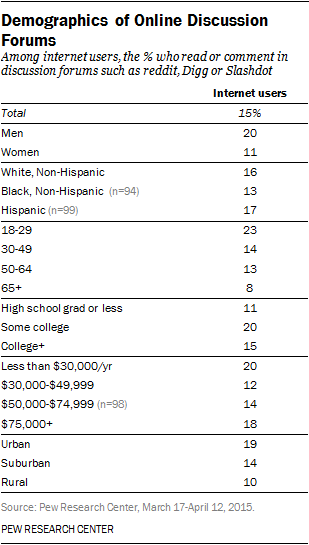 Various discussion forums have been in existence since the dawn of the web. Indeed, a 2002 Pew Research survey found that 25% of online adults had participated in online chat rooms or discussions. These platforms have changed over time and have garnered followers despite the explosion of social media platforms and other sources of online content in the intervening years. Today, 15% of online adults read or comment on modern-day discussion forums such as reddit, Digg or Slashdot.1 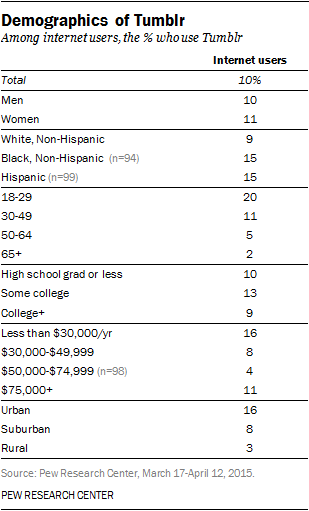 One-in-ten online adults (10%) use Tumblr, a slight increase from the 6% who did so the last time Pew Research asked in December 2012. As with many of the platforms and services discussed in this report, young adults are especially likely to use Tumblr: 20% of online adults age 18 to 29 do so. Tumblr usage is also particularly high among urban residents: 16% of urban internet users use Tumblr, compared with 8% of suburban residents and just 3% of rural residents.

Over the past four years, almost all of the major social media platforms that are consistently tracked in Pew Research surveys2 have seen a significant increase in the proportion of U.S. adults who use them. Some have witnessed more rapid growth than others. 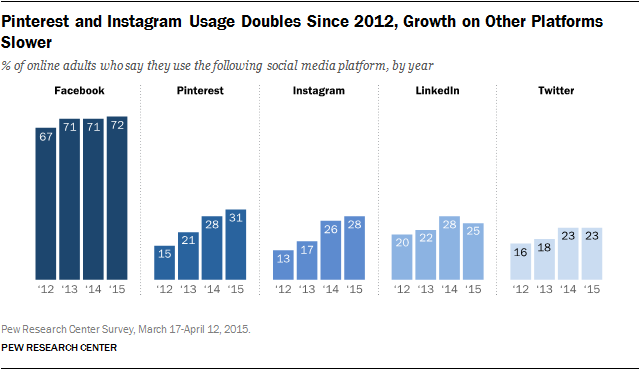 However, none of these platforms experienced a significant increase in usage between September 2014 and April 2015.

Next: The Demographics of Social Media Users
← Prev Page
Page1You are reading page2Page3Page4
Next Page →