Some 36% of internet users say that they use just one of the five social media sites specified in this report (Facebook, Twitter, Instagram, Pinterest, and LinkedIn), while 42% use two or more of these sites. The remaining 22% of internet users have not adopted any of the five major platforms we asked about in our survey. 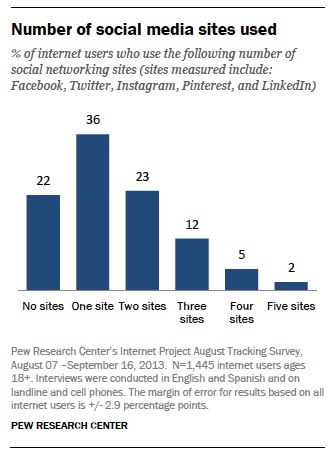 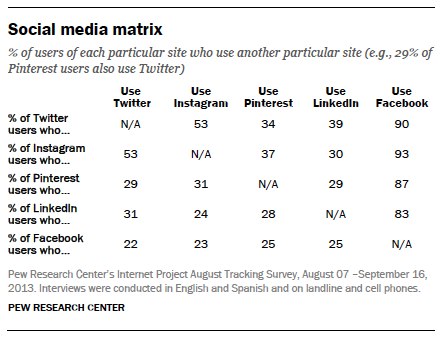