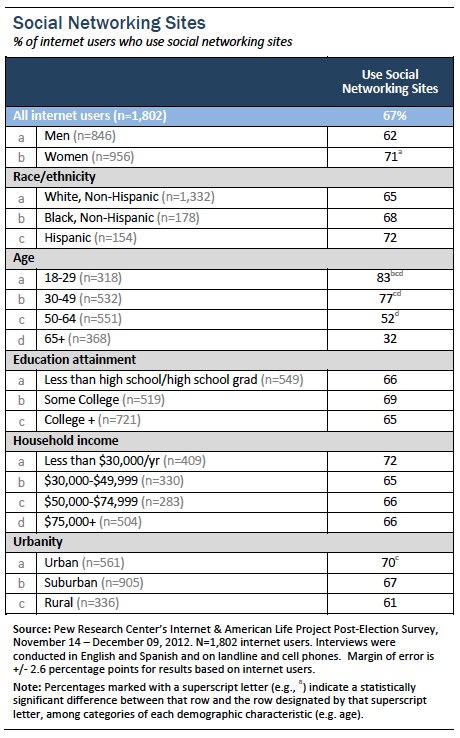 The percentage of internet users who are on Twitter has doubled since November 2010, currently standing at 16%. Those under 50, and especially those 18-29, are the most likely to use Twitter. Urban-dwellers are significantly more likely than both suburban and rural residents to be on Twitter. 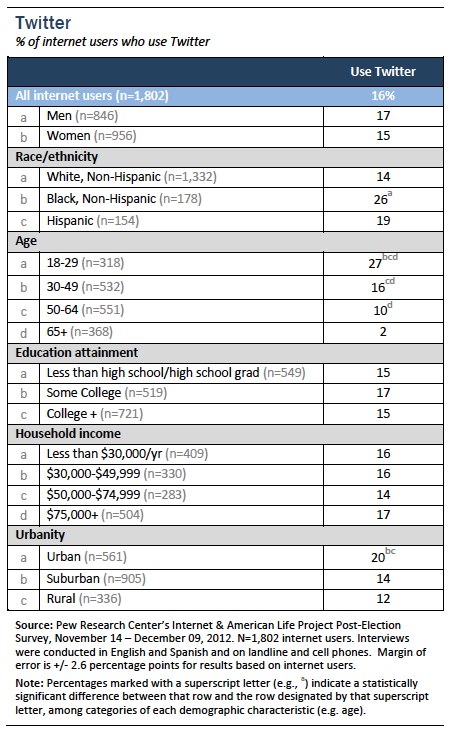 Pinterest, the online pinboard, has attracted 15% of internet users to its virtual scrapbooking. Whites, young people, the well-educated, those with higher income, and women are particularly likely to use the site. Pinterest is equally popular among those 18-29 and 30-49 (19%). Women are about five times as likely to be on the site as men, the largest difference in gender of any site featured in this report. 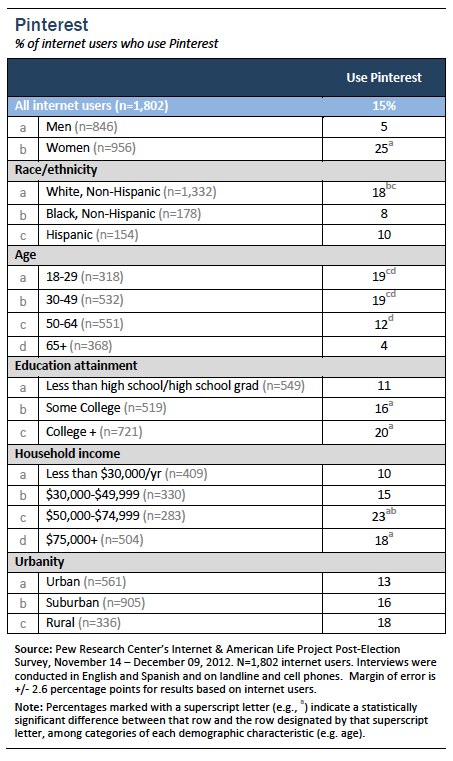 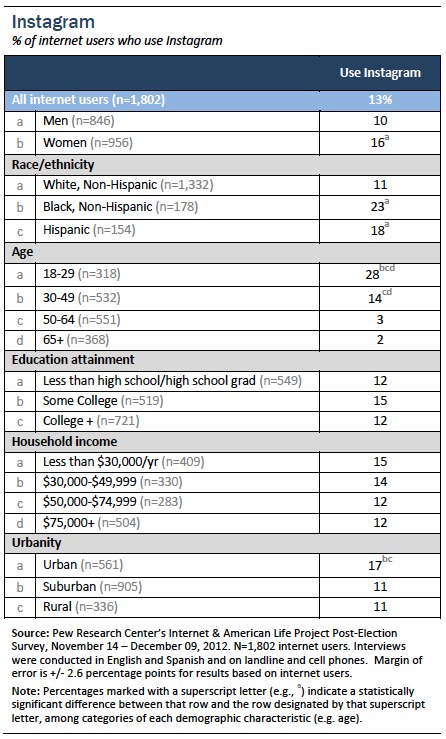 Tumblr is significantly less popular among internet users than the other social networking sites featured in this report. Just 6% of those online use the site. It is much more popular, however, among the youngest cohort — 13% of those 18-29 are blogging on Tumblr. 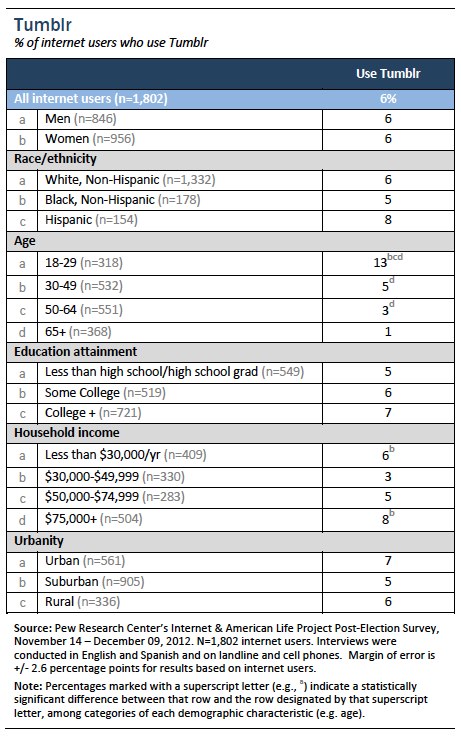 Facebook remains the most-used social networking platform, as two-thirds of online adults say that they are Facebook users. Women are more likely than men to be Facebook users, and Facebook use is especially common among younger adults. 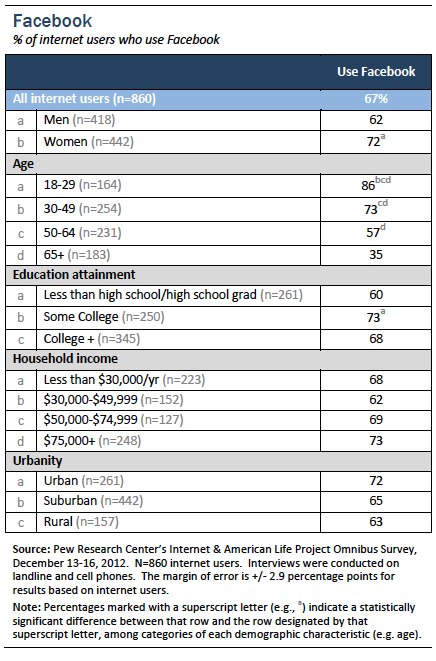 is one of seven projects that make up the Pew Research Center, a nonpartisan, nonprofit “fact tank” that provides information on the issues, attitudes and trends shaping America and the world. The Project produces reports exploring the impact of the internet on families, communities, work and home, daily life, education, health care, and civic and political life. The Pew Internet Project takes no positions on policy issues related to the internet or other communications technologies. It does not endorse technologies, industry sectors, companies, nonprofit organizations, or individuals.