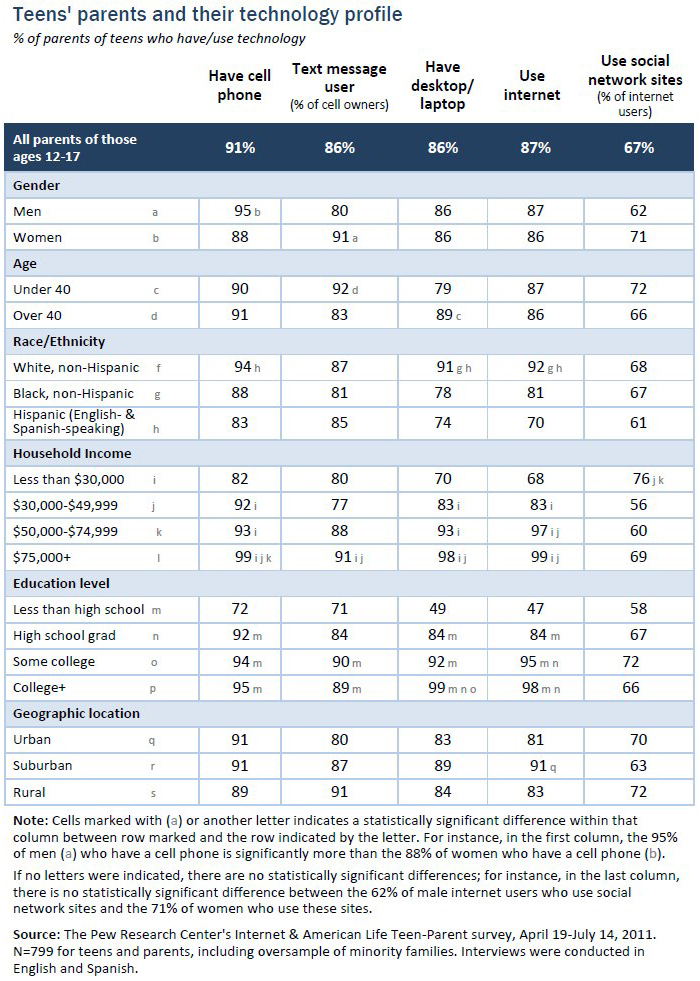 This is all spurred by the fact that families are saturated with technology. Tech adoption and tech-usage rates by teens’ parents are higher than the general population:

Even though there is widespread adoption and use of technology among parents, there is some variance by class, age, and race to some aspects of technology use. Generally, families that are relatively well off and where the parent has a high level of education are more likely than others to own a cell phone, own a computer, and use the internet. In addition, white parents of teenagers are more likely than minority parents to own a cell phone or a computer and to use the internet. At the same time, once a parent owns a cell or uses the internet, she is just as likely as other parents to be a text message user and a participant on a social network site.