As noted in the introduction to this report, our definition of smartphone ownership includes a question based on the platform (operating system) of each respondent’s phone. The relative adoption rates for different platforms among all cell owners and within the smartphone population are as follows:5 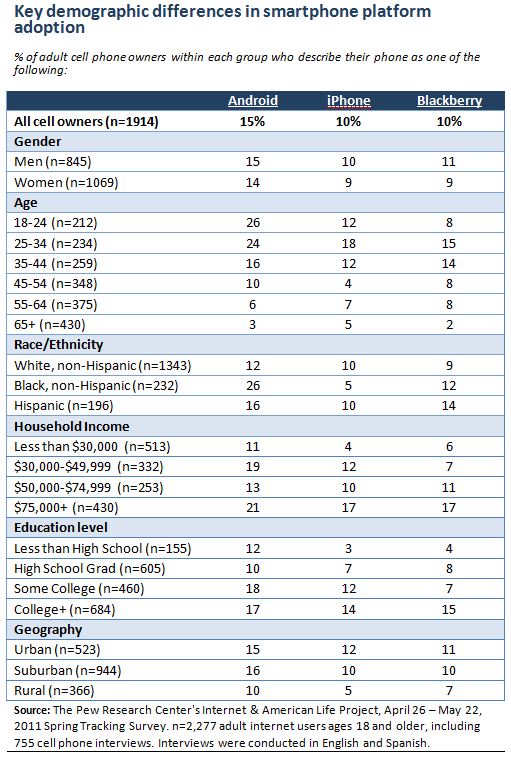