In its first standalone measure of smartphone ownership,1 the Pew Research Center’s Internet & American Life Project finds that two in five cell owners (42%) own a smartphone as of May 2011.2 Since 83% of Americans own some kind of mobile phone, this means that one-third of all American adults (35%) are smartphone owners.

Measuring smartphone adoption in the context of a telephone survey presents some practical challenges. Smartphones are typically defined as mobile phones with advanced capabilities such as internet access and the ability to download and install applications or “apps”. However, many cell owners—particularly casual users—are unsure of their phones’ capabilities, so measuring smartphone ownership in this way risked overestimating the adoption of this technology. Therefore our definition of a “smartphone user” includes anyone who falls into either or both of the following categories: 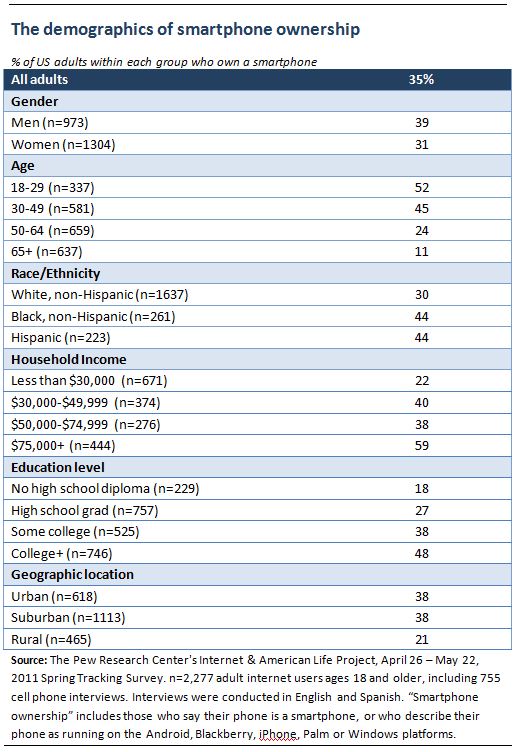 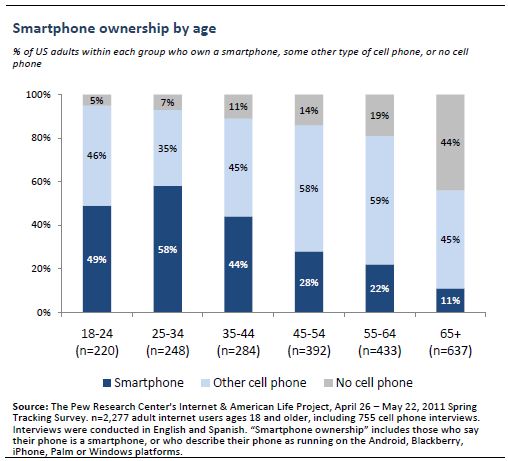 A household income of $75,000 is the approximate point at which Americans are more likely to own a smartphone than not—more than half of Americans above this income level are smartphone owners, and cell phone ownership in general is near-ubiquitous (95% or more) past this point in the income distribution.

While smartphone ownership is a majority proposition among higher-income earners, those Americans with a household income of less than $30,000 per year primarily own more basic mobile phones. Indeed, members of this lower-income cohort are as likely to lack a cell phone entirely as they are to own a smartphone (22% own a smartphone, while 23% have no cell phone at all). 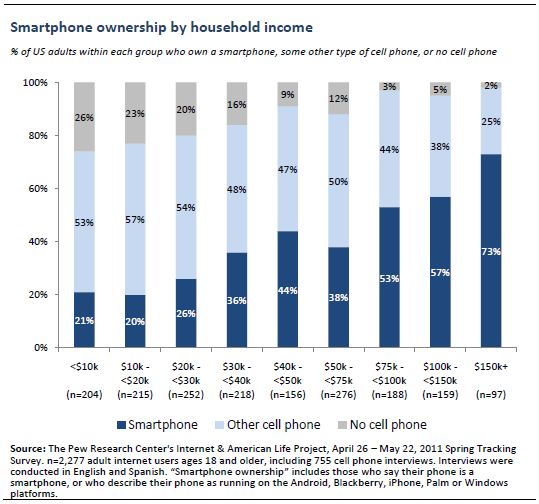 Although low-income Americans as a whole are relatively unlikely to own a smartphone, there is quite a bit of age variation within this group. Among 18-29 year olds earning less than $30,000 per year, 39% own a smartphone (on par with the national average) and just 8% have no cell phone at all. By contrast, fully 57% of low-income seniors do not own a cell phone, and smartphone adoption rates for this group are extremely low at just 4%. 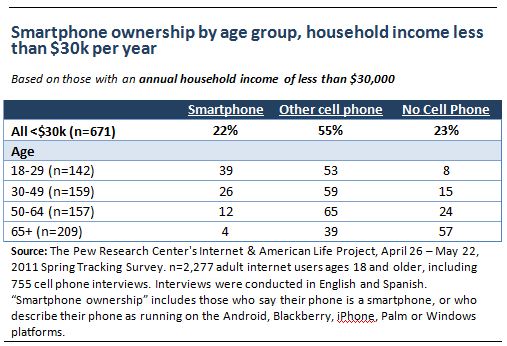 Other factors correlated with smartphone ownership

For several years, Pew Internet research has found that African-Americans and Latinos are more likely than whites to use their cell phones for non-voice applications such as using the internet, playing games, or accessing multimedia content. These differences extend to smartphone ownership as well, as 44% of black and Latino adults are smartphone owners, compared with 30% of whites.3 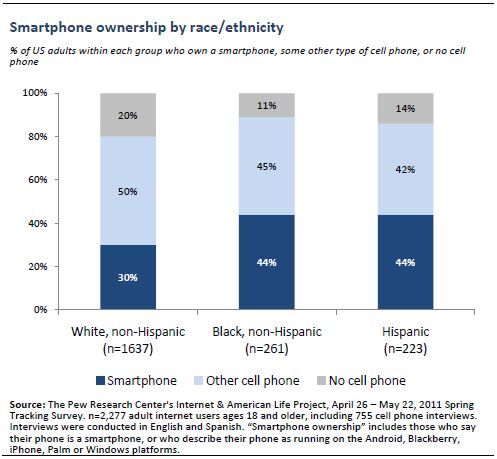 Employment status is also closely linked with smartphone ownership. Nearly half of full-time employees (48%) have a smartphone of some kind, as do 38% of those who are employed part-time. Roughly one quarter of those who are not employed for pay (27%) have this type of device, while just 13% of retirees do so.

Smartphone owners and their technology assets

Smartphone users own a wide range of devices in addition to their phones. Eight in ten smartphone owners also own a laptop computer, and e-book readers and tablet computers are much more prevalent among smartphone owners than in the general population. 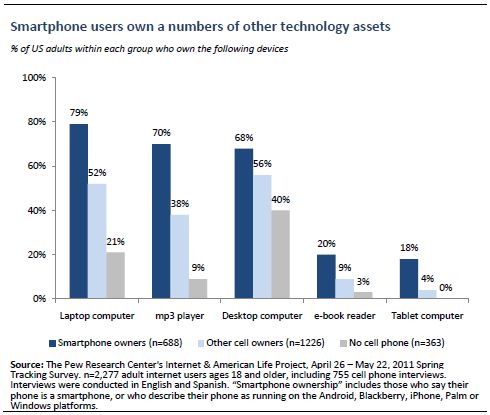 In their own words—how smartphone owners describe their phones

How smartphone owners describe their phones (click for a larger version): 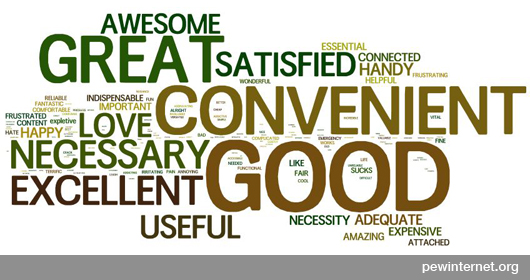 Next: Smartphones as an internet appliance
← Prev Page
Page1You are reading page2Page3Page4Page5
Next Page →