58% of Americans have researched a product or service online 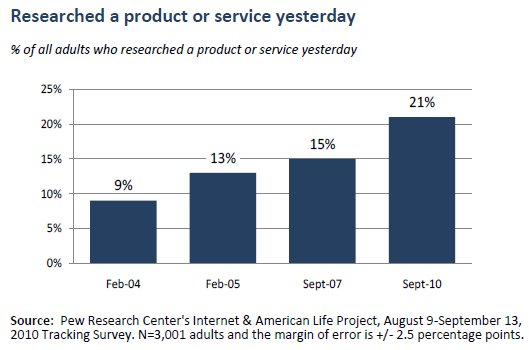 The share of adults who report having at least occasionally conducted product or service research online has also increased – from 49% in 2004 to 58% in 2010.

The 2010 data come from a telephone survey by the Pew Research Center’s Internet & American Life Project conducted between August 9 and September 13, 2010. The survey was administered to a sample of 3,001 adults, age 18 and older, using a combination of landline and cellular telephones. Interviews were conducted in English or Spanish. The sample margin of error is plus or minus 2.5 percentage points for the general population and plus or minus 2.9 percentage points for internet users (n=2,065).

Among internet users, 78% say that they at least occasionally conduct product research and 32% report that they have posted online product comments.

The increase in product and service research online coincides with a general trend in stepped up use of the internet for commercial activities. Pew Internet Project’s initial surveys:

The sharing of product and service information also coincides with increasing use of social networking sites, with 46% of Americans reporting the use of internet sites such as Facebook or LinkedIn. That is an increase from the 5% who reported using social networking sites when the Project first started asking about them in a survey in February 2005. Such sites might be informal channels of commercial information that are shared in social networks, though the Pew Internet survey did not specifically address this aspect.

Who is conducting research online for product or service information?

Demographic survey results are shown in the Online researching for products or services table below. The September 2010 data show: 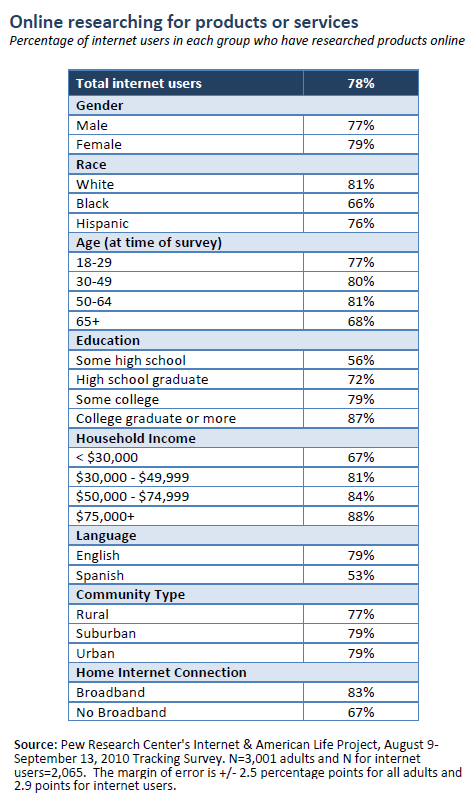 A quarter of Americans (24%) have posted product reviews or comments online. The table below illustrates the demographic character of this population: 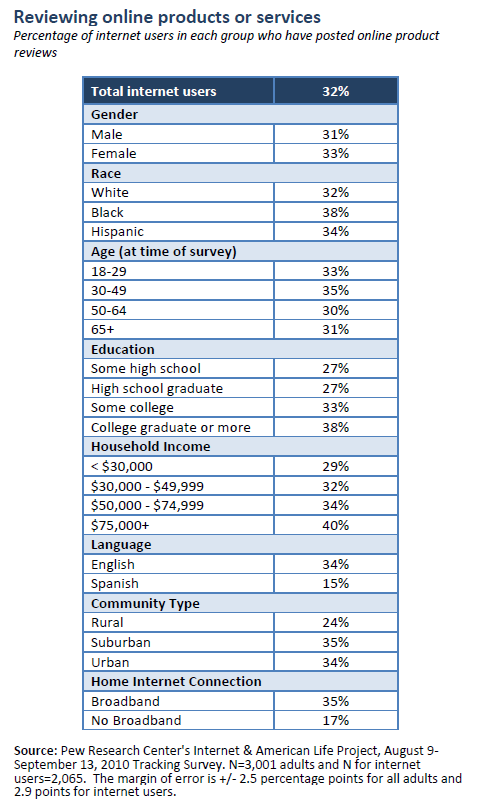