Who is watching and downloading online video?

Seven in ten adult internet users (69%), or roughly half of all U.S. adults (52%) have used the internet to watch or download video.1  That figure includes internet users who say they do at least one of the following:

Of these three activities, the most notable change involves the exploding popularity of video-sharing sites like YouTube or Google Video.  The percent of adult internet users who watch video on these sites has grown from 33% in December 2006 to 61% in the current survey.2 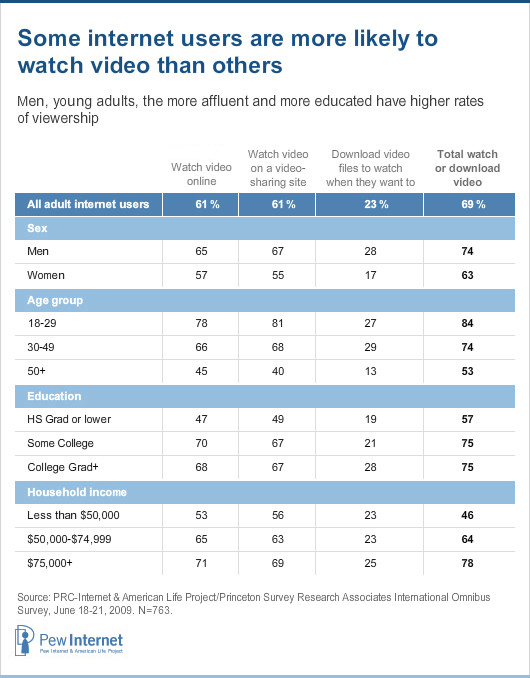 What kinds of video are online adults watching?

Since 2007, educational videos have also experienced considerable growth, from 22% of online adults watching this type of video in 2007 to 38% watching in 2009.  Over the same time period, online viewership of both television shows/movies and political videos has doubled, while online news videos have experienced relatively small growth in popularity (see table below). 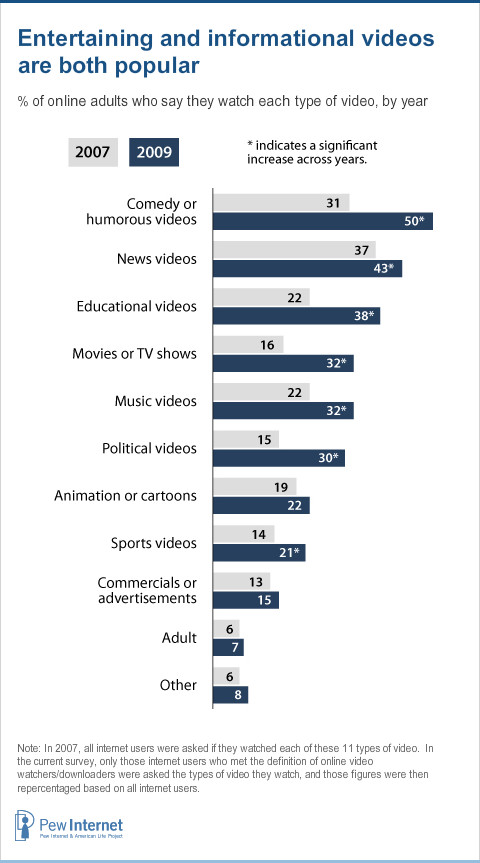 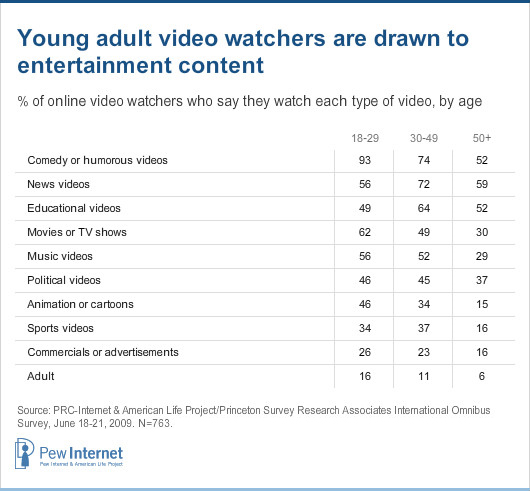 Among the lowest income respondents, those earning less than $30,000 a year, music videos and animation/cartoons are particularly popular.