Who is posting video online? 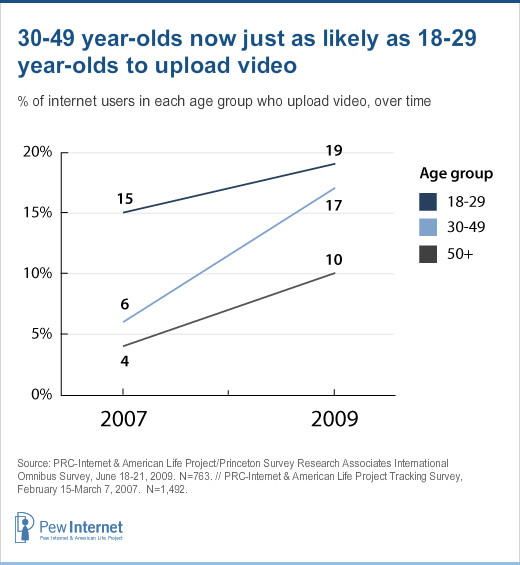 In 2007 Pew Internet found that men were twice as likely as women to post video online.  Today, that disparity no longer exists; male and female internet users are equally likely to upload video. 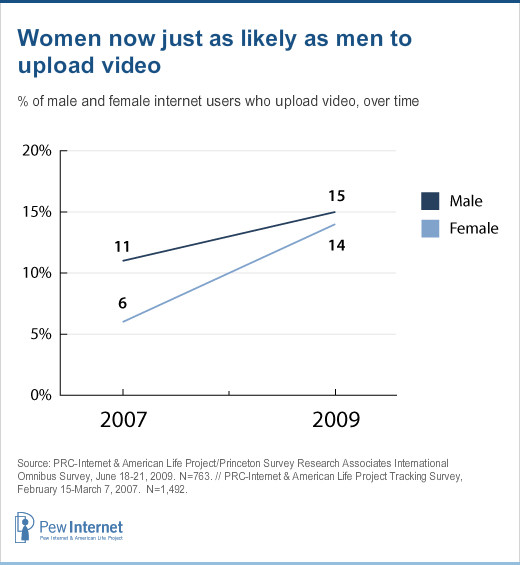 Where and what are adults uploading? 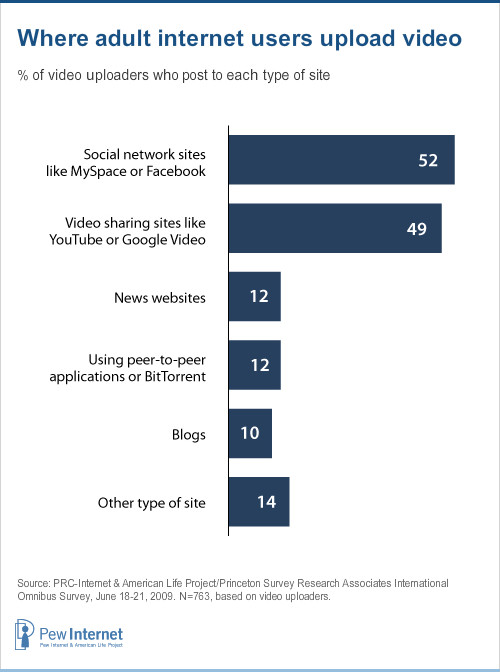 We also asked video uploaders which, if any, of eight different types of video they have posted online.  By a wide margin, the most popular content to post online is home video, uploaded by six in ten video uploaders (62%).  About a quarter of video uploaders post travel videos (24%) or television/movie clips (24%) online.   The small number of video uploaders in our sample prevents us from being able to look at subgroup differences where uploading behavior is concerned. 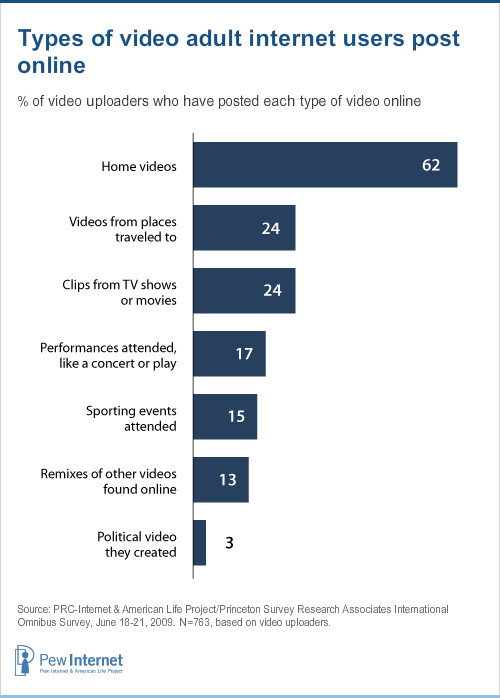 Among video uploaders, there appears to be considerable variation in terms of who they share their videos with, who they believe is watching, and concerns about how the video they post may be used.

It appears that most video uploaders are not abusing copyright in a way that draws attention from copyright owners.  Just 4% of video uploaders have received notice that a video they uploaded included copyrighted material.

To measure uploaders’ perceptions of the impact of the video-sharing boom and the fairly new video-sharing environment, we asked if they agree or disagree with a series of statements.  The results reveal that uploaders almost universally appreciate the ease with which video sharing sites allow them to share videos with family and friends, but a considerable number also feel they should be more careful about what they post.  And while many express the belief that only people they know will see the videos they post, and equal number of uploaders say they are surprised by the number of people who watch their videos. 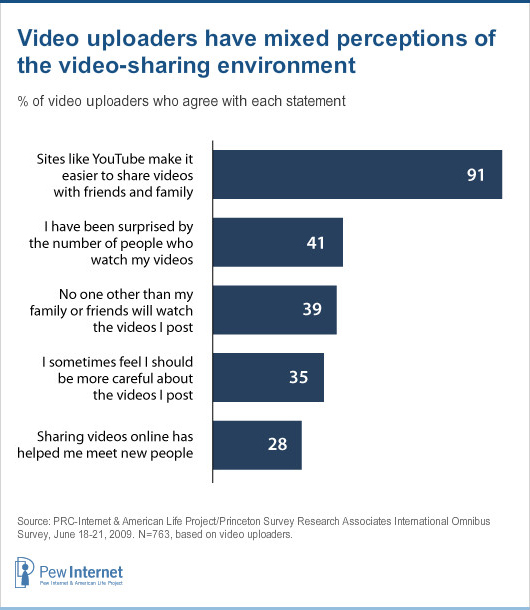 The State of Online Video Online Video Watching and Downloading
Video Uploading
Who is posting video online?Where and what are adults uploading?The video-sharing environment
Methodology