These data come from the Pew Research Center’s Internet & American Life Project. The most recent survey was conducted from November 30 to December 27, 2009, using landline and cell phones and including interviews in Spanish. Some 2,258 adults were interviewed and the overall sample has a margin of error of ± 2 percentage points.

Not all Pew Internet Project surveys include Spanish interviews, so these survey results are not completely comparable to all previous Project surveys. This latest survey finds that 74% of adults use the internet, a figure that has not markedly changed since early 2006, when we measured the online population at 73%. There is some variation from survey to survey. Here is the current profile of internet users:1 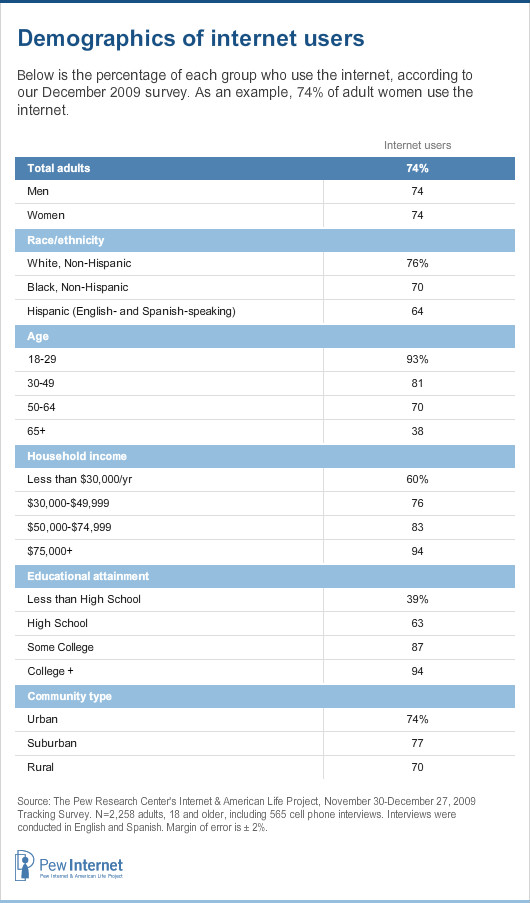 These latest figures add to a long-term picture in Pew Internet Project data that there has been little significant growth in the overall internet user population since 2006. 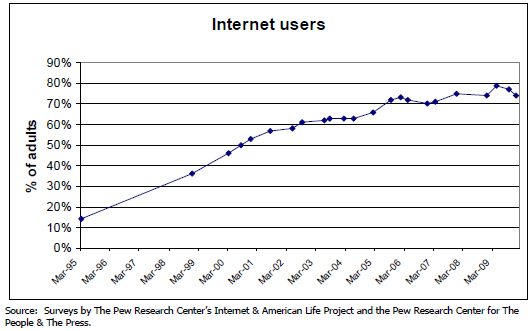 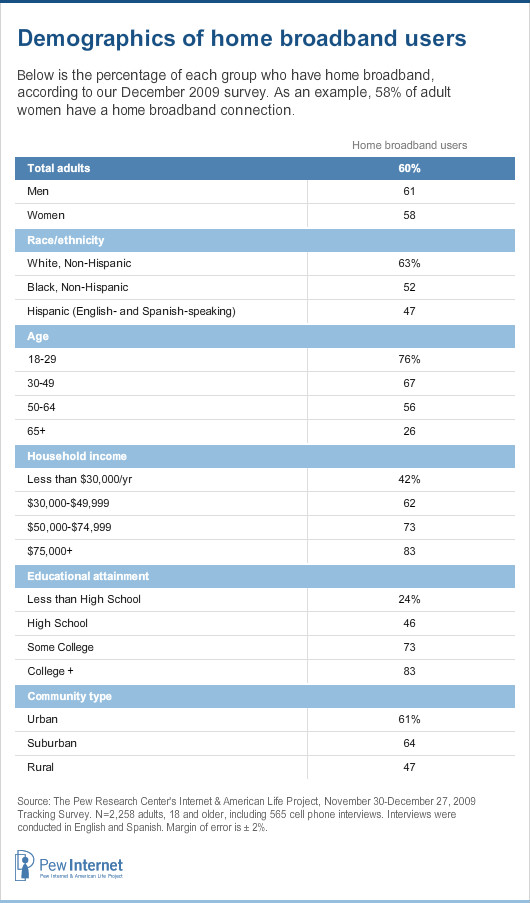 Broadband use at home has risen fairly consistently since the Pew Internet Project began to measure it in 2000, but growth rate has slowed somewhat in the general population. 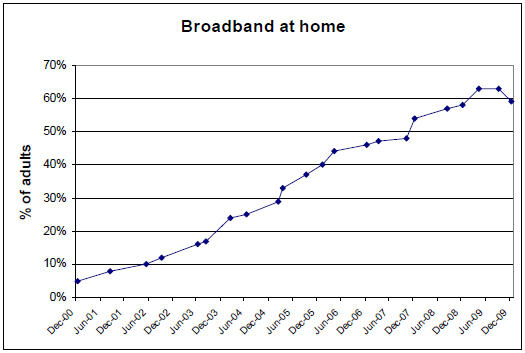 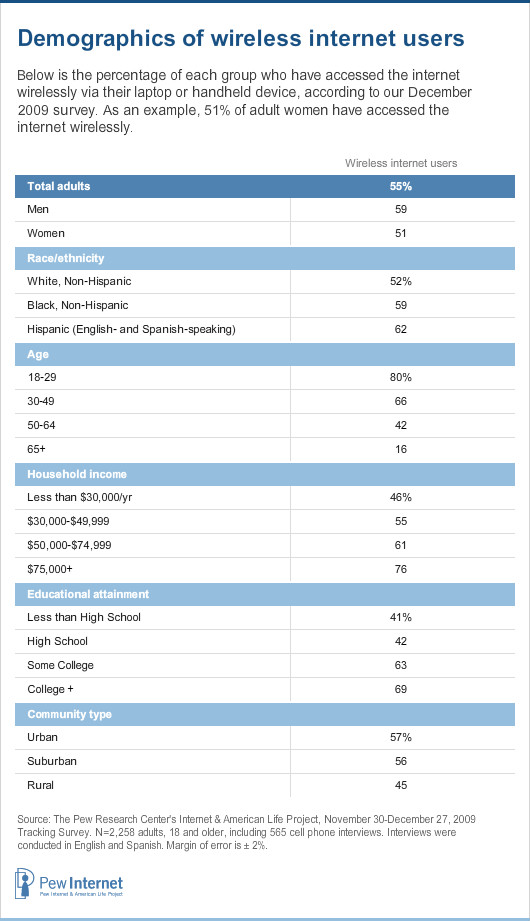 Next: About Us
← Prev Page
You are reading page1Page2Page3
Next Page →

Generations and their gadgets
Home Broadband Adoption 2009
Generations 2010
Mobile Access 2010
Adults and Cell Phone Distractions
Quiz: Are you a Core Conservative? A Solid Liberal? Or somewhere in between?
A rising share of working parents in the U.S. say it’s been difficult to handle child care during the pandemic
Views on Race in America 2019
Biden Begins Presidency With Positive Ratings; Trump Departs With Lowest-Ever Job Mark
Defining generations: Where Millennials end and Generation Z begins