Immigrants overall, Hispanic and non-Hispanic combined, assumed a greater share of the U.S. workforce and employment in 2013 than they did in 2007. That is because the ongoing inflow of non-Hispanic immigrants was sufficient to compensate for the reduced inflow of Hispanic immigrants. But since the recession started in 2007, both foreign-born and U.S.-born workers have experienced slower growth in employment than in the size of their workforces. 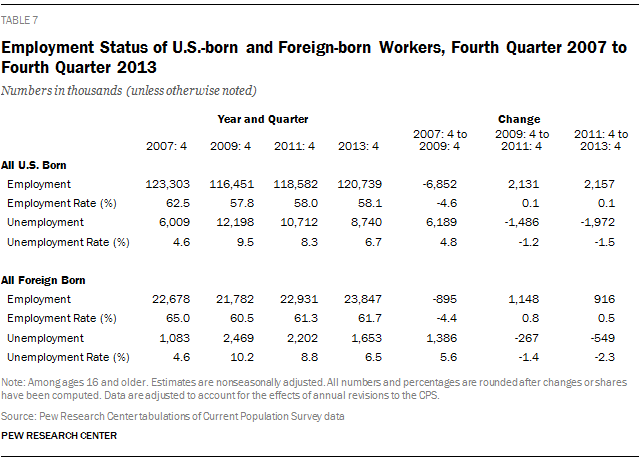 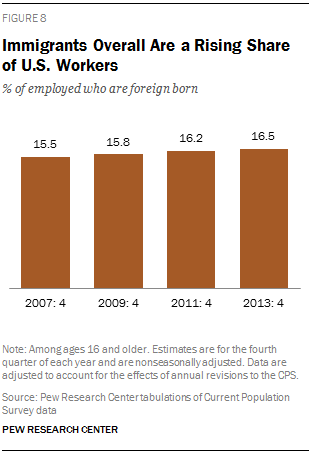 Because the foreign-born population is growing more rapidly than the U.S.-born population, the role of immigrants in the U.S. labor market continues to expand. In the past, this long-run demographic trend was driven by Latino immigrants. Since the start of the recession, the baton has passed to non-Hispanic immigrants. With respect to the working-age population, the share that is foreign-born rose from 15% in 2007 to 15.7% in 2013.14 Accordingly, the immigrant share in total employment increased from 15.5% in 2007 to 16.5% in 2013.