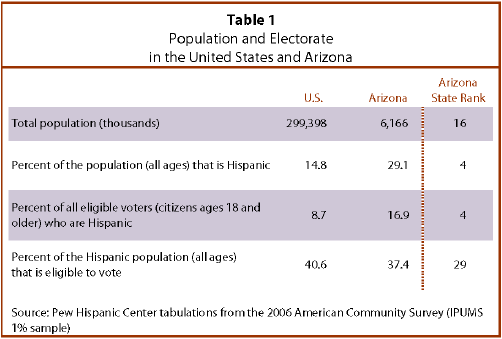 Characteristics of Eligible Voters in Arizona, by Race and Ethnicity