At the national level there have been significant shifts in the exposure of students to students of any racial or ethnic identity other than their own. These national changes have occurred in many states as well. This last section summarizes the changes that have occurred at the state level with regard to attendance at nearly all-white public schools and nearly all-minority public schools. 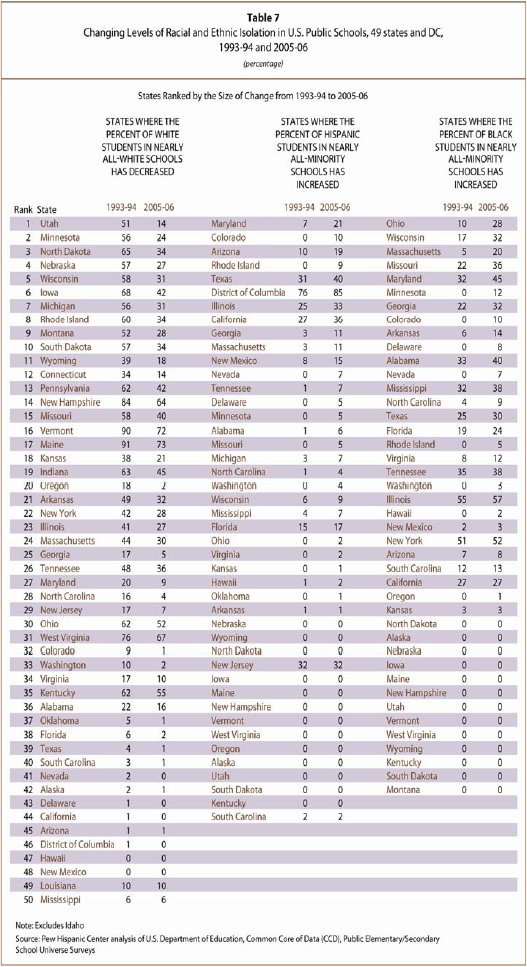 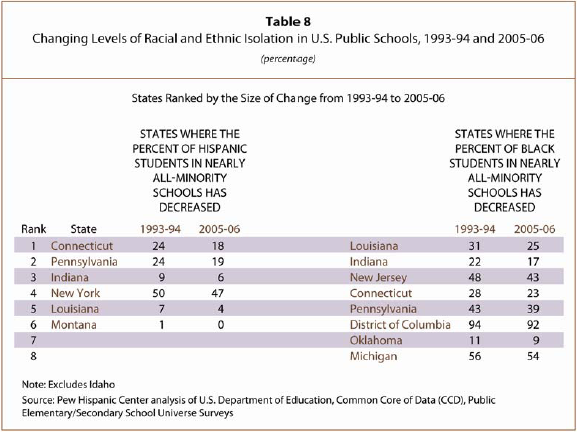 Note on the Appendix