“Latino” and “Hispanic” — the two terms are used interchangeably throughout the report and refer to adults, age 18 and older.

Over the last decade, the internet has become woven into American life, just at the time that Hispanics have become the fastest growing component of the U.S. population. By working in partnership, the Pew Hispanic Center and Pew Internet Project provide a snapshot of the intersection of these two trends – the Latino internet user population.

To begin, we offer a summary view of the Latino population in the United States.

As it has increased in numbers, the U.S. Latino population has become more diverse

Sixty percent of Latino adults were born outside the U.S. Among these immigrants, about two-thirds have lived in the country for 11 years or more. The remaining third of foreign-born Latinos are evenly split between those who have been in the States for five years or less and those who have been here for 6 to 10 years. About one-third of Hispanic immigrants are citizens of the U.S. 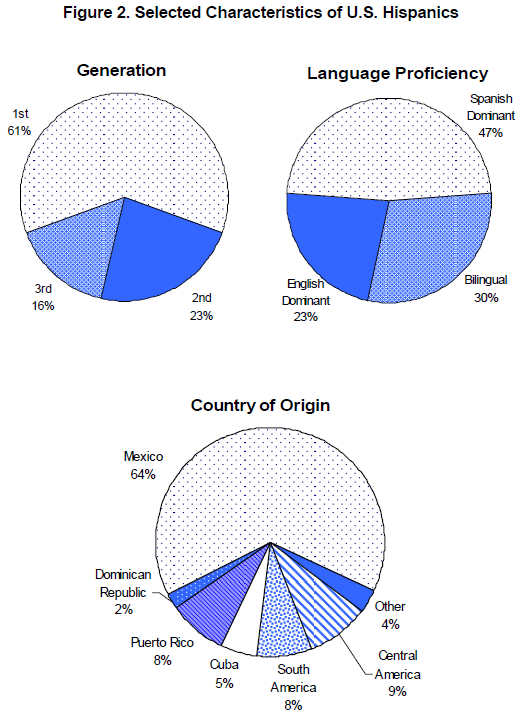