The PopuList is an ongoing project to classify European political parties as populist, far right, far left and/or euroskeptic. The project specifically looks at parties that “obtained at least 2% of the vote in at least one national parliamentary election since 1998.” It is based on collaboration between academic experts and journalists. The PopuList classifies parties that emphasize the will of the people against the elite as populist.1 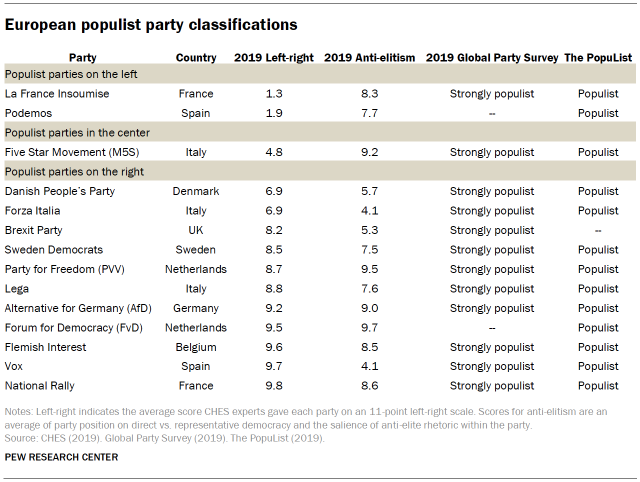