The survey in China is part of the larger Spring 2012 Pew Global Attitudes survey conducted in 21 countries under the direction of Princeton Survey Research Associates International.

Results for the survey in China are based on 3,177 face-to-face interviews of adults conducted from March 18 to April 15, 2012. It uses a multi-stage cluster sample stratified by China’s three regional-economic zones (which include all provinces except Tibet, Xinjiang, Hong Kong and Macao), representing roughly 64% of the adult population. The sample is disproportionally urban (the sample is 55% urban, while China’s population is 50% urban). Interviews were conducted in Chinese (Mandarin, Hubei, Shandong, Chongqing, Hebei, Liaoning, Guangxi, Shanghai, Jilin, Jiangxi, Sichuan, Henan, Yunnan, Jiangsu, Hunan, and Hainan dialects). Data cited are from the Horizon Consultancy Group.

The margin of sampling error is ±4.3 percentage points. For the results based on the full sample, one can say with 95% confidence that the error attributable to sampling and other random effects is plus or minus the margin of error. In addition to sampling error, one should bear in mind that question wording and practical difficulties in conducting surveys can introduce error or bias into the findings of opinion polls.

About the 2012 Pew Global Attitudes Survey 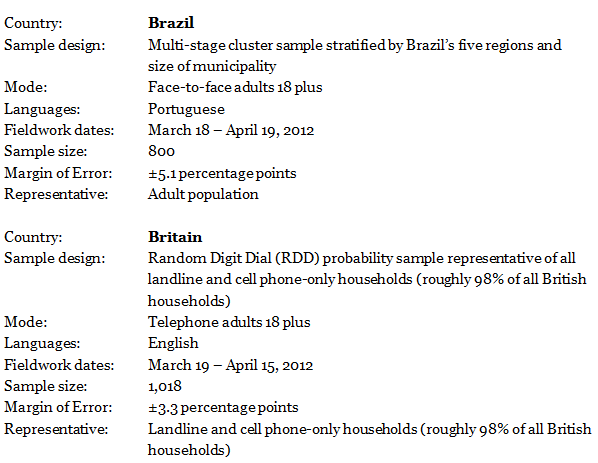 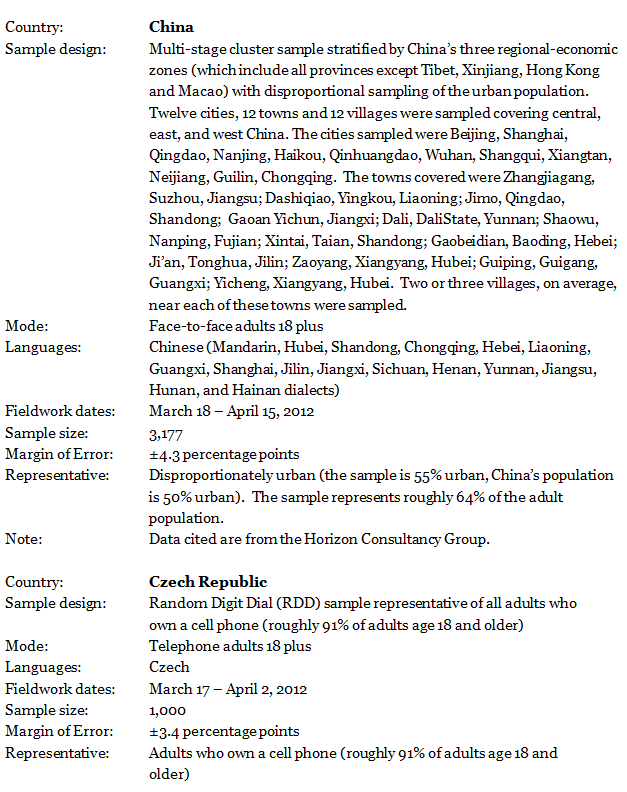 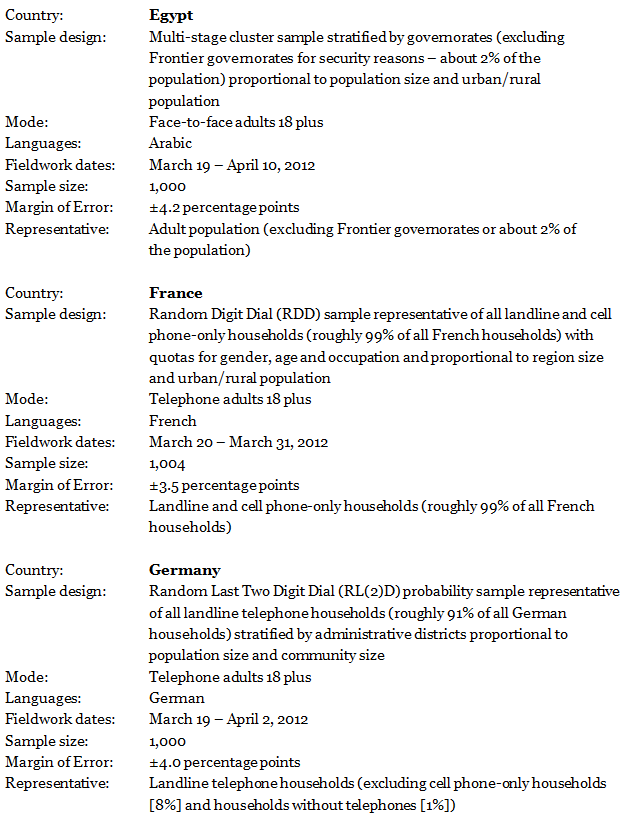 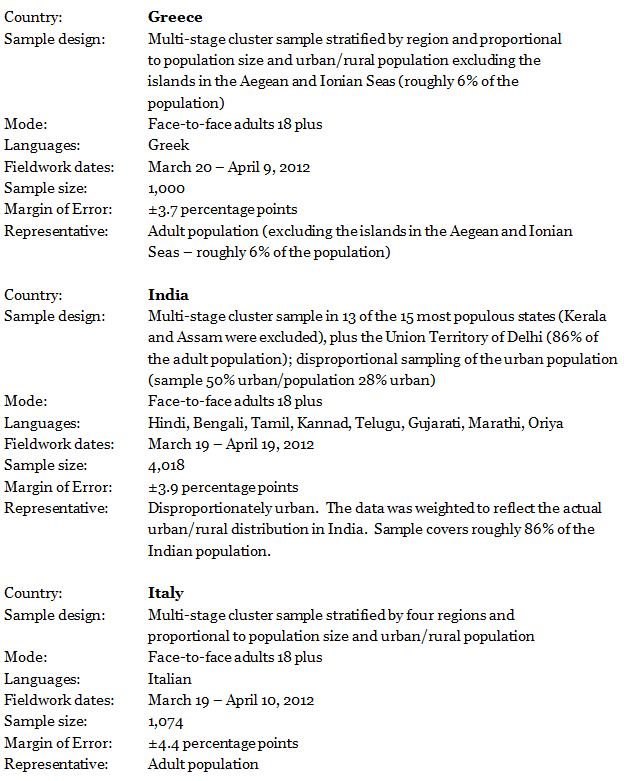 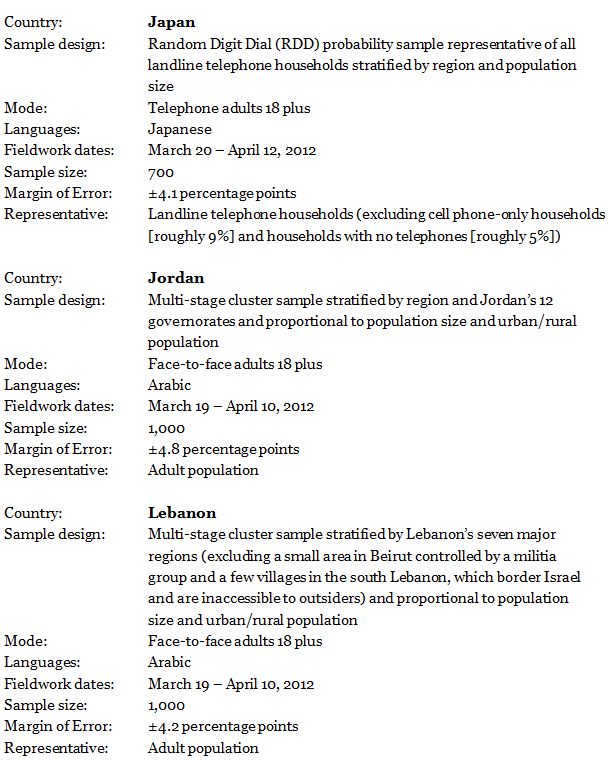 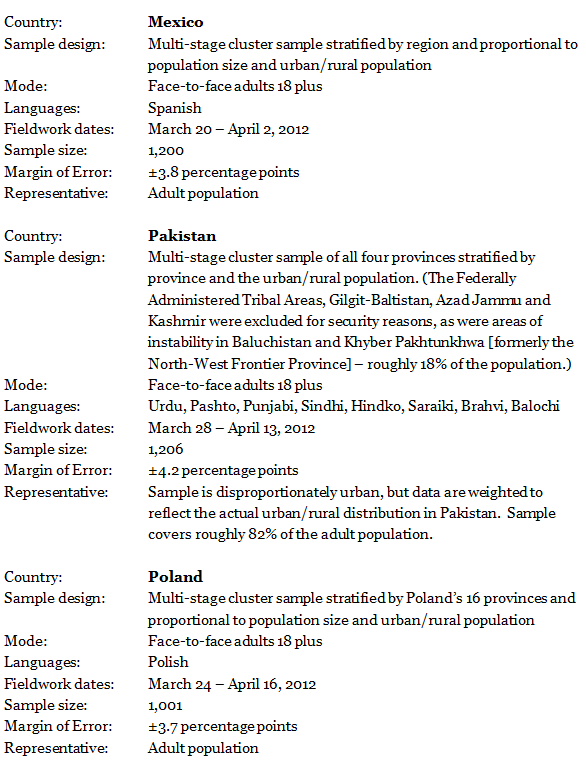 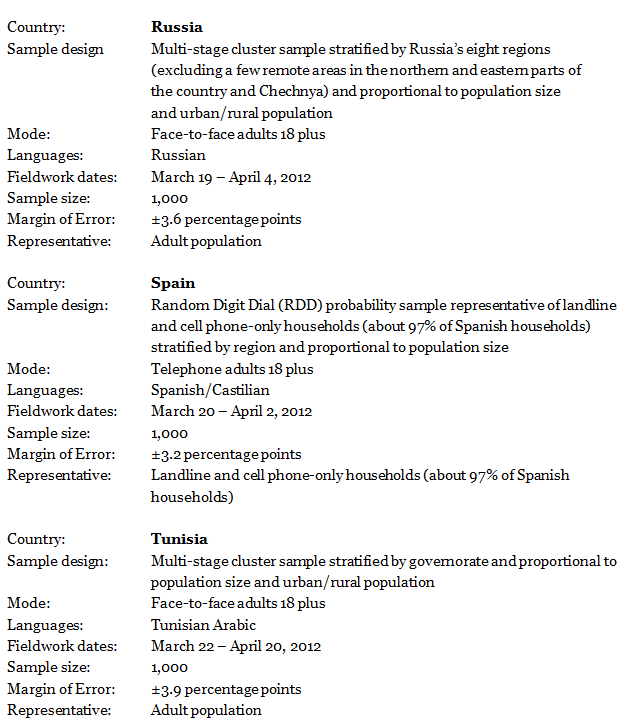 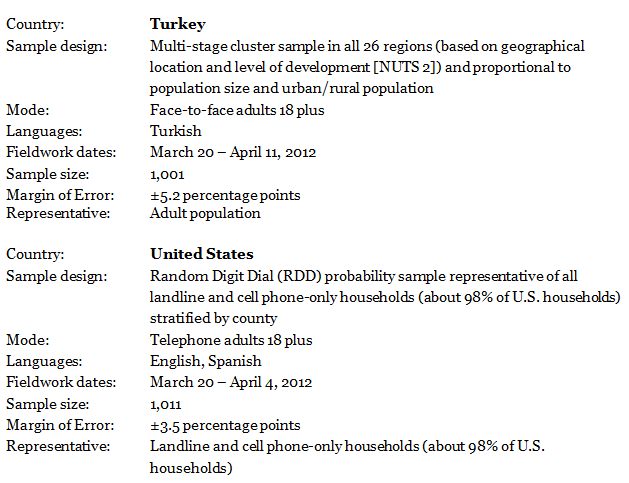