Americans have mixed views of the job performance of those who hold positions of power and responsibility in eight major U.S. groups and institutions. A key element in shaping these views is their sense of whether members of these groups act ethically and hold themselves accountable for their mistakes, according to a new Pew Research Center survey. 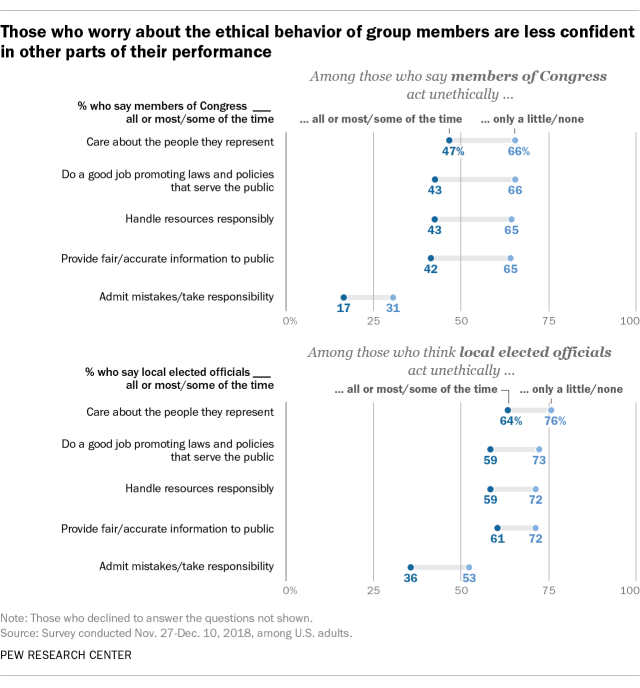 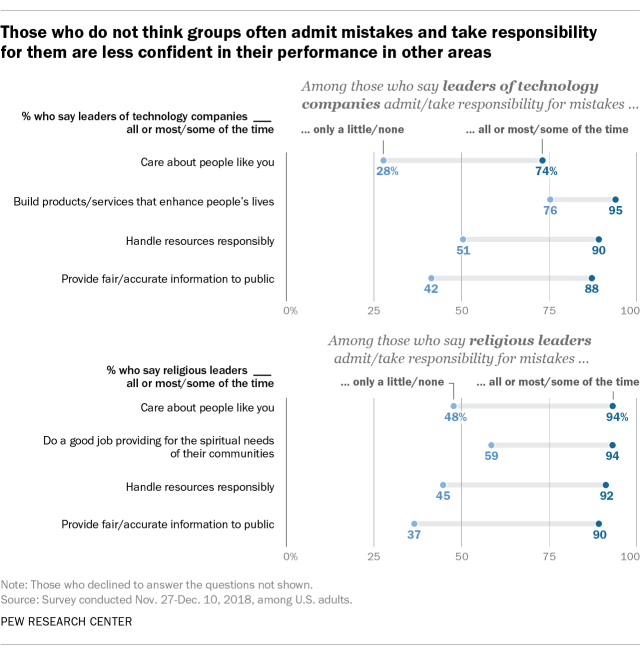 The same dynamic also applies when the performance issue is whether tech leaders “care about people like you” (28% vs. 74%), handle resources responsibly (51% vs. 90%) or provide fair and accurate information to the public (42% vs. 88%).