Lower fertility rates and aging populations have become worldwide concerns, but the G7 nations – Canada, France, Germany, Italy, Japan, the United Kingdom and the United States – have stood out for their lower birth rates and graying of their citizens since the mid-20th century, when the United Nations first recorded this data. 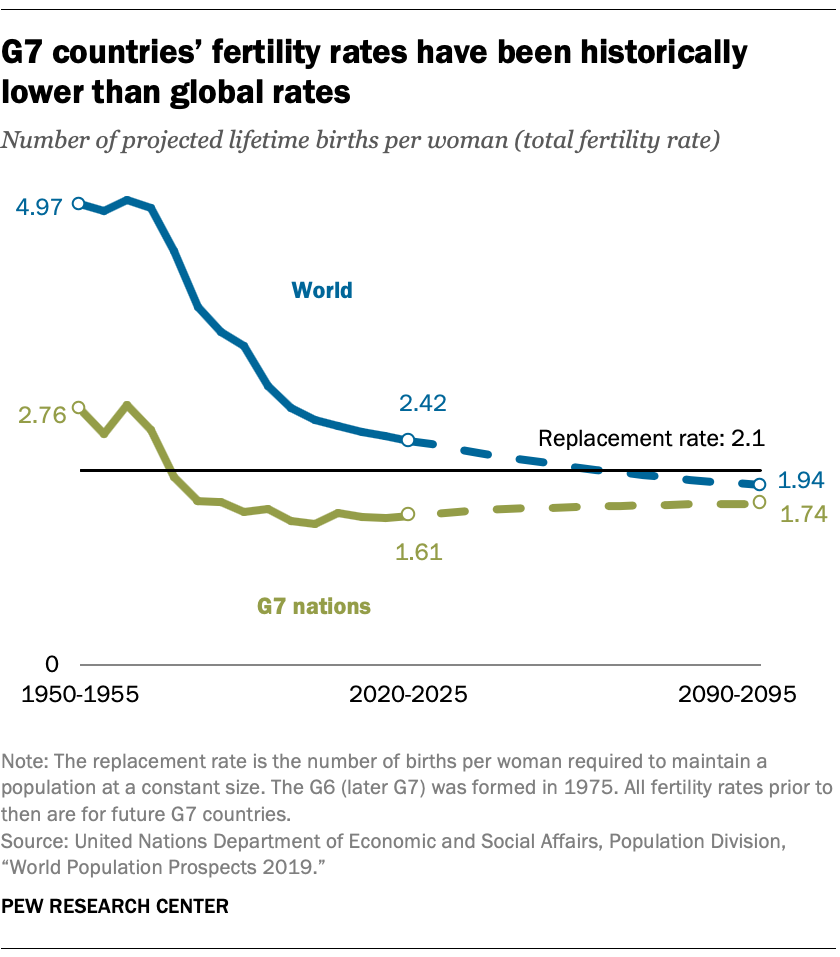 The biggest gap occurred during 1970-1975, when the group of leading industrial nations was established. At that time, the global fertility rate was 4.47 projected lifetime births per woman, but 2.03 among G7 nations. The gap between global fertility rates and those of the G7 nations has closed dramatically since then, and the UN projects that the gap between global and G7 fertility will continue to narrow.

France will preside over the 45th annual G7 summit this weekend in Biarritz. The meeting will focus on improving access to health care and education and the promotion of gender equality, among other issues. Not on the agenda is the aging of the global population, which the UN has identified as one of the most significant social transformations of the 21st century.

Japan has an especially long history of low fertility, having experienced below-replacement fertility for decades. In 2018, the Japanese government reported the lowest number of babies born since 1899, when this data was first collected. Italy recorded its lowest total number of babies born in 2018, and the Centers for Disease Control and Prevention says the U.S. hit the lowest number of births in 32 years after a continuous decline over many years. 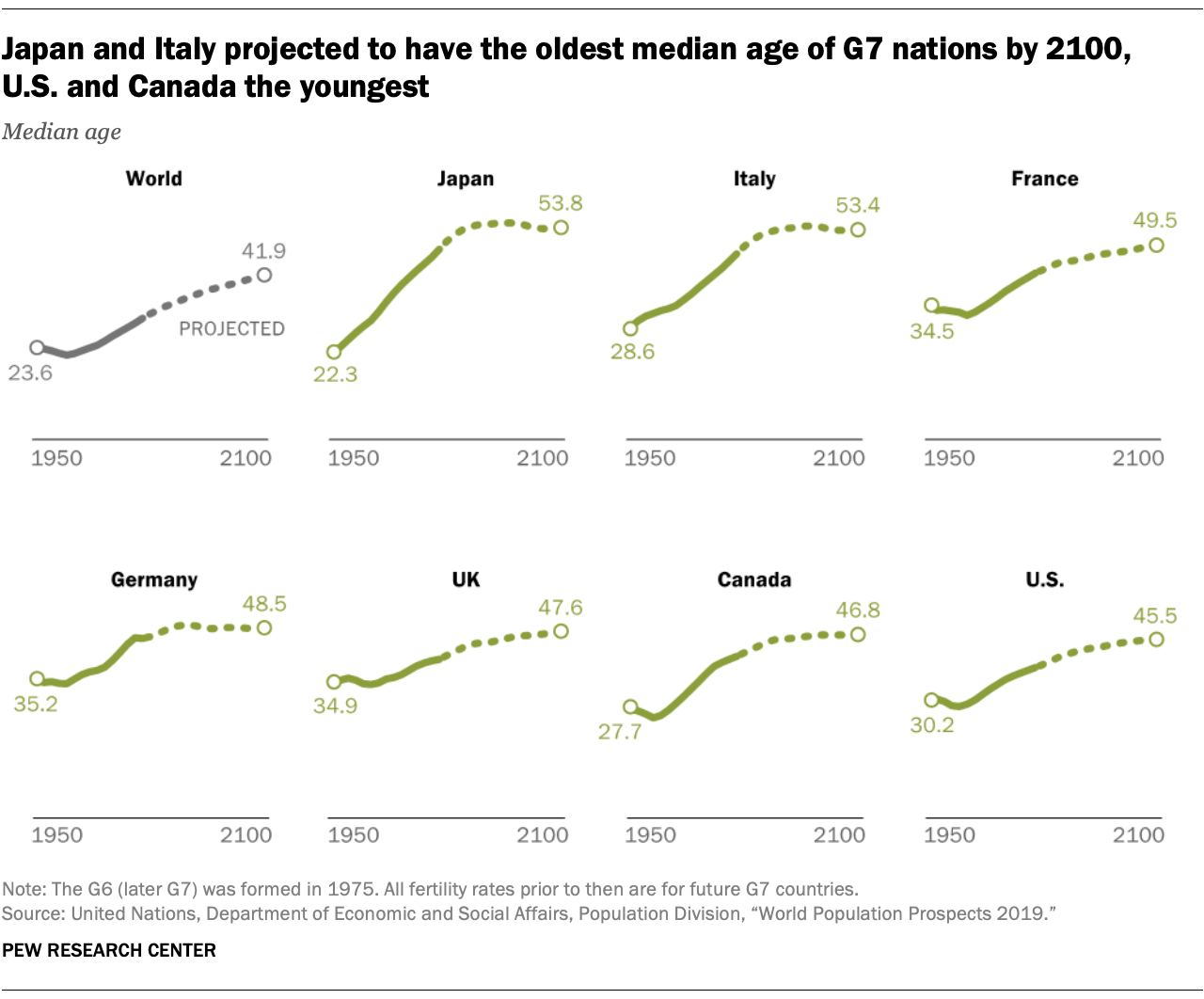 Japan and Italy especially stand out for their older populations. By 2025, the median age in Japan is projected to be slightly over 50 years old, while Italy is projected to hit that mark five years later, in 2030. The U.S. and Canada are projected to have the youngest median ages of all the G7 nations by 2100 – 45.5 and 46.8, respectively – largely due to migration to these nations from the rest of the world. Despite this migration, both the U.S. and Canada will still have older populations than the global median.

Some experts say aging populations present challenges for national economies and governments, while others argue an aging population isn’t as problematic as we would expect. An older demographic can create labor shortages – as is the case in Japan – or burden a nation’s pension system, a dilemma which Italy is facing.