The way U.S. teens spend their summer hours is changing. Compared with 10 years ago, teens ages 15 to 17 are devoting more of their time in the summer to educational activities and less time to leisure, according to a new Pew Research Center analysis of Bureau of Labor Statistics data. 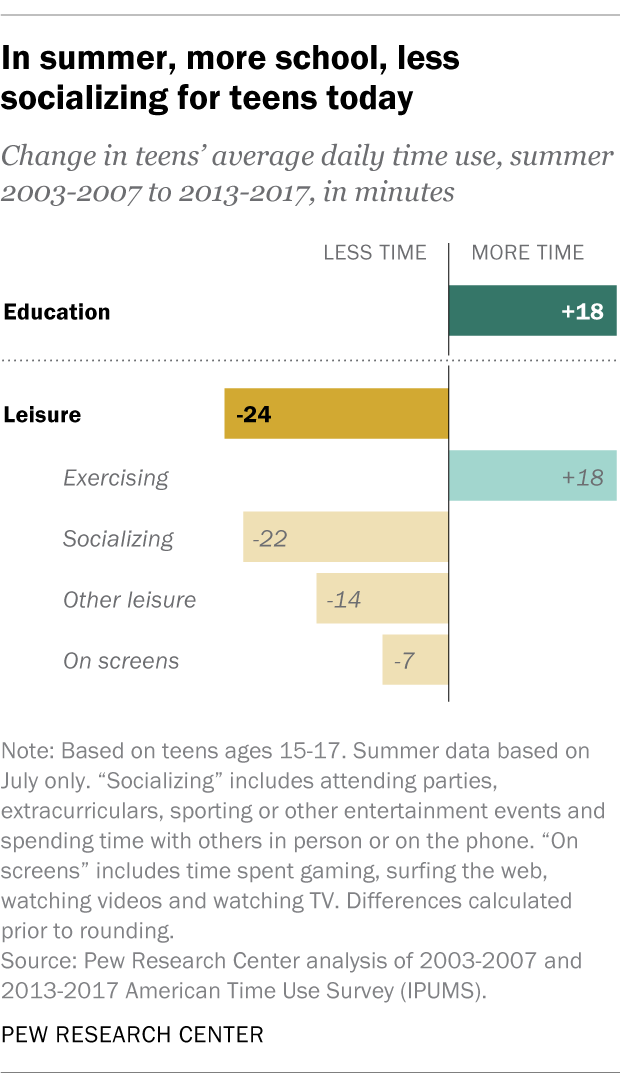 Teens now spend an average of 39 minutes a day – more than four hours a week – engaged in homework or classwork during the month of July, compared with 22 minutes a decade earlier. (This analysis of teens’ summer time use is limited to the month of July to avoid capturing experiences during the very end or beginning of the regular school year.)

Teens now spend about seven and a half hours a day engaged in leisure activities during the summer. While this still accounts for the bulk of their waking hours, it represents a 24-minute decline from a decade ago. This decline has been largely driven by a 22-minute drop in time spent socializing or going to entertainment or sporting events.

On the flip side, teens now spend 18 more minutes a day in active pursuits such as playing sports or exercising compared with teens a decade ago. What has not changed substantially is the amount of time they spend on screens in the summer: Teens now devote more than three and a half hours a day to activities such as gaming, watching TV, surfing the web and watching videos – a figure that has ticked down only slightly in the past decade.

While there have been some shifts in the way teens spend their summertime hours, bigger differences are evident when comparing the summertime with the school year (defined here as September through June). Teens spend about two more hours per day on leisure activities in the summer than in the school year; 53 more minutes per day working; 49 more minutes sleeping; and about four hours less on education.

Most of the analyses are based on respondents in the 2003-2007 and the 2013-2017 ATUS samples. For all time points, multiple years of data were combined in order to increase sample size. 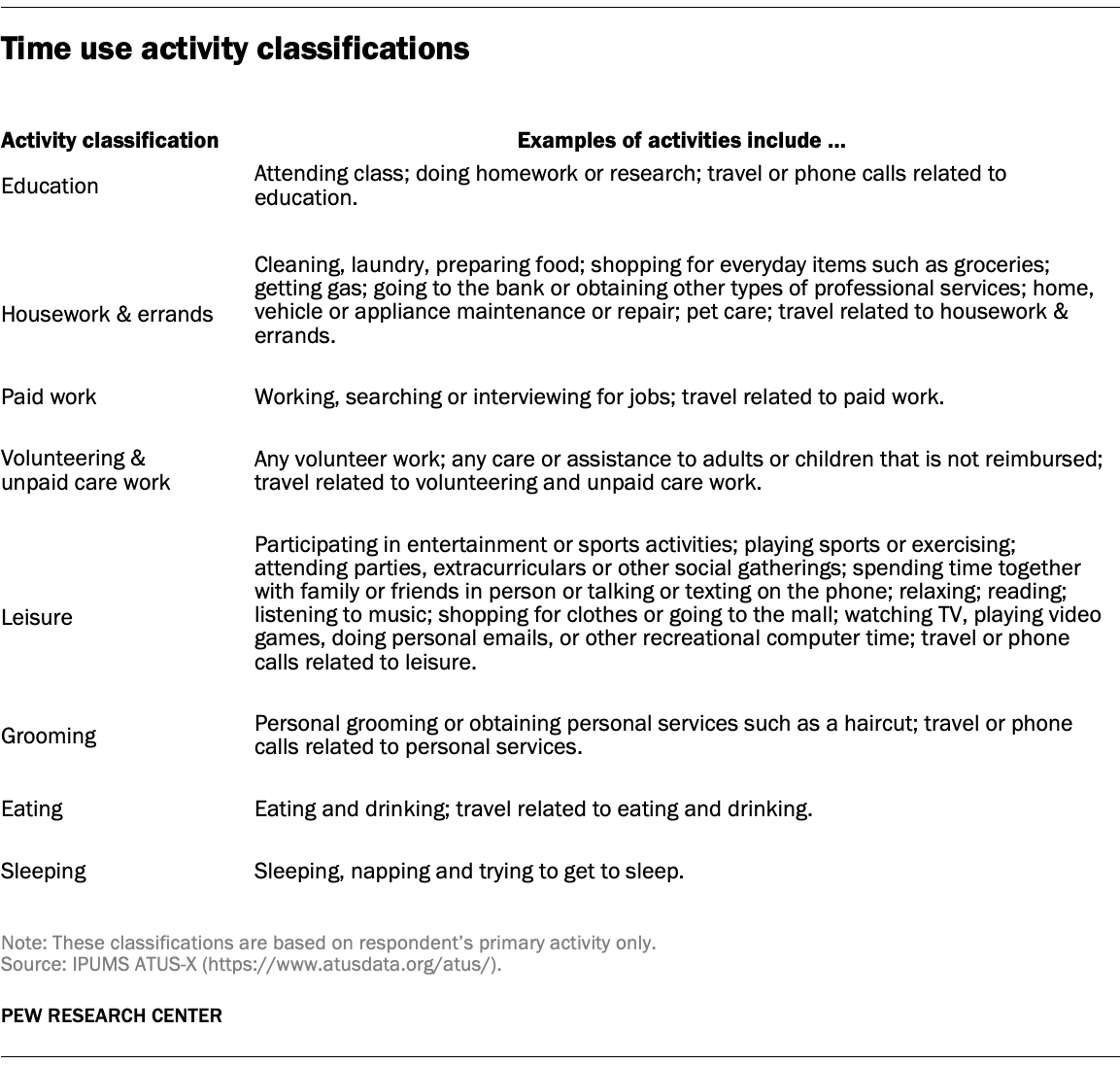