Six-in-ten Americans believe scientists should play an active role in policy debates over issues related to their expertise. But the public’s views divide along party lines, according to a new Pew Research Center survey. 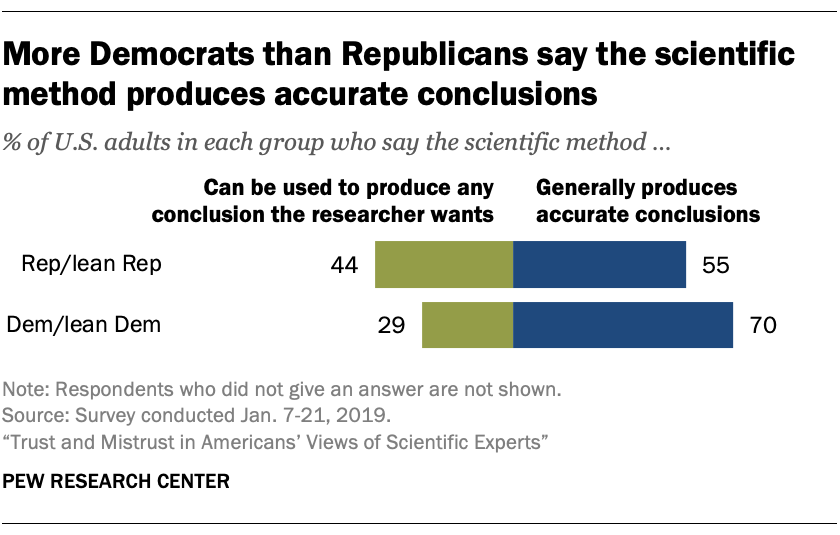 There’s a common supposition in the scientific community that people who know and understand more about science should hold more positive views about it. But the data from the Center’s survey points to a more complicated story.

While Americans’ factual knowledge about science is associated with their views about scientific experts, the effect depends on their partisan lens. 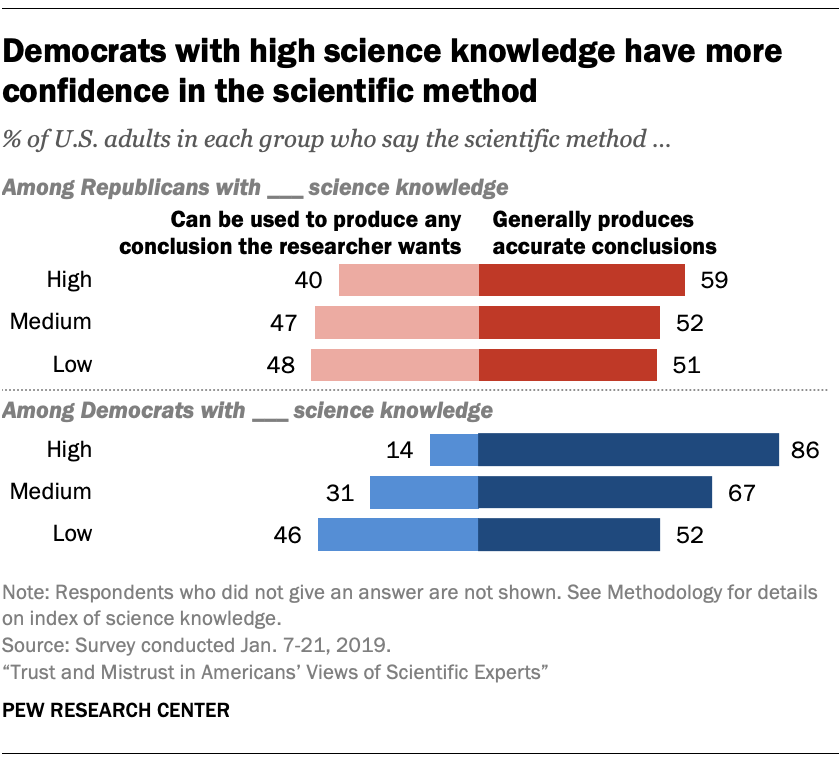 Two examples illustrate this pattern. Democrats with a high degree of science knowledge are much more likely than those with low science knowledge to say the scientific method generally produces accurate conclusions (86% vs. 52%). Among Republicans, however, there are only modest differences by science knowledge on this question. 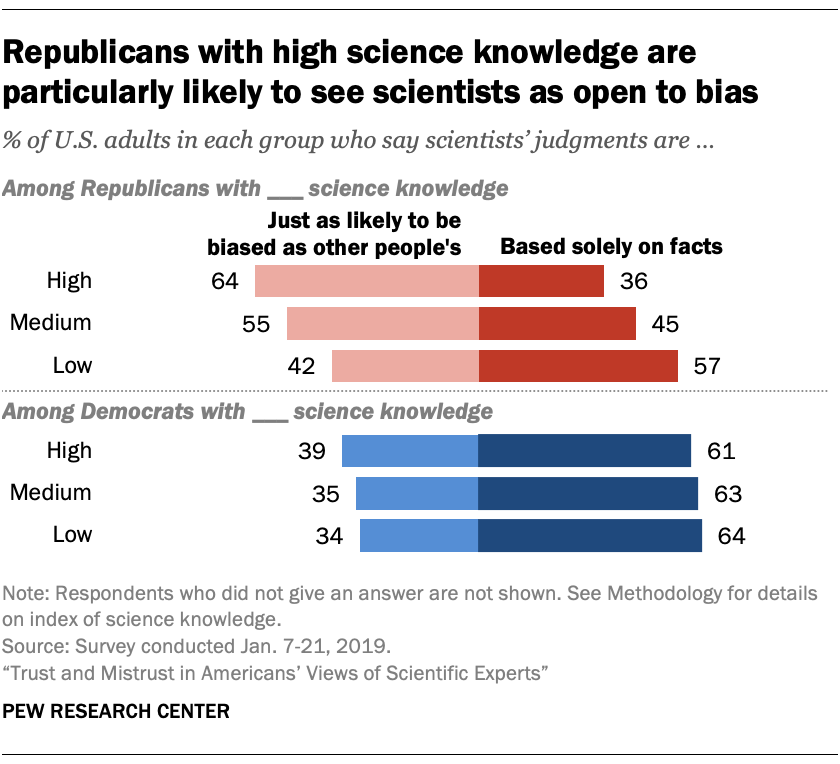 Note: See the Methodology section of the main report for more information on the index of science knowledge.