Lesbian, gay and bisexual Americans tend to be more skeptical of churches and other religious institutions than straight adults, according to a new analysis of a 2014 Pew Research Center survey of more than 35,000 U.S. adults.

These views may not be a surprise: In a separate survey conducted by the Center in 2013, many LBGT Americans told us that they feel major religions are unfriendly toward LGBT people. 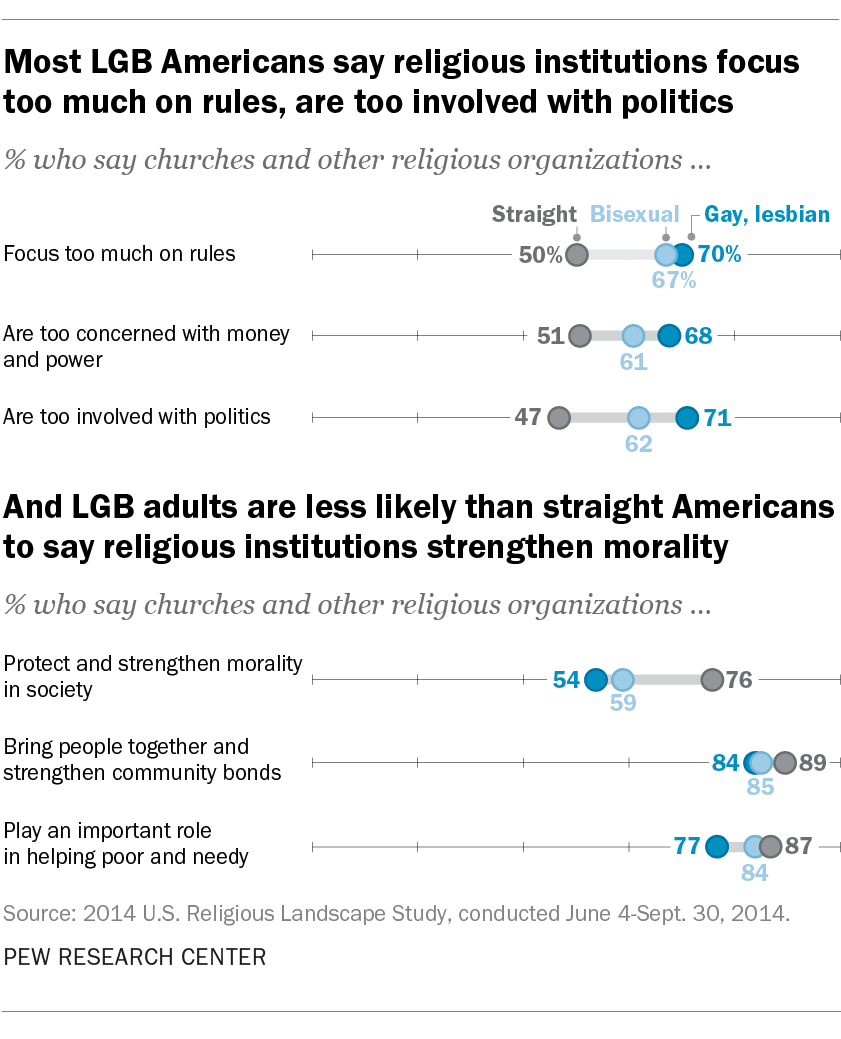 In the 2014 survey, about seven-in-ten lesbian, gay and bisexual adults said churches and other religious organizations focus too much on rules, compared with half of straight adults who said this. LGB adults were also much more likely than straight adults to say churches are too involved in politics (66% vs. 47%) and are too concerned with money and power (64% vs. 51%). Conversely, lesbian, gay and bisexual Americans were less likely than straight Americans to say churches protect and strengthen morality. (The survey asked respondents whether they identify as lesbian, gay, bisexual or straight, but did not ask about other types of identity related to gender and sexuality.)

On some questions about the role of religious organizations in society, gays and lesbians differ from bisexuals. For example, gay and lesbian adults were more likely than bisexuals to say churches are too concerned with money and power (68% of gays and lesbians said this, vs. 61% of bisexuals) and are too involved in politics (71% vs. 62%).

Despite LGB adults’ overall high levels of concern about churches’ involvement in politics and emphasis on rules, they are more in step with straight adults when it comes to one perceived positive attribute of religious institutions: More than eight-in-ten in each group said churches bring people together and strengthen community bonds. Additionally, bisexuals (84%) were almost as likely as straight adults (87%) to say churches play an important role in helping the poor and needy, while three-quarters of gay and lesbian Americans (77%) shared this view.

Although LGB and straight Americans generally agree about some positive attributes of churches, straight adults appear to be more involved in volunteer efforts for religious organizations. 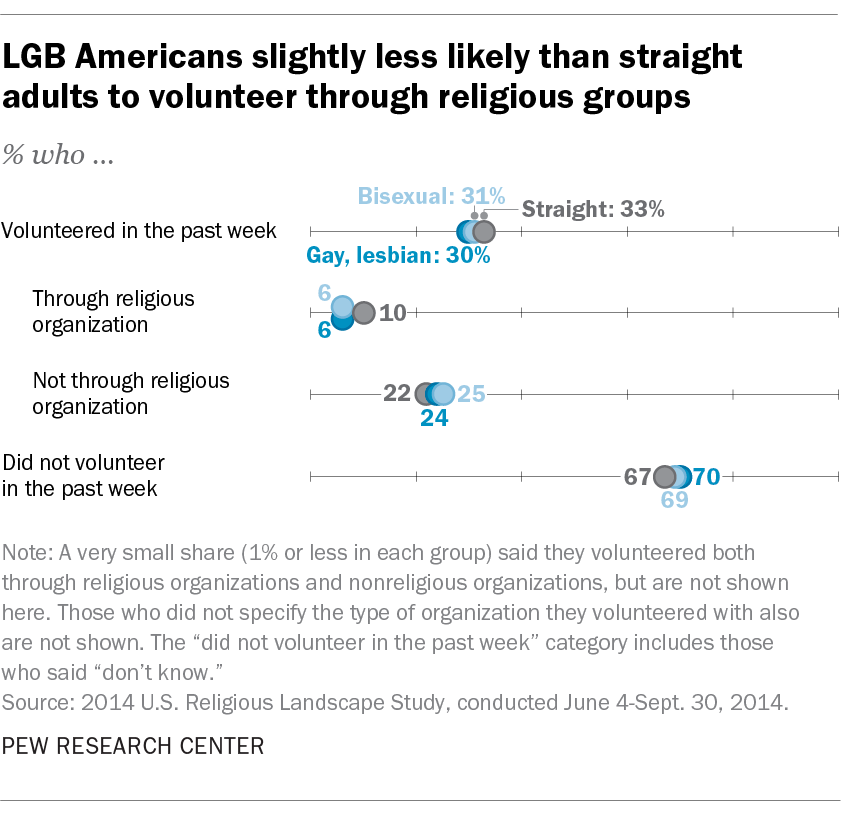 LGB adults were about as likely as straight adults to say they volunteer in general – roughly three-in-ten in each group reported doing so in the week before the survey was conducted. But LGB Americans were slightly less likely to say they volunteered through a religious organization (6% of LGB adults said this, compared with 10% of straight adults). This aligns with the Center’s findings that LGB Americans are less likely to be affiliated with a religious group and less religious by traditional measures.