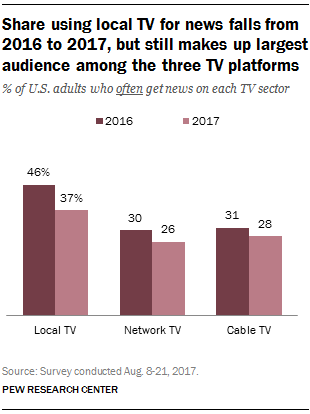 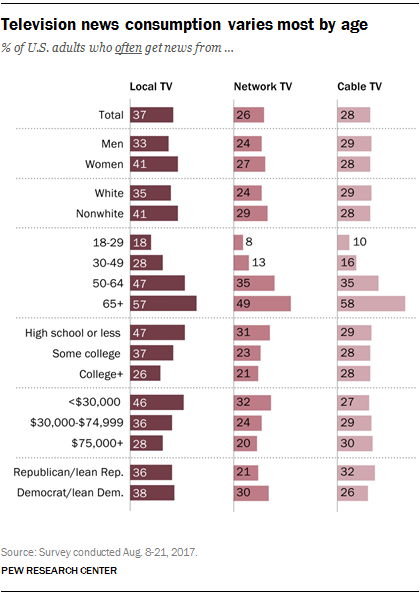 Americans’ online news use is closing in on TV news use
Social media outpaces print newspapers in the U.S. as a news source
5 facts about the state of the news media in 2017
America's news anchors are less recognizable now, but network news is still alive
Local TV audiences bounce back
So far, Trump has granted clemency less frequently than any president in modern history
Biden Begins Presidency With Positive Ratings; Trump Departs With Lowest-Ever Job Mark
Almost all U.S. presidents, including Trump, have been Christians
How we know the drop in Trump’s approval rating in January reflected a real shift in public opinion
What Biden and Trump voters say they want the other candidate’s supporters to know about them