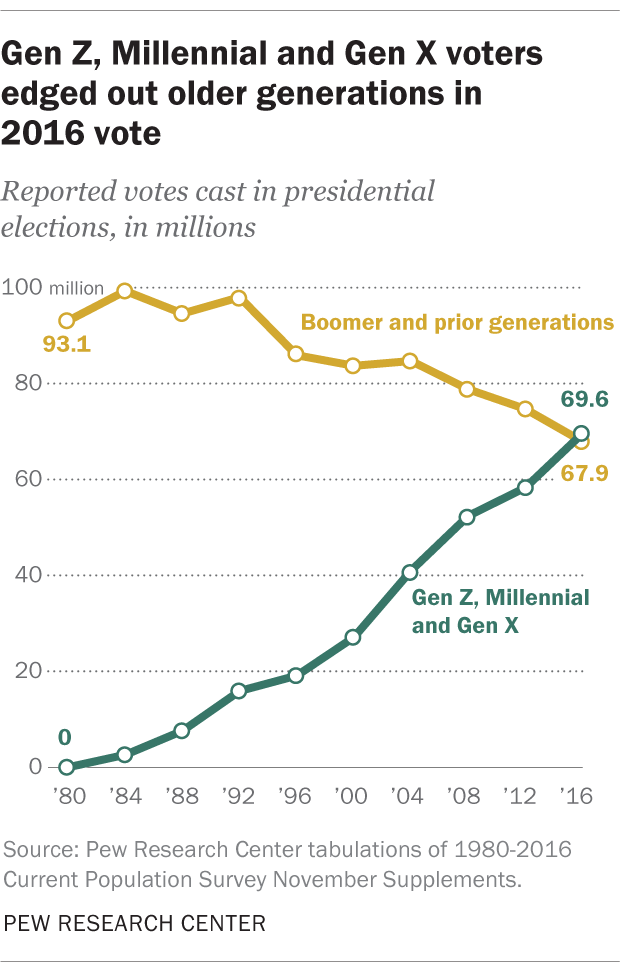 Baby Boomers and other older Americans are no longer the majority of voters in U.S. presidential elections. 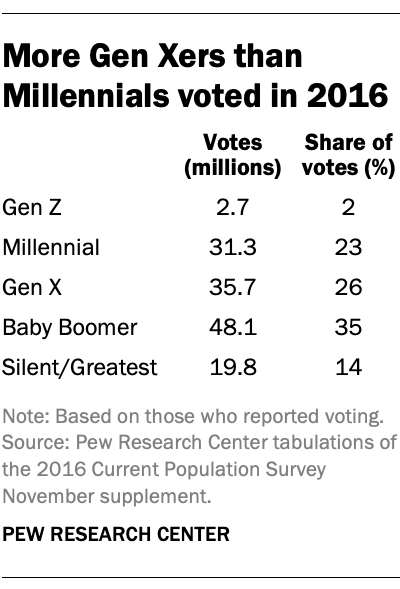 Generation Zers, Millennials and Generation Xers cast 69.6 million votes in the 2016 general election, a slight majority of the 137.5 million total votes cast, according to a Pew Research Center analysis of Census Bureau data. Meanwhile, Boomers and older voters represented fewer than half of all votes for the first time. The shift has occurred as Millennials accounted for a growing share of the electorate and as those in the Silent and Greatest generations aged and died.

It is likely, though not certain, that the size of the Millennial vote will approach the Gen X vote in the 2020 presidential election. The Millennial generation as a whole is larger than Gen X in absolute size. In addition, the ranks of the nation’s Millennials are growing faster than older generations due to immigration, which is likely to be accompanied by increased naturalizations. As a result, Millennials are closing in on Boomers as the largest generation in the electorate.

In addition, while voter turnout is difficult to predict, the general pattern is that as a generation ages its turnout rate more closely matches that of the next older generation. Consequently, the difference in turnout between Millennials and Gen Xers is expected to narrow in 2020 (63% of Gen X eligible voters reported voting in 2016, versus 51% of Millennials). 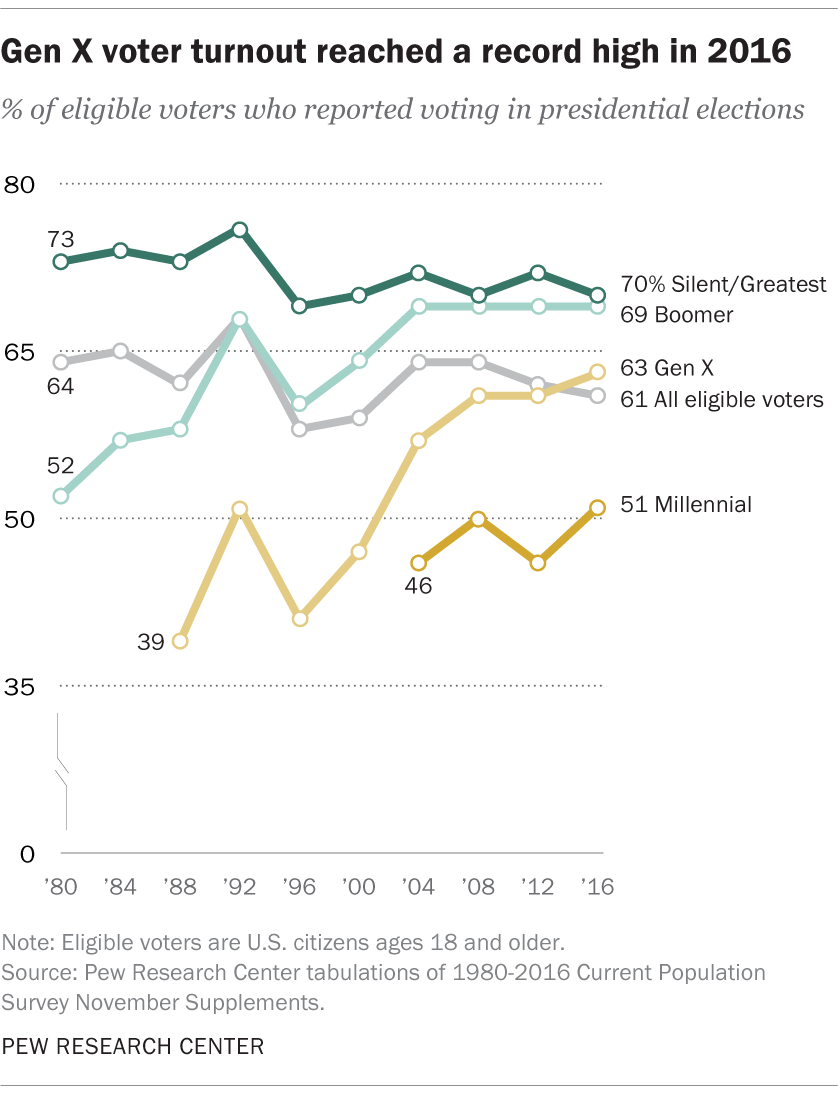 The growing Millennial vote is not the only reason that Boomers and other older generations are no longer the majority of voters. The 35.7 million votes Gen Xers cast in 2016 were the most ever cast by this generation. Generation X was the only generation whose voter turnout rate peaked in 2016. In addition, the number of Gen Xers eligible to vote was greater in 2016 than in prior presidential elections (again due to naturalizations).

The oldest members of the post-Millennial generation (those born after 1996, those ages 18-19 in this analysis) reported casting nearly 3 million votes in the first presidential election in which they were old enough to vote.

The Baby Boomer vote peaked at 50.1 million votes in the 2004 election. With turnout stuck at 69% among this generation in presidential elections since 2004, the declining Boomer vote reflects the declining number of Boomers eligible to vote (due to death and emigration).

Note: This post was originally published on July 31, 2017, under the headline “Millennials and Gen Xers outvoted Boomers and older generations in 2016 election,” which reflected the Center’s definition of Millennials at the time (born between 1981 and 1998). It was updated May 20, 2019, to reflect the Center’s revised definition, under which Millennial births end in 1996.