When Pope Francis – the first Latin American pontiff – arrives in the U.S., he will find a Catholic public that increasingly has roots in Latin America, as Latinos now make up 34% of all American Catholic adults. 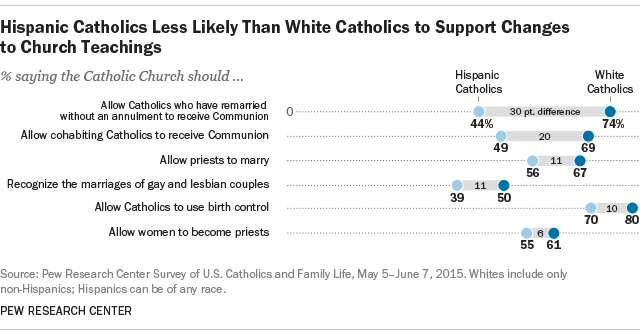 For example, while majorities of white Catholics believe the Catholic Church should allow those who are living with a romantic partner without being married (69%) or who have divorced and remarried without an annulment (74%) to receive Communion, roughly half of Latino Catholics say the same (49% and 44%, respectively). 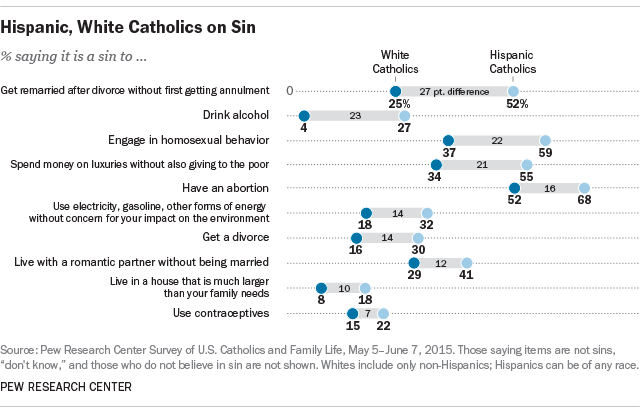 Latino Catholics also are more likely than white Catholics to say it is sinful to live in a house that is much larger than your family needs (18% vs. 8%), and to use electricity, gasoline and other forms of energy without concern for one’s impact on the environment (32% vs. 18%).