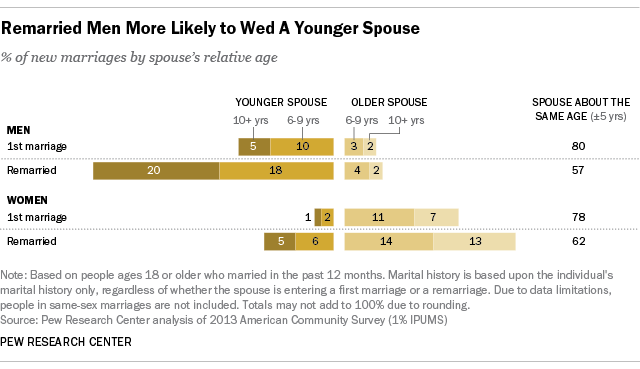 There’s a common stereotype that American men who remarry are especially likely to walk down the aisle with a younger woman. A new Pew Research analysis of census data finds that’s largely true. 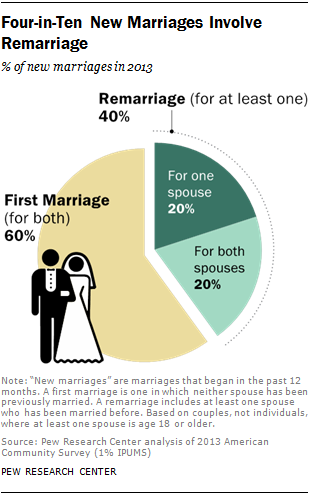 On the whole, remarriage is on the rise – four in ten new marriages include at least one partner who has been married before, according to a recent Pew Research Center report. The number of adults who have ever remarried now stands at 42 million—a threefold increase since 1960.

This analysis is based upon recently released data from the 2013 American Community Survey (ACS), and focusses on adults who have married in the past 12 months. Due to data limitations, individuals in same-sex marriages are not analyzed.

Over half (57%) of newly remarried men have a partner who is within 5 years of their age, compared with 80% of newlywed men in their first marriage.

The likelihood of having an older wife does not differ markedly for newlyweds in a first versus a subsequent marriage—6% of men who remarried, married someone at least 6 years older, as did 5% of those who married for the first time.