Motivations behind hate crimes have shifted significantly in recent years, with the biggest jump in hate crimes that, according to the victims, were based on ethnicity bias. Ethnicity, defined as a victim’s “ancestral, cultural, social or national affiliation,” was cited as a reason in 51% of cases reported in 2012, up from 30% in 2011 and 22% in 2004, according to a new report from the Bureau of Justice Statistics. 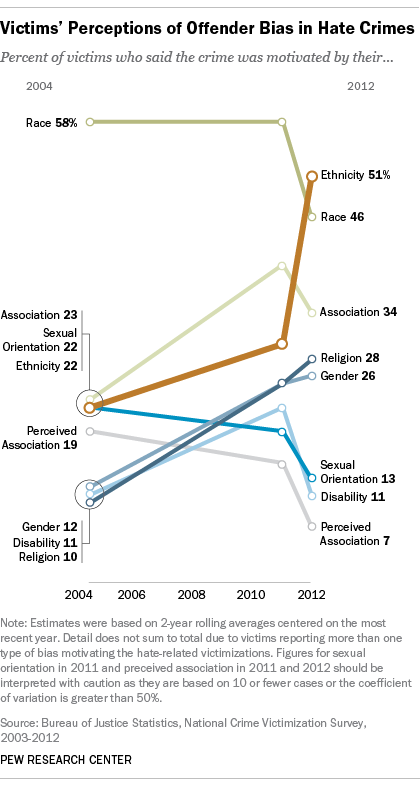 Changes were much less dramatic for other hate-crime motives tracked by the government. Hate crimes in which race and sexual orientation were cited showed a decline between 2004 and 2012, from 58% to 46%, while hate crimes motivated by a person’s disability remained about the same (11%). The BJS noted that in many cases, victims reported more than one bias motivation for the same crime.