In the U.S. and many other nations, it’s no longer unusual for women to have a first child at age 35 or even 40. In Canada, this rise in births to older mothers has produced a striking turnabout: For the first time on record, birth rates are higher for women in their late 30s than in their early 20s. 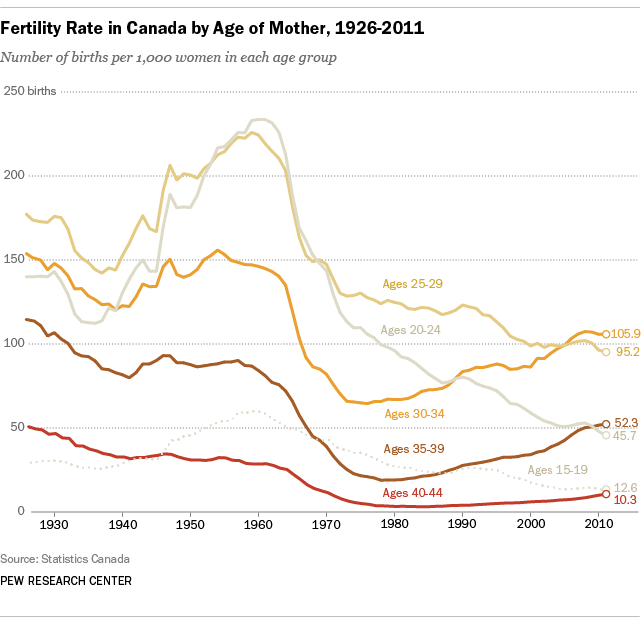 The age of first-time motherhood has been rising—in 2011, the average first-time Canadian mother was 28.5 years old. This trend has taken hold as other markers of adulthood also have been delayed: Women (and men) have taken longer to complete their education, establish themselves at work, achieve financial independence from their parents and get married. Improved birth control methods also have enabled women to postpone motherhood.

By way of comparison, U.S. first-time mothers were on average 25.6 years old in 2011, nearly three years younger than in Canada. Although the birth rate for women in their early 20s has declined, it remains well above the generally rising rate for women in their late 30s. And only about 40% of 2011 births were to women ages 30 and older, not a majority.