President Obama wants you to know that he’s doing his best on foreign policy. In striking comments Monday, he complained that his critics – mainly on the right – have got it all wrong when they say he’s a weak leader who has diminished America’s global standing. 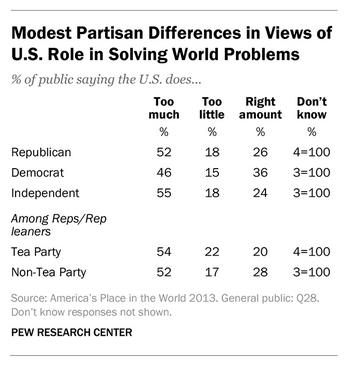 Republicans, particularly would-be 2016 contenders from Chris Christie to Scott Walker to Marco Rubio, beg to differ. And they sense an opportunity to re-establish the GOP’s longstanding edge on foreign policy, a position the party lost in the blood-stained sands of Iraq.

So why might this GOP critique not be a winning campaign theme? The problem is that even though the public clearly thinks the United States is slipping under weak, disengaged leadership, it too is disengaged from foreign affairs and holds very conflicted views on the subject, especially regarding what to do about world trouble spots.