Defense Secretary Leon E. Panetta today announced a lifting of the ban on military women in combat roles. In December 2011, the Pew Research Center examined the roles and attitudes of female military veterans and found that, while many combat roles were withheld from female veterans, women in the military did report experiencing combat and had many of the same issues as men during their transition back into civilian life. 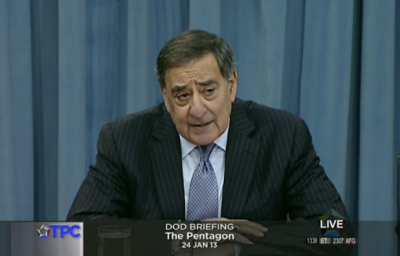 Prior to today’s announcement, the Department of Defense prohibited the assignment of women to any “unit below brigade level whose primary mission is direct ground combat,” but while this excluded women from roles like infantry and special operations commandos, many servicewomen in combat-related roles could still find themselves in situations that required combat action. For example, DOD policy changes in the early 1990s allowed women to fly combat aircrafts and serve on combat ships.

These findings are based on a nationally representative Pew Research survey of 1,853 military veterans conducted July 28-Sept. 4, 2011, an analysis of the July 2010 Current Population Survey Veterans Supplement (N=9,739 veterans), and participation trends and other demographics from two Department of Defense publications.

See also our entire series based on the 2011 survey of the military and the public, The Military-Civilian Gap.

Women in the U.S. Military: Growing Share, Distinctive Profile
Iraq and Public Opinion: The Troops Come Home
For Many Injured Veterans, A Lifetime of Consequences
Broad Support for Combat Roles for Women
The Difficult Transition from Military to Civilian Life