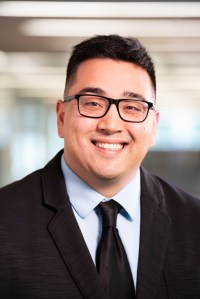 Sono Shah is a computational social scientist on Pew Research Center’s Data Labs team. He focuses on the application of computational social science methods to a variety of topics around the center, including race and ethnicity as well as political rhetoric. Shah is a contributing author of studies about how Democrats and Republicans behave on Twitter, how members of congress use social media platforms and others. Before joining the Center, Sono worked as a Center Associate at UC Riverside’s Center for Social Innovation and as a researcher at AAPI Data. He received his doctorate in Political Science from the University of California Riverside. His graduate work explored the role that race and ethnicity play in campaign contributions to congressional candidates. Sono’s academic work includes research on Asian American political attitudes and political behavior, the role of elite rhetoric on attitudes, and civic participation.

One-in-five federal, state and local candidate tweets in 2022 have mentioned race, abortion, education or the economy.

What It Means To Be Asian in America

In a new analysis based on dozens of focus groups, Asian American participants described the challenges of navigating their own identity in a nation where the label “Asian” brings expectations about their origins, behavior and physical self. Read on to see, in their own words, what it means to be Asian in America.

Politics on Twitter: One-Third of Tweets From U.S. Adults Are Political

Roughly one-quarter of American adults use Twitter. And when they share their views on the site, quite often they are doing so about politics and political issues.

The 2020 election featured dramatic increases in lawmaker posts and audience engagement, but less overlap in the sources shared by members of each party.

Here are some key takeaways for how the public engaged with Team USA on Twitter during the Tokyo Olympics.

From 2016 through 2019, lawmaker mentions of Asian Americans on social media – either of the population at large or of smaller subgroups – followed a relatively predictable pattern.

Though not especially productive in passing bills, the 116th Congress set new marks for social media use

Voting members of the 116th Congress collectively produced more than 2.2 million tweets and Facebook posts in 2019 and 2020.

Social media activity by members of Congress changed in notable ways following the rioting at the Capitol by supporters of President Trump.

← Prev Page
You are reading page1Page2Page3Page4
Next Page →