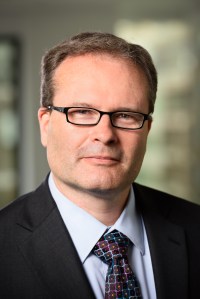 The United Nations is broadly credited with promoting peace and human rights as younger adults are more supportive of cooperation with other countries.

Despite criticism from the West on his actions in the Ukraine, Russian President Vladimir Putin faces far fewer questions from a public that draws a distinction between support for separatist rebels and having a direct role in the continued violence in eastern Ukraine.

In countries near Syria, widespread fear about the spread of violence, extremists

Middle East worries about spreading violence and a possible triumph by extremists in Syria have been evident in Pew Research surveys the past two years.

Fact Tank sat down with James Bell, Pew Research’s director of international survey research, to discuss how the center designs and implements its surveys in places of conflict like Ukraine.

Most in Russia and the Ukraine favor the free movement of people and goods between the two nations, and relatively few support the wholesale merger of Ukraine with Russia.

Pakistan to hold historic election, but Pakistanis are skeptical about democracy

Pakistanis will go to the polls Saturday in parliamentary elections that mark the first democratic transition from one elected civilian government to another in their country’s 66-year history. But support for democracy is thin in Pakistan, according to a Pew Research Center survey of Muslims around the world. By a nearly two-to-one margin (56% to […]