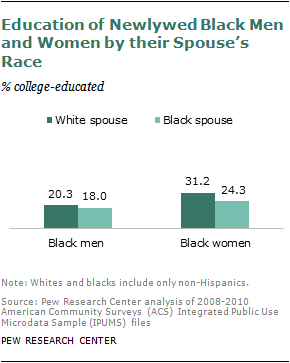 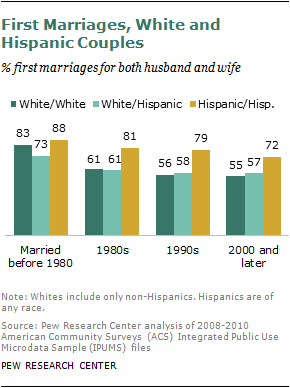 Within each cohort, this section compares the intermarried couple with a pair of intra-married couples that either husband or wife of the mixed union could have formed if they married someone of their own group. For example, mixed white/Hispanic couples will be compared with white couples and Hispanics couples, separately. 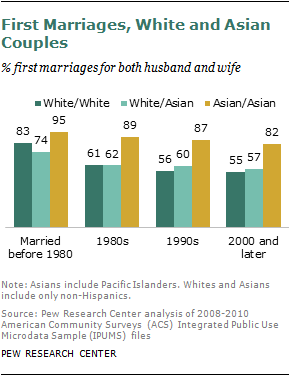 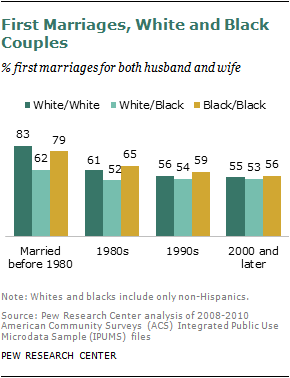 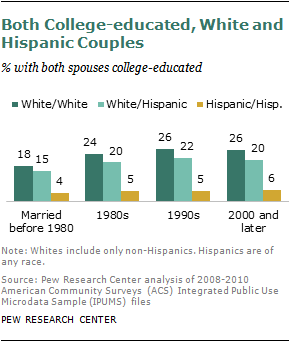 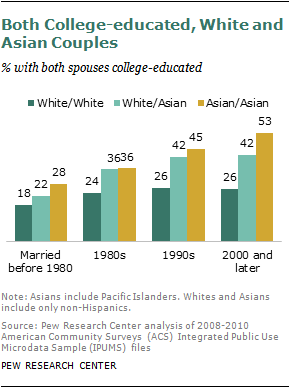 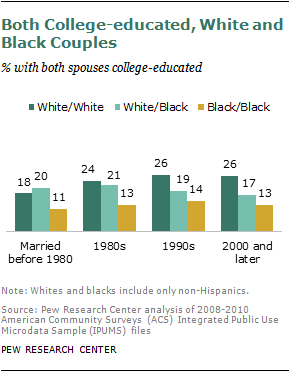 More about Asian and Black Intermarriages

Because of the gender differences of intermarriages among Asians and African Americans, this section takes a special look at various couple combinations (husband/wife specific) between these two racial groups and whites by cohort. 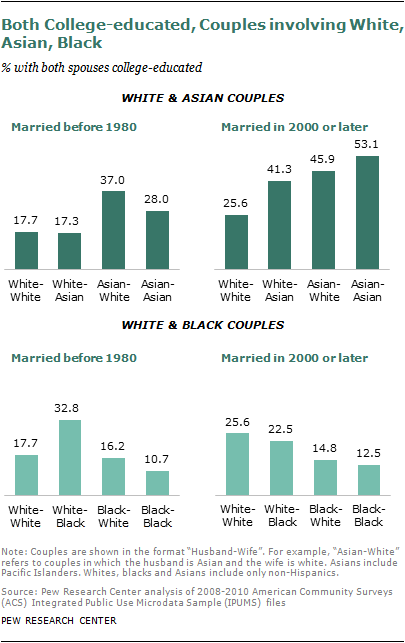 College Education: Among all white and Asian couples who got married before 1980, Asian husbands who marriedwhite wives have the highest education level. In nearly four-in-ten (37%) couples in this group both the husband and wife are college-educated, compared with 28% of Asian couples, 18% of white couples and 17% of white husband/Asian wife couples. However, among the cohort who got married in the recent decade, same-race Asian couples have the highest education; more than half (53%) are college-educated. The pair of Asian husband/white wife ranked second (46%), then white husband/Asian wife (41%). White couples have the lowest share of both husband and wife being college-educated (26%). 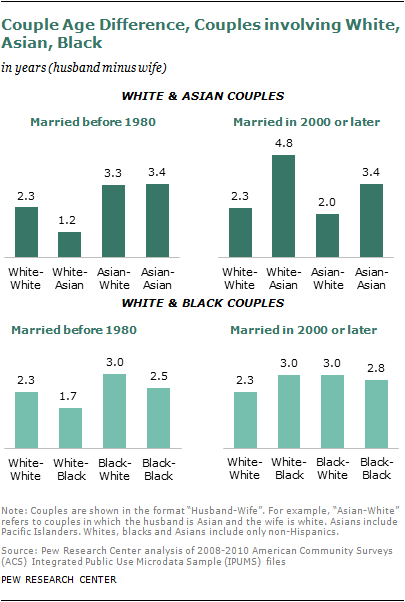