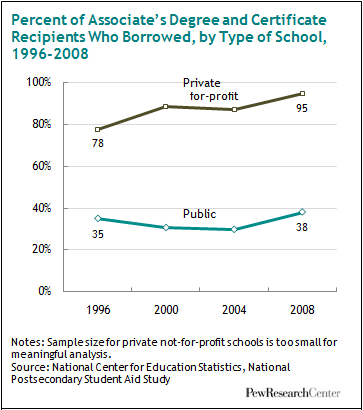 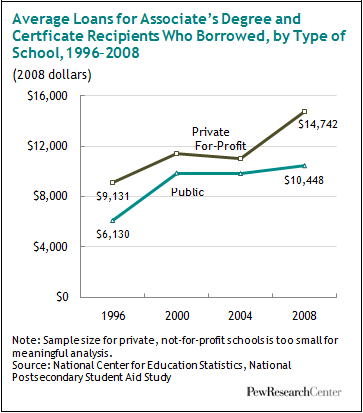 The share of associate’s degree and certificate recipients from private for-profit schools who borrowed increased, from 78% in 1996 to 95% in 2008. The likelihood that an associate’s or certificate graduate of a public institution would borrow increased slightly, from 35% in 1996 to 38% in 2008. Private not-for-profit schools account for a relatively small and shrinking portion of associate’s degrees and certificates, and the sample size is too small for meaningful analysis before 2008. 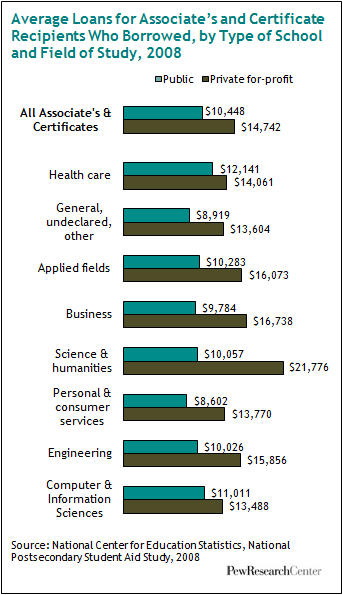 For-profit schools granted nearly a third of all associate’s degrees and certificates in 2009, compared with slightly more than one-quarter of awards in 2003.