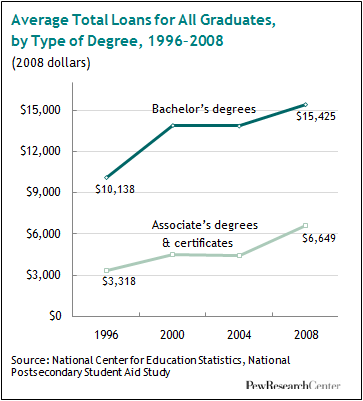 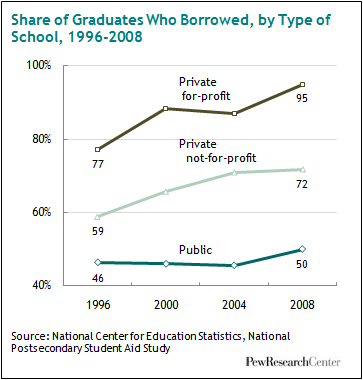 Three trends contribute to the increase in average borrowing by students: a greater share of students is choosing to borrow; students who borrow are borrowing larger amounts; and students are attending a different mix of schools.3

Students in the class of 2008 were more likely to borrow than were graduates in 1996, regardless of what type of school they attended. Overall, 60% of degree recipients in 2008 borrowed, compared with 52% in 1996. The largest increase (18 percentage points) occurred at private for-profit schools, where 95% of 2008 graduates borrowed, compared with 77% of 1996 graduates. The share of graduates who borrowed also increased at private not-for-profit schools (from 59% to 72%) and public schools (46% to 50%).

Types of Degrees and Types of Schools 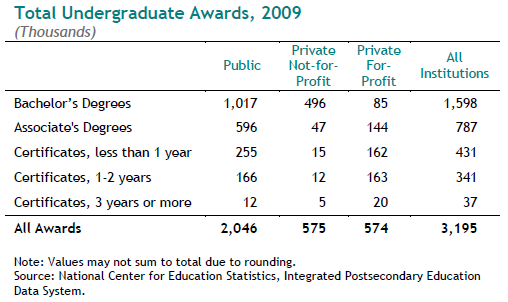 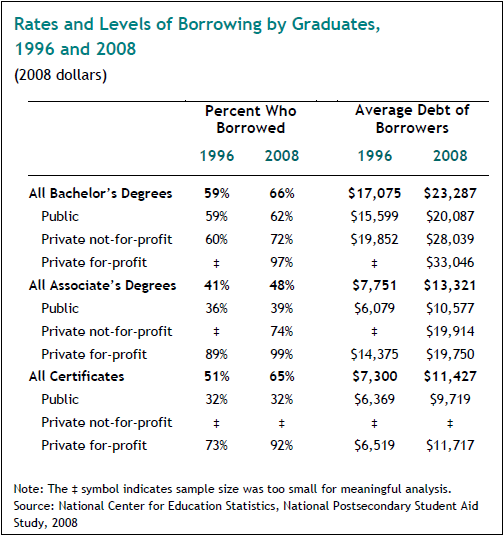 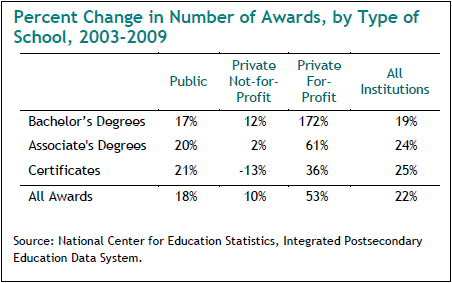 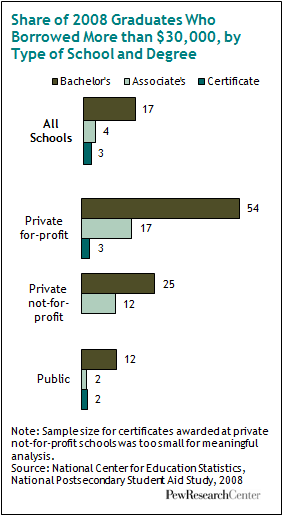 College borrowing is a mixed blessing. On the one hand, access to student credit may be an important factor facilitating college access for lower-income and non-traditional students. On the other hand, individuals with large student debt relative to their incomes may have difficulty making monthly payments.6

There is no clearly defined limit for what constitutes an acceptable level of student debt.7 Ease of repayment depends on future income and the repayment terms of the loan. Roughly one-in-ten graduates in 2008 borrowed more than $30,000. With standard loan terms, a student with $30,000 in debt will owe monthly payments of about $350 for 10 years.8 A small fraction of certificate and associate’s degree recipients borrow at this level (3% and 4%, respectively), but one-in-six (17%) of all bachelor’s degree recipients do. By type of school, 12% of bachelor’s degree recipients in public schools borrowed more than $30,000, compared with 25% at private not-for-profit schools and 54% at for-profit schools.