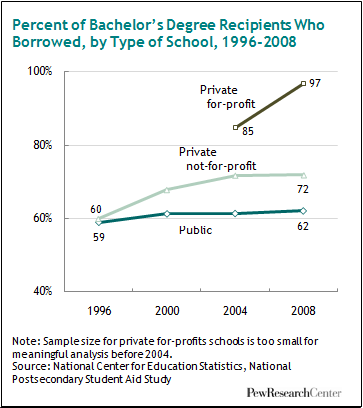 At graduation in 2008, bachelor’s degree recipients had typically borrowed more than $15,000 (including graduates who did not borrow), an increase of more than 50% since 1996. 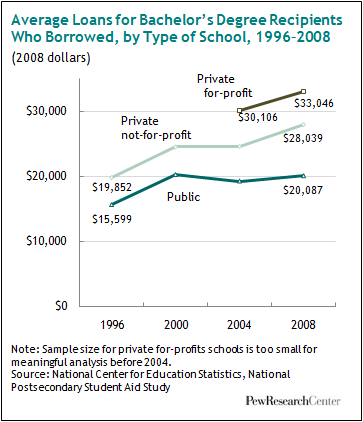 The increase in borrowing is partly due to an increase in the share of students who decided to borrow. Bachelor’s graduates of private schools in 2008 were increasingly likely to have used loans to pay for their degrees. At for-profit schools, nearly every bachelor’s degree recipient in 2008 borrowed (97% in 2008), 12 percentage points higher than the share in 2004.9 Graduates at not-for-profit schools also increased their rate of borrowing, from 60% for the class of 1996 to 72% for the class of 2008. The rate at public schools slightly increased, from 59% to 62%.

Borrowers at for-profit colleges and universities typically graduated with the largest loans ($33,046, on average), compared with $28,039 at private not-for-profit schools and $20,087 at public institutions.

Given the generally lower cost of attendance at public colleges and universities, it is not surprising that graduates of these institutions borrow less. But there are other differences between private for-profit and private not-for-profit schools that may also contribute to the differences in student borrowing patterns. 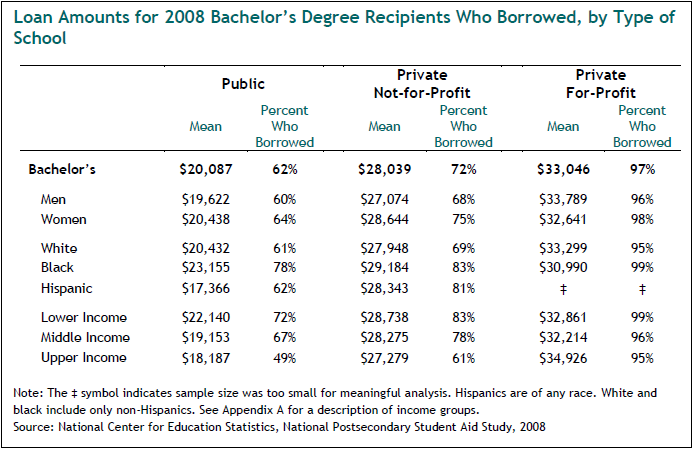 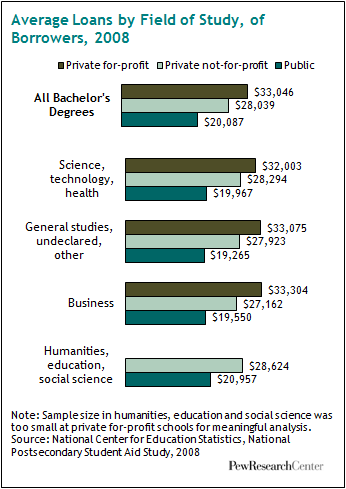 Next: IV. Borrowing for Associate’s Degrees and Certificates
← Prev Page
Page1Page2You are reading page3Page4
Next Page →