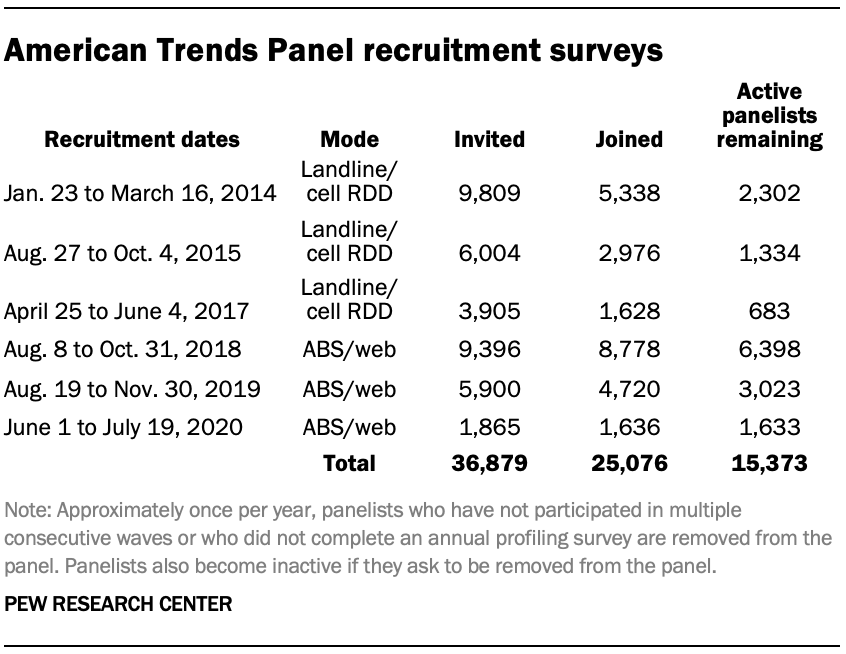 Data in this report is drawn from the panel wave conducted Sept. 8 to Sept. 13, 2020. A total of 10,093 panelists responded out of 11,506 who were sampled, for a response rate of 88%. This does not include three panelists who were removed from the data due to extremely high rates of refusal or straightlining. The cumulative response rate accounting for nonresponse to the recruitment surveys and attrition is 5%. The break-off rate among panelists who logged on to the survey and completed at least one item is 1.7%. The margin of sampling error for the full sample of 10,093 respondents is plus or minus 1.6 percentage points.

This study featured a stratified random sample from the ATP. The sample was allocated according to the following strata, in order: tablet households, U.S.-born Hispanics, foreign-born Hispanics, high school education or less, foreign-born Asian adults, not registered to vote, people ages 18 to 34, uses internet weekly or less, non-Hispanic Black adults, nonvolunteers and all other categories not already falling into any of the above. Panelists who had not yet completed the annual profile survey were ineligible.

In August 2018, the ATP switched from telephone to address-based recruitment. Invitations were sent to a random, address-based sample of households selected from the U.S. Postal Service’s Delivery Sequence File. Two additional recruitments were conducted using the same method in 2019 and 2020, respectively. Across these three address-based recruitments, a total of 17,161 adults were invited to join the ATP, of whom 15,134 (88%) agreed to join the panel and completed an initial profile survey. In each household, the adult with the next birthday was asked to go online to complete a survey, at the end of which they were invited to join the panel. Of the 25,076 individuals who have ever joined the ATP, 15,373 remained active panelists and continued to receive survey invitations at the time this survey was conducted. 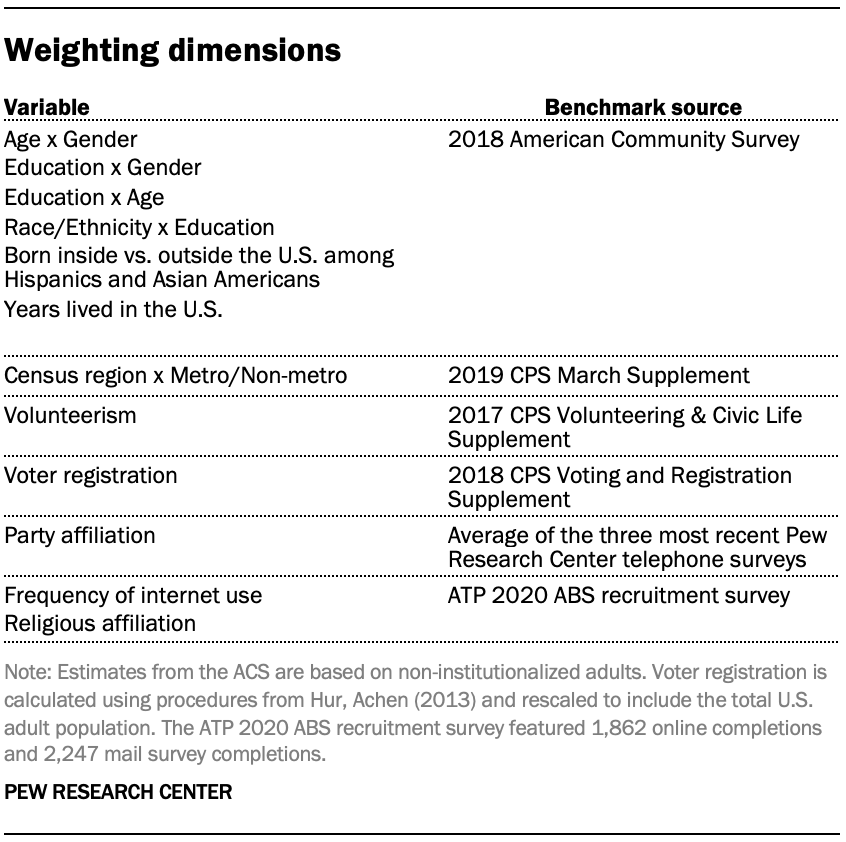 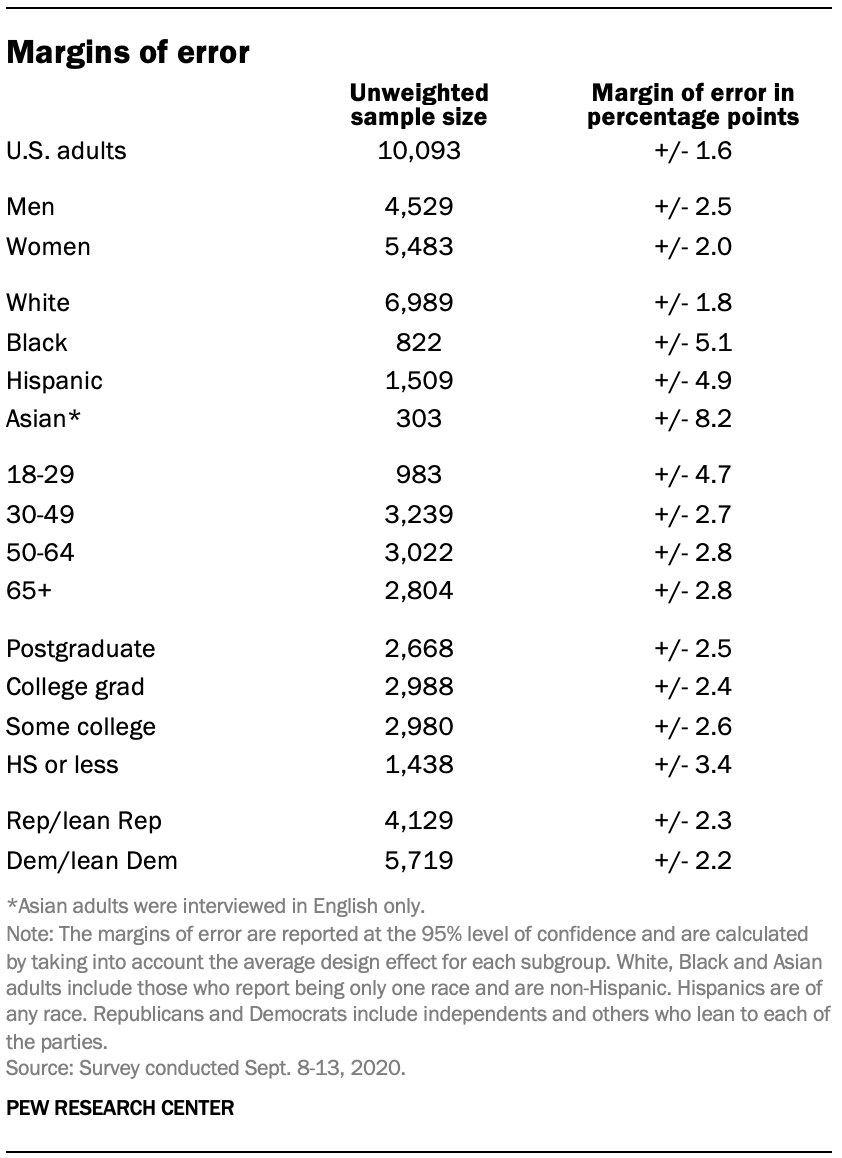 CORRECTION (Oct. 20, 2020): The methodology section has been updated to reflect the correct cumulative response rate. None of the study findings or conclusions were affected.

Growing Share of Americans Say They Plan To Get a COVID-19 Vaccine – or Already Have
Majority in U.S. Says Public Health Benefits of COVID-19 Restrictions Worth the Costs, Even as Large Shares Also See Downsides
Intent to Get a COVID-19 Vaccine Rises to 60% as Confidence in Research and Development Process Increases
Trust in Medical Scientists Has Grown in U.S., but Mainly Among Democrats
A Look at What the Public Knows and Does Not Know About Science