The Pew Research Center survey asked about several factors that could potentially increase – or decrease – trust in research findings and recommendations. The two steps that inspire the most confidence among members of the public are open access to data and an independent review. 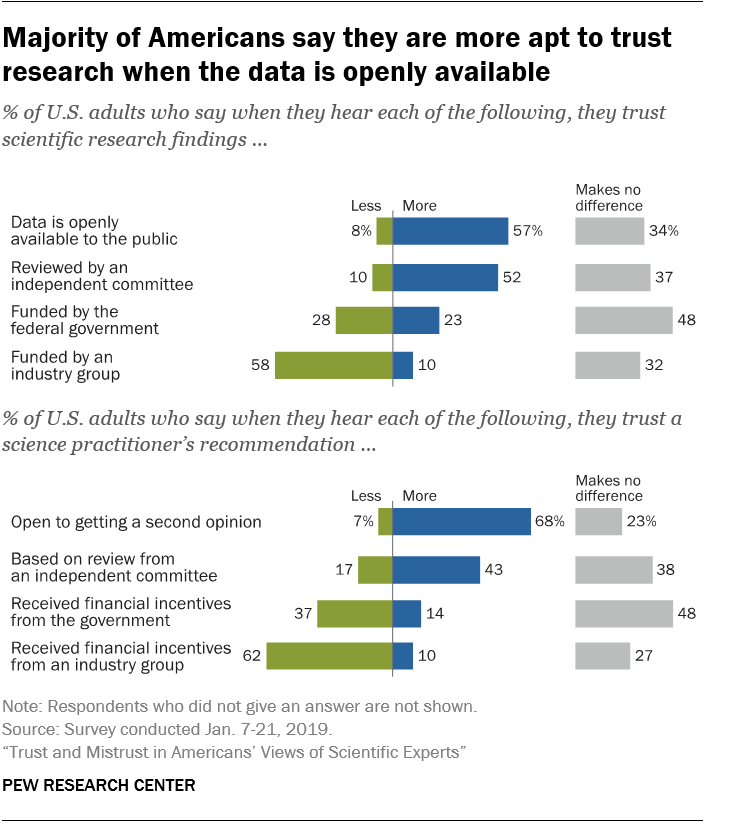 A majority of U.S. adults (57%) say they trust scientific research findings more if the researchers make their data publicly available. Another 34% say that makes no difference, and just 8% say they are less apt to trust research findings if the data is released publicly.

About half the public (52%) say they trust scientific findings more if the findings have been reviewed by an independent committee.

Industry funding stands out as a factor Americans say leads to lower trust. A majority of Americans (58%) say they trust scientific findings less if they know the research was funded by industry groups.

Findings at a glance for each group:

Those high in science knowledge are especially wary of industry financing for research. Eight-in-ten (80%) say knowing that research has been funded by an industry group reduces their trust in the findings, compared with 55% of those with medium knowledge and 30% of people with low science knowledge. 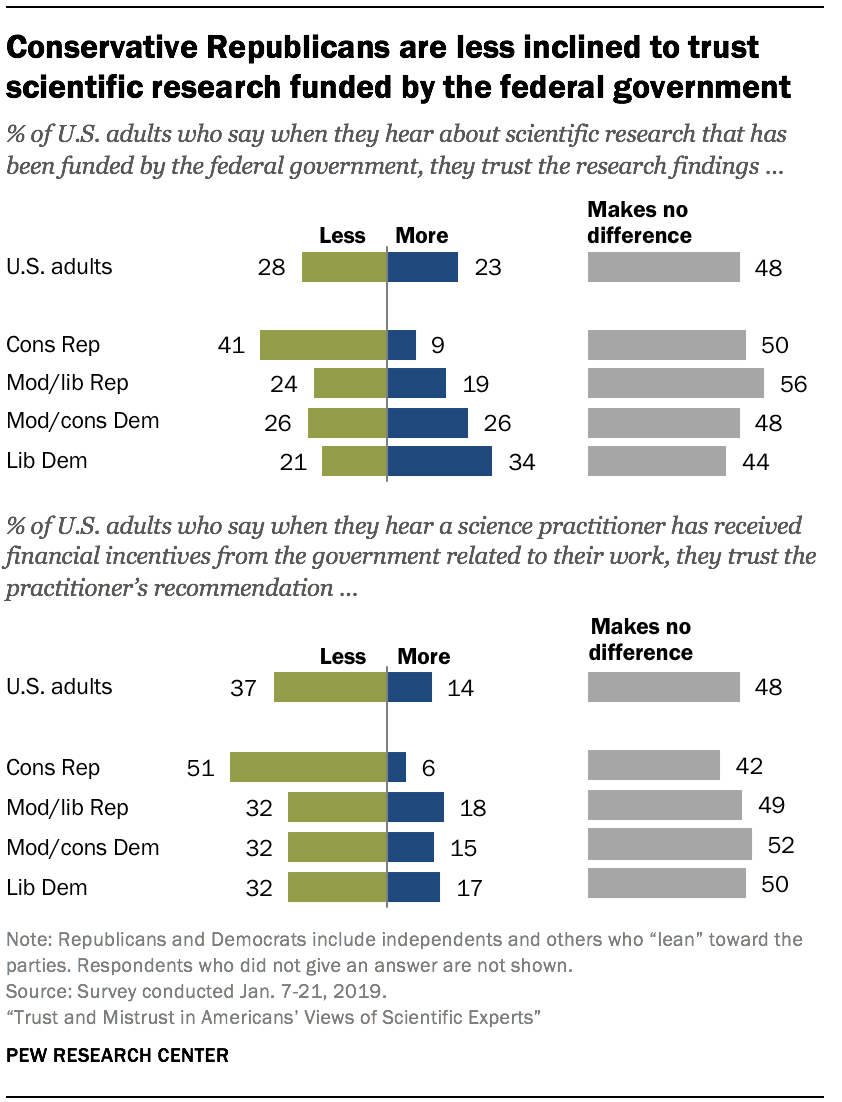 These findings are in keeping with political divides over support for federal spending on scientific research and an array of other government policy and spending priorities.

Next: 4. Americans generally view medical professionals favorably, but about half consider misconduct a big problem
← Prev Page
Page1Page2Page3You are reading page4Page5Page6Page7Page8Page9
Next Page →

Trust and Mistrust in Americans’ Views of Scientific Experts 1. Partisanship influences views on the role and value of scientific experts in policy debates 2. Americans often trust practitioners more than researchers but are skeptical about scientific integrity
3. Americans say open access to data and independent review inspire more trust in research findings
4. Americans generally view medical professionals favorably, but about half consider misconduct a big problem 5. Americans trust dietitians more than nutrition researchers but are skeptical of both groups’ transparency, accountability 6. A majority of Americans have positive views of environmental scientists, but trust in them varies by politics Acknowledgments Methodology