The following tables detail public knowledge about science by education, age, gender, race and ethnicity for each of the nine questions in the science knowledge index.

These tables are followed by summary statistics showing the results of a series of statistical models predicting people’s beliefs about climate change and their views of climate scientists from a set of explanatory or independent variables.

The regression analyses using a binary logistic model are based on the full sample of U.S. adults in the survey. The analysis is based on the weighted sample, thus adjusting for differences in the probability of selection and nonresponse differences across groups. Results are based on 0.05 level of statistical significance. The dependent variable omits respondents who gave no response to that question. 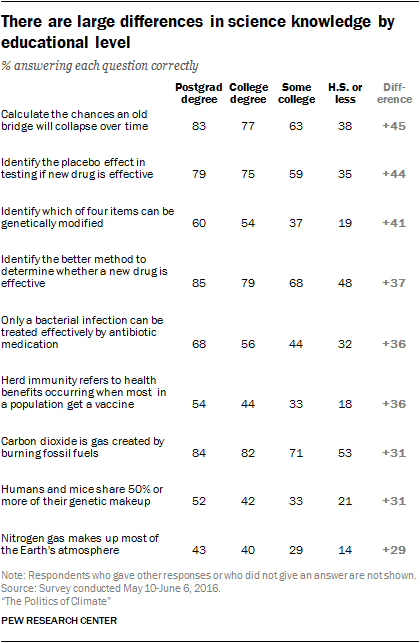 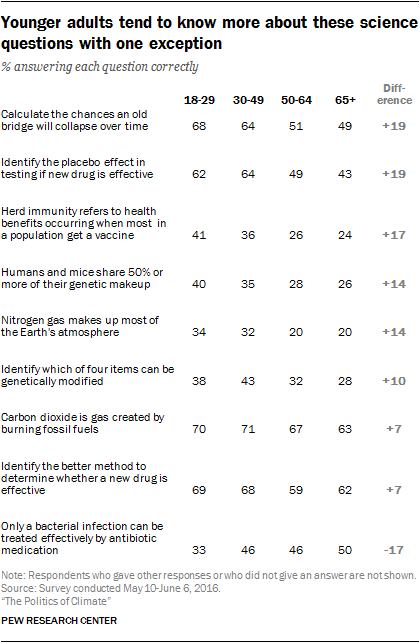 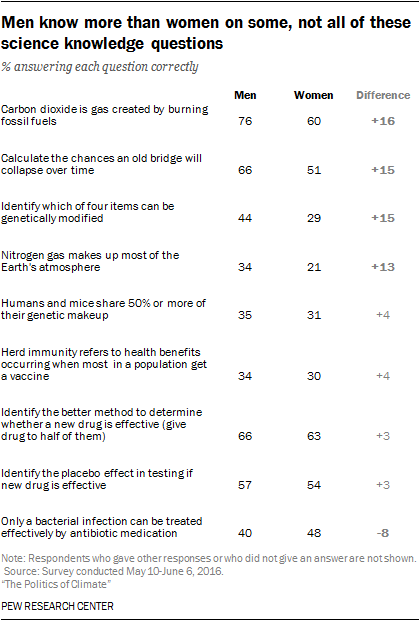 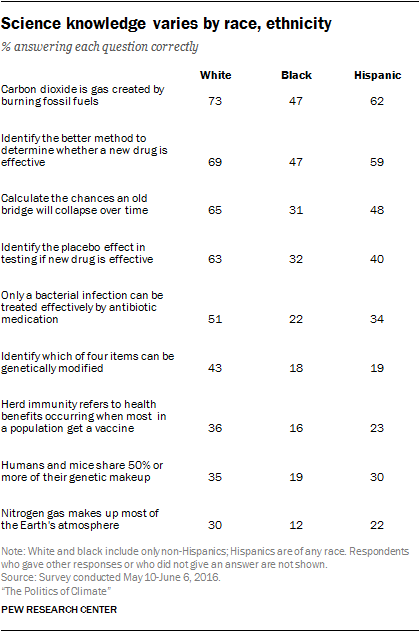 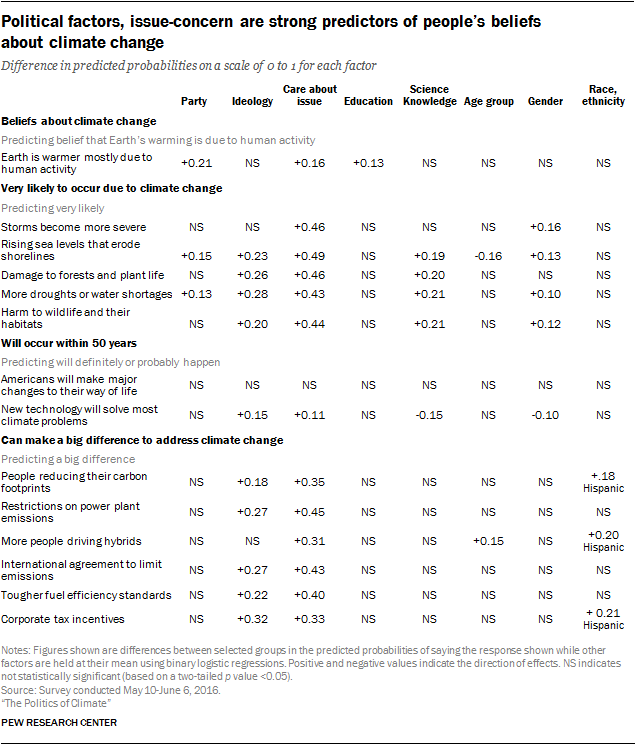 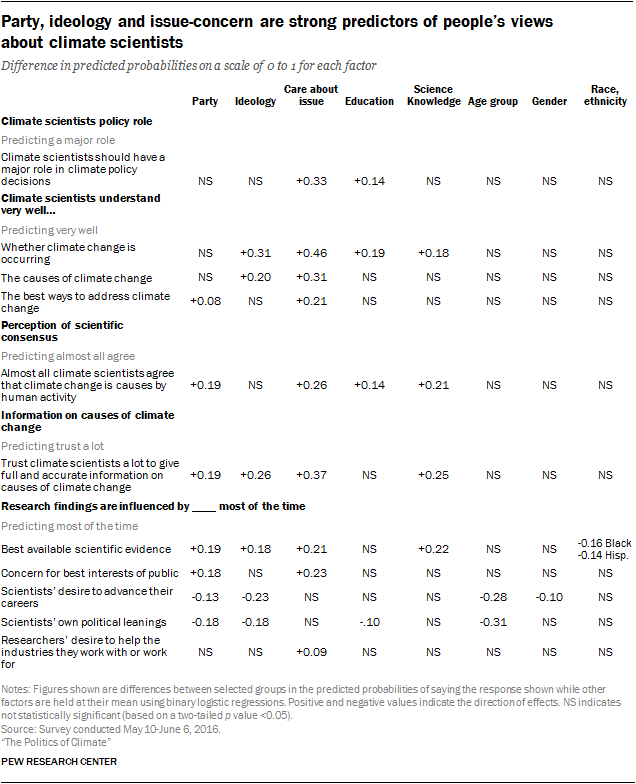 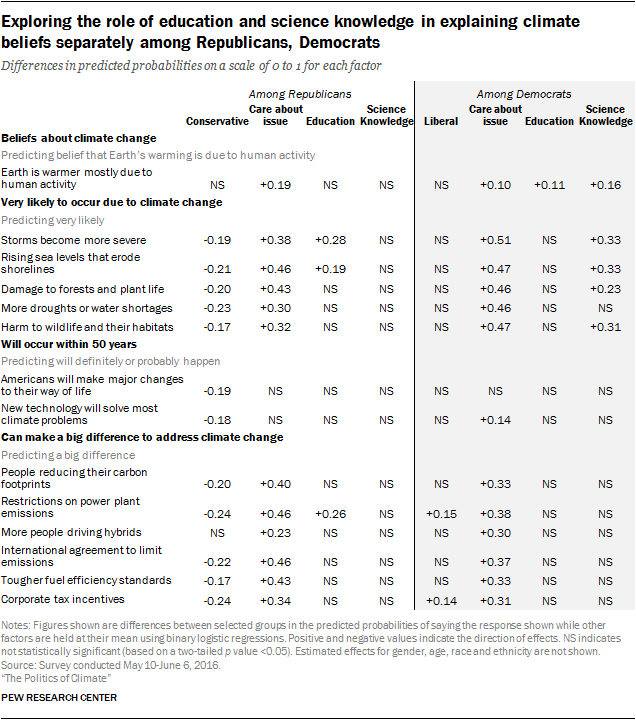 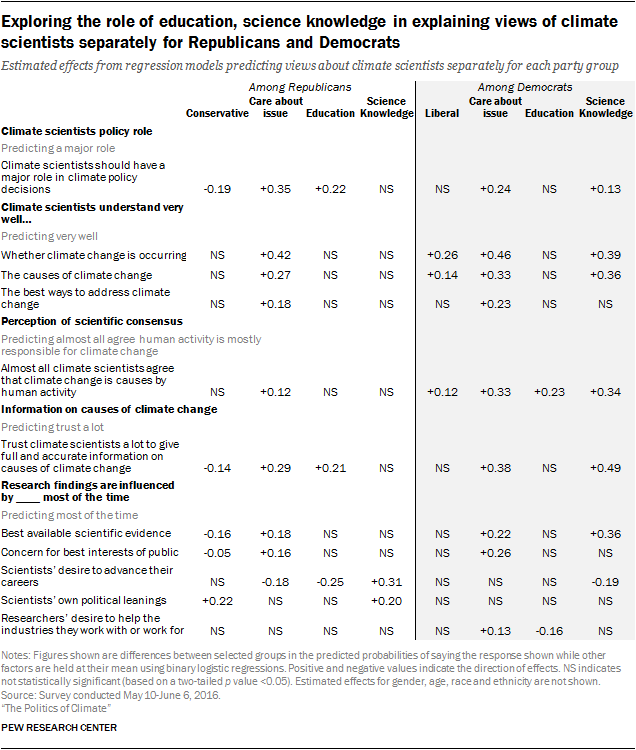 The Politics of Climate 1. Public views on climate change and climate scientists 2. Public opinion on renewables and other energy sources 3. Everyday environmentalism 4. Public knowledge about science has a limited tie to people’s beliefs about climate change and climate scientists About this report Acknowledgments Methodology
Appendix A: Detailed tables