People from mixed religious backgrounds take a variety of spiritual paths as adults, with many adopting their mother’s religion as their own, some choosing to identify with their father’s faith, and still others opting for neither. Indeed, the survey makes clear that many Americans – even among those raised in a single religion – ultimately adopt a religious identity that is completely different than the faith of their parents.

But one pattern regarding the passing on of religious identity from one generation to the next is clear: Among those who were raised in a single religious background (especially within Protestantism), the family’s religious commitment is closely linked with retaining one’s religion into adulthood. Those adults who say religion was very important to their family while growing up and whose parents frequently discussed religion are more likely than others to continue to identify with their parents’ religion as adults.

The remainder of this chapter provides additional detail on the current religious identity of people raised in a variety of religious backgrounds, and explores the likelihood of carrying one’s parents’ religion into adulthood.

Protestant, Catholic, ‘none’: Current religious identity of those raised in variety of combinations 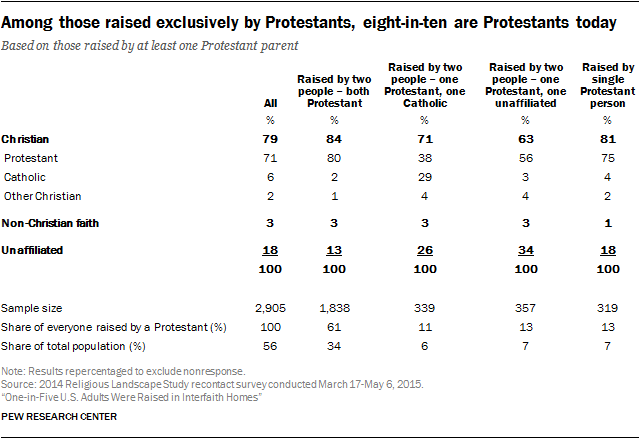 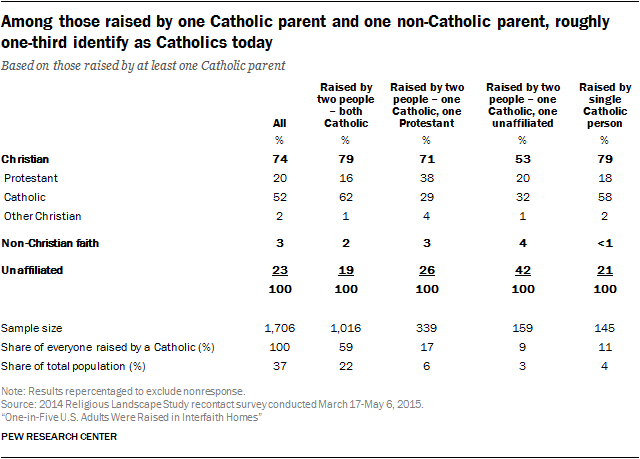 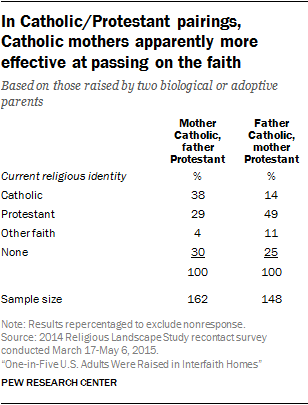 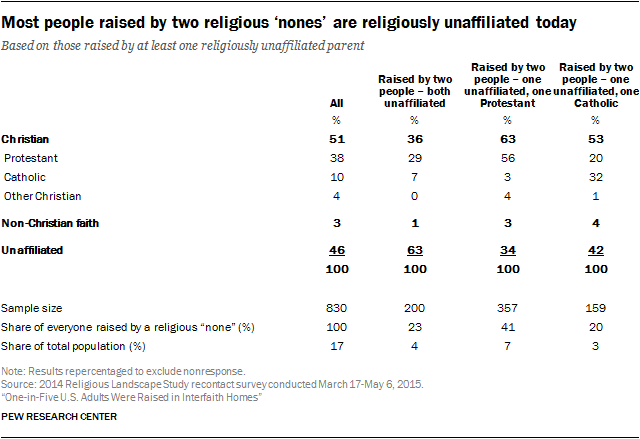 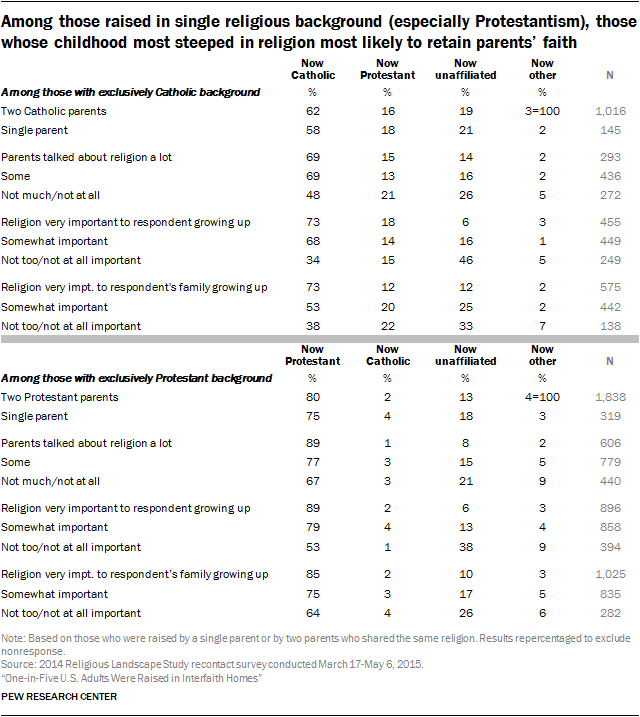 Next: 2. Religion in marriages and families
← Prev Page
Page1You are reading page2Page3Page4Page5
Next Page →