While a plurality of Americans say they think having an abortion is morally wrong and a substantial minority say the same about homosexual behavior, very few people – just 4% of all U.S. adults – think contraception is immoral.

When it comes to abortion and homosexuality, certain religious groups and those who attend religious services frequently are especially likely to see these things as morally wrong. For example, large majorities of churchgoing white evangelical Protestants (89%) and Catholics who attend Mass weekly (83%) say abortion is immoral. A similar share of churchgoing evangelicals (86%) see homosexual behavior as morally wrong, although fewer Mass-attending Catholics (50%) take this position. 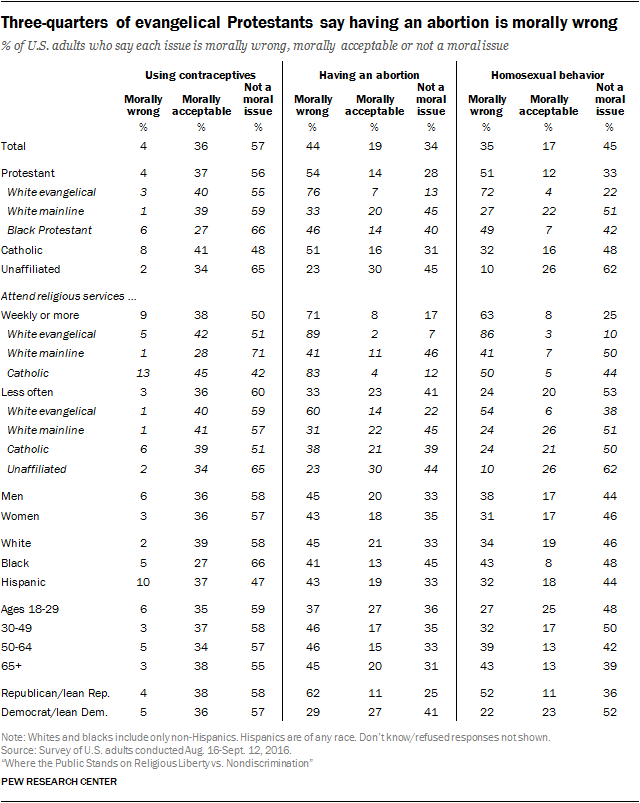 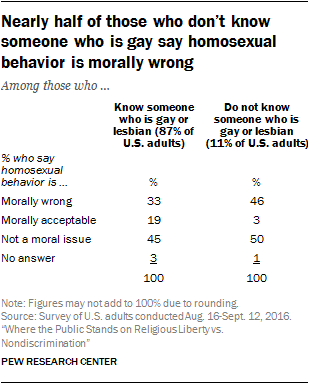 Where the Public Stands on Religious Liberty vs. Nondiscrimination 1. Most say birth control should be covered by employers, regardless of religious objections 2. Americans divided over whether wedding-related businesses should be required to serve same-sex couples 3. Public split over bathroom use by transgender people
4. Very few Americans see contraception as morally wrong
5. Vast majority of Americans know someone who is gay, fewer know someone who is transgender Acknowledgments Methodology