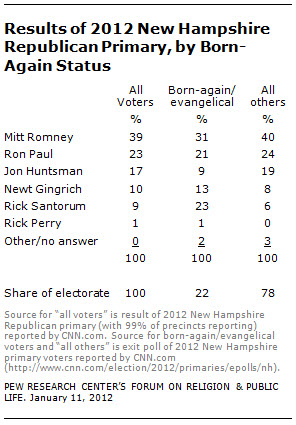 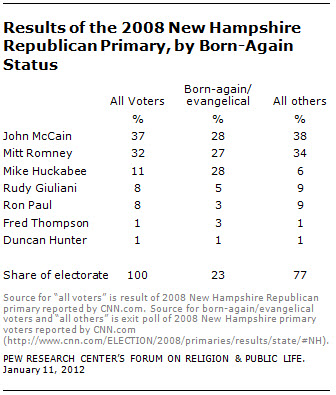 Another way of exploring the link between religion and politics is to examine the religious affiliation (e.g., Protestant, Catholic, etc.) of voters.1 This analysis shows that Romney’s strongest support came from Catholics. He was also the preferred candidate of Protestants, but Paul was the favorite of those who say they have “no religion.” 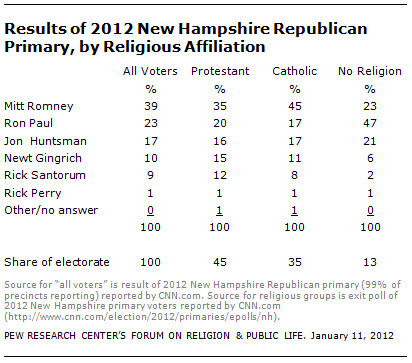 By way of comparison, Romney ran about even with McCain among both Protestants and Catholics in the 2008 New Hampshire primary. Then, as now, he placed second among religiously unaffiliated voters; 35% of this group voted for McCain in 2008, while 22% voted for Romney. 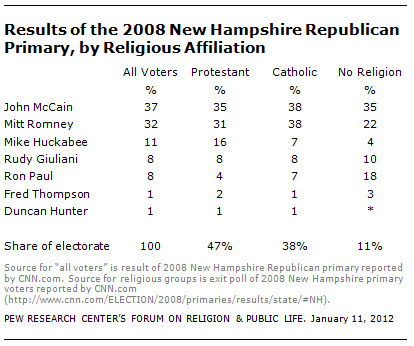