On April 16, the U.S. Supreme Court will hear oral arguments in a case challenging the constitutionality of a Louisiana statute that allows for the death penalty in cases involving child rape. More specifically, the court will determine whether the law violates the U.S Constitution’s Eighth Amendment, which prohibits “cruel and unusual punishments.” The case, Kennedy v. Louisiana, is the second major death penalty case to be heard by the high court this year, following arguments in January concerning the constitutionality of the most common method of lethal injection. (See Lethal Injection on Trial: An Analysis of the Arguments Before the Supreme Court in Baze v. Rees.) Paul Butler, a professor at The George Washington University Law School and an expert on criminal law, spoke with the Pew Forum about this newest case and its possible outcomes and implications. 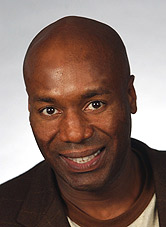 So far, Louisiana is the only state to sentence someone to death for child rape. But five other states, including Texas and Georgia, have passed similar statutes in recent years. What’s behind this trend?

It’s a political decision – a decision by some states to get especially tough on crime and to separate out another category of people, in addition to murderers, who they think are especially depraved criminals deserving of the most severe punishment. And so rapists, and especially child rapists, are kind of the obvious category.

You might also think of people who engage in terrorism but don’t actually commit acts of homicide as falling in this category. And there are some federal laws that would allow the death penalty in such cases, although no one has yet been executed for a terrorist act that didn’t lead to a death. So this is an especially ripe category for the Supreme Court to consider – whether the death penalty is constitutional for crimes other than murder.

Do you think that this is also part of a broader trend of awareness involving child molestation and child abuse?

In general, when you look at the rate of incarceration in the United States, we seem to be getting more punitive; we seem to be locking more and more people up and sentencing them to more time. So this is at least consistent with a trend of more severe punishment.

And certainly there’s been a growing awareness of both the fact that children are sometimes raped and sexually assaulted, and that those assaults have enormous consequences on children that last pretty much throughout their lives. There is much more social science, especially psychology and information about child development, that shows us how devastating the consequences of sexual assault can be on children.

Let’s move on to the case at hand, Kennedy v. Louisiana. From the point of view of the attorneys for the convicted child rapist, why is applying the death penalty to someone convicted of child rape cruel and unusual punishment in violation of the U.S. Constitution’s Eighth Amendment?

The precedent here is a 1977 case called Coker v. Georgia. In Coker, the court considered whether the death penalty was constitutional as a punishment for rape. Mr. Coker had raped a woman who, interestingly enough, was only 16 years old. She was married at the time that she was raped, and the court considered her to be an adult. In that case, the court ruled specifically that death was a disproportionate punishment for rape of an adult woman. And because it was a disproportionate punishment – excessive punishment – the court said it violated the Eighth Amendment.

The court looked at the law of various states in the Coker case and said that most states don’t punish rape of an adult with death, so there is not a consensus that this is a fair punishment. Because there isn’t that consensus, the court then did its own analysis about whether the punishment seemed to fit the crime. And the court suggested that because rape is not the ultimate crime – the ultimate crime being homicide – the crime doesn’t deserve the ultimate punishment of death. The court said that the rape victim, as wretched as the crime is, still has her life.

So some people have reiterated, and Mr. Kennedy’s lawyers in this case argue, that because the rape victim still has her life, it means that the ultimate punishment of killing the criminal isn’t warranted. That applies regardless of whether the victim is an adult or a child, because even the child victim – again, as wretched as her life may be now – still has her life.

Do you think that the Coker precedent makes it more likely that the Louisiana law will be struck down?

I think the Coker precedent absolutely makes it more likely that this Louisiana law will be struck down. A lot of the facts are similar to the facts in Coker. There are only six states now that allow the punishment for rape of a child to be death. So it’s hard to say that there is a national consensus in support of this punishment. The situation is pretty similar to Coker in that sense.

And again, of course, our hearts go out to any victim of rape, and especially a child. The little girl in this case was only eight years old; it’s a tragic case. And no one doubts that the rapist should be punished severely. Again, though, there doesn’t seem to be a sense among the states that have looked at this issue that the person who commits an act like this is deserving of the most serious punishment. So I think when the court does its analysis – which is based on retribution and the idea that the punishment has to fit the crime – I doubt it will say that this punishment fits the crime.

Louisiana, of course, is going to argue that there is a consensus, or at least an emerging consensus. They are going to point to the fact that there is a greater sense of awareness and outrage concerning child rape. And then, of course, five other states have followed Louisiana’s lead and passed similar statutes and a number of other states are currently considering similar laws. Do you think this argument is going to hold a lot of weight with the court?

I think that argument may persuade some of the more conservative justices. And the interesting thing is that in other recent cases about the death penalty, the court has said it’s unconstitutional to kill people who are legally children at the time of their crime, and it’s also unconstitutional to kill the mentally disabled. And in both of these cases, the court also had to measure what the consensus was on those issues.

What the government of Louisiana will argue is that when the court did its national consensus analysis in those cases, it didn’t find that a majority of jurisdictions outlaw the execution of the mentally disabled or of juveniles, but it said that enough did to establish a growing consensus. So Louisiana is going to say that even if there are only five or six states now, that’s enough to use the same criteria that you used in those other two cases to find a consensus. But in both of those other cases, there were a lot more than five or six states that were not executing the mentally disabled or juveniles, so that argument is going to be a stretch.

You mentioned that you think the Louisiana law will be struck down. Still, do think this will be a close case?

I wouldn’t be surprised if it is a close case. And as is so often the case now, Justice Anthony Kennedy may be the swing vote. Based on what we know about Justice Kennedy’s previous decisions, he’s likely to say that this law is unconstitutional. When we look at his votes in the other cases, and his analysis in the cases involving the execution of the mentally disabled and also of juveniles, he seemed somewhat skeptical about the death penalty, not whether it is constitutional but whether it is fair and proportionate. Justice Kennedy seems somewhat skeptical about the imposition of the death penalty in all but the most extreme cases.

We also have Chief Justice John Roberts and Justice Samuel Alito, the two newest members of the court. Is there anything in their past that might give us a clue as to how they’re going to come down in this case?

You know, it’s hard to say. Justice Roberts, more so than Justice Alito, doesn’t seem as doctrinaire conservative on every criminal case. And so if there is any play at all in their votes, he’d be the one who I think would be more likely to say that the statute is unconstitutional. Justice Alito rarely sees a statute in a criminal case that he finds unconstitutional. It’s probably a little early to be making predictions about the criminal law or death penalty jurisprudence of either justice, but, again, if we have to, I would think that Chief Justice Roberts might be more skeptical about the death penalty.

Given that the Supreme Court is on the verge of deciding another death penalty case – a Kentucky case involving lethal injection – do you think that we may look back at 2008 and say that the year was a kind of crossroads for death penalty jurisprudence? Could this be an especially portentous year?

We’ll have to wait and see what happens. I doubt that the court will decide that lethal injection is unconstitutional. Of course, they are only considering the specific cocktail that is used for that method of execution, but I think that they’ll basically uphold lethal injection as a method of execution. And in the Louisiana case, as I’ve stated, I do believe that they will find the Louisiana statute unconstitutional. So, basically, it’s one-and-one. It’s hard to say that this outcome suggests some trend in either direction in the court’s jurisprudence about the death penalty.

But recently, the abolitionist cause does seem to be gaining more traction, both among the public – especially with the concern about the risk of executing innocent people – and even with a relatively conservative court. Again, 15 or 10 years ago, people would have been surprised to see – if you look at the composition of this court – that these conservative justices would outlaw executing juveniles or mentally disabled people, but they have. And so I think, overall, if you look at the direction, the court is becoming more and more skeptical of the death penalty.