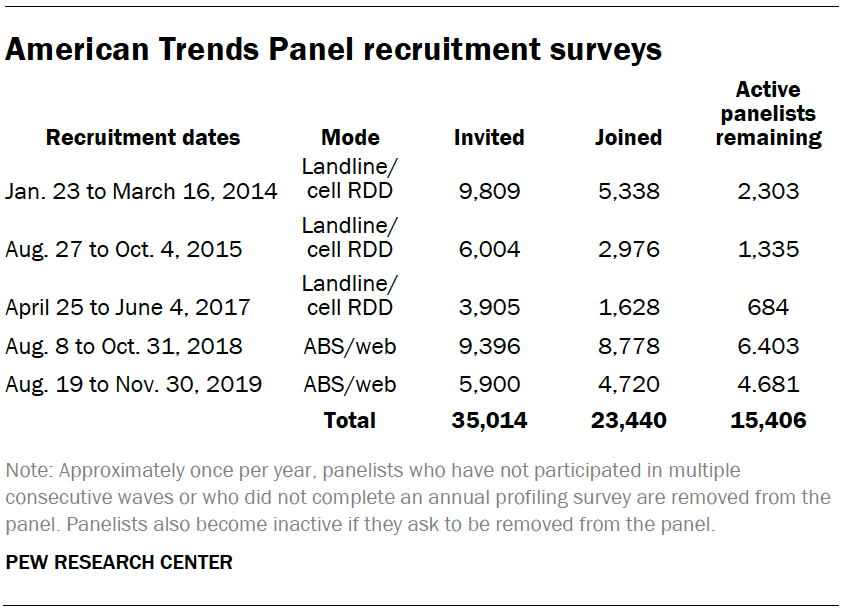 Analyses of the 7,651 panelists who responded to both this wave and the Nov. 2018 wave incorporate a weight that additionally aligns the smaller sample to the weighted proportion of all 11,001 respondents to this wave who supported Trump, Biden, neither, or were not registered voters. 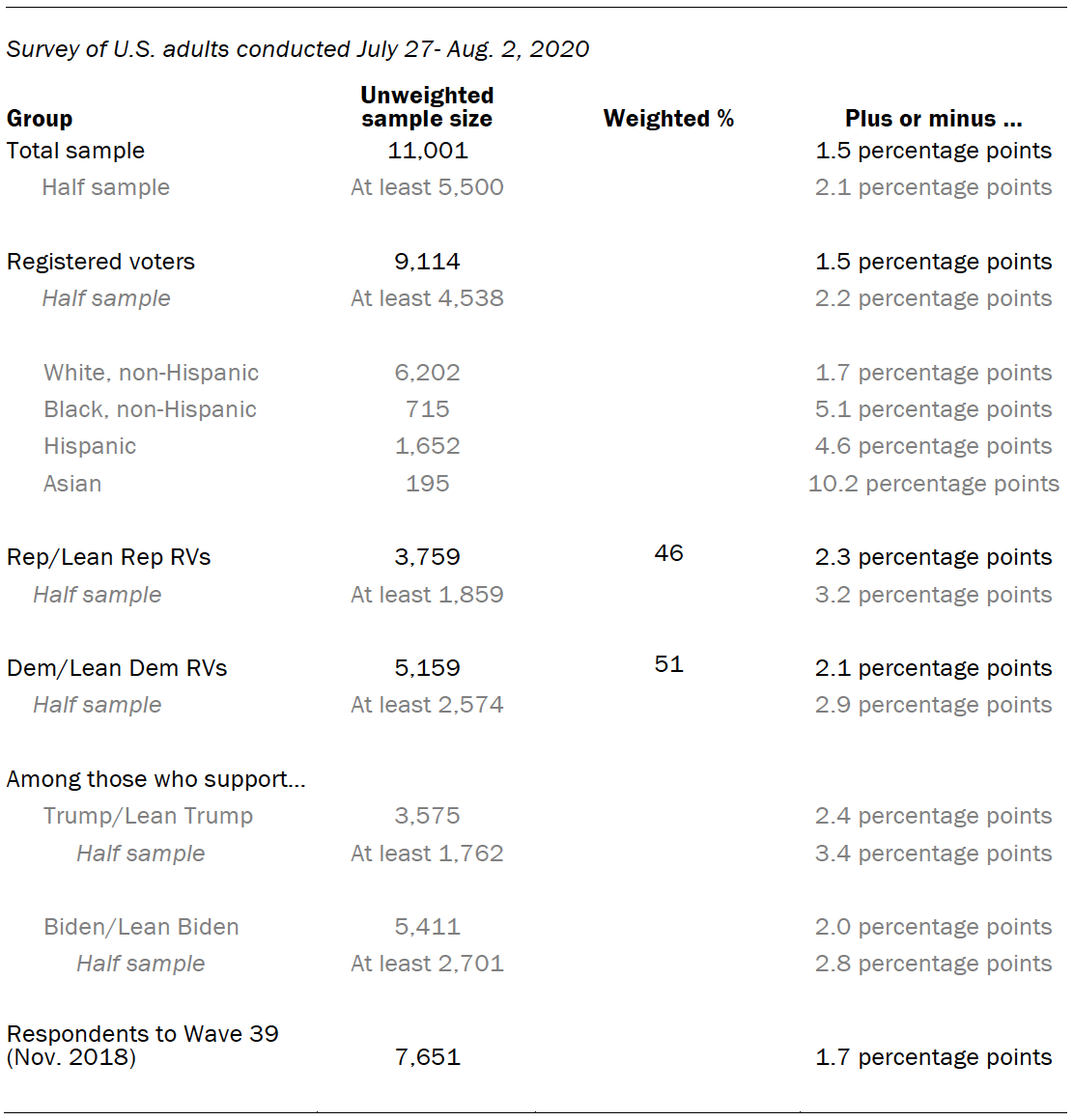 The analysis in this report is based on telephone interviews conducted July 23-Aug. 4, 2020, among a national sample of 1,750 adults, 18 years of age or older, living in all 50 U.S. states and the District of Columbia (350 respondents were interviewed on a landline telephone, and 1,400 were interviewed on a cell phone, including 955 who had no landline telephone). The survey was conducted by interviewers under the direction of Abt Associates. A combination of landline and cell phone random digit dial samples were used; both samples were provided by Dynata. Interviews were conducted in English and Spanish. Respondents in the landline sample were selected by randomly asking for the youngest adult male or female who is now at home. Interviews in the cell sample were conducted with the person who answered the phone, if that person was an adult 18 years of age or older. The weighting procedure corrected for the different sampling rates. For detailed information about our survey methodology, see http://www.pewresearch.org/methodology/u-s-survey-research/.

The combined landline and cellphone sample is weighted using an iterative technique that matches gender, age, education, race, Hispanic origin and nativity and region to parameters from the Census Bureau’s 2018 American Community Survey one-year estimates and population density to parameters from the decennial census. The sample also is weighted to match current patterns of telephone status (landline only, cell phone only, or both landline and cell phone), based on extrapolations from the 2019 National Health Interview Survey. The weighting procedure also accounts for the fact that respondents with both landline and cell phones have a greater probability of being included in the combined sample and adjusts for household size among respondents with a landline phone. The margins of error reported and statistical tests of significance are adjusted to account for the survey’s design effect, a measure of how much efficiency is lost from the weighting procedures.

Election 2020: Voters Are Highly Engaged, but Nearly Half Expect To Have Difficulties Voting 1. The 2020 Trump-Biden matchup 2. Perceptions of Trump and Biden 3. Views of the 2020 campaign and voting in November 4. Important issues in the 2020 election Appendix: Validated vote measures Acknowledgments
Methodology
The American Trends Panel survey methodologySurvey conducted July 23-Aug. 4, 2020, via telephone