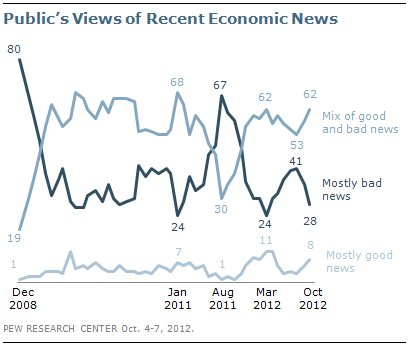 Americans are hearing less negative news about the nation’s economy than they were just a month ago, and perceptions of news about other economic sectors – notably, the job situation – have improved as well.

Most Americans continue to hear a mix of good and bad news about the economy (62%), but the share hearing mostly bad news has dipped from 35% in September to 28% this month. The percentage hearing mostly good news is essentially unchanged (8%).

The latest national survey by the Pew Research Center for the People & the Press, conducted Oct. 4-7, 2012, among 1,006 adults, finds that the percentage hearing mostly bad news about the job situation has declined 10 points since September – from 52% to 42% – and 13 points since August. Most of the interviewing was conducted after the jobs report on Oct. 5, which showed that unemployment had fallen below 8% for the first time since early 2009.

Currently, 26% say news about financial markets is mostly bad while 16% say it is mostly good. The percentage saying the news is a mix of good and bad has increased to 50%.

And while views of news about food and consumer prices have improved since September, 51% say the news about this sector is mostly bad. 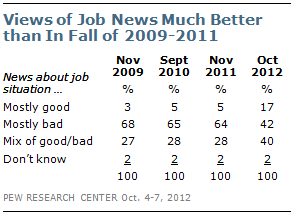 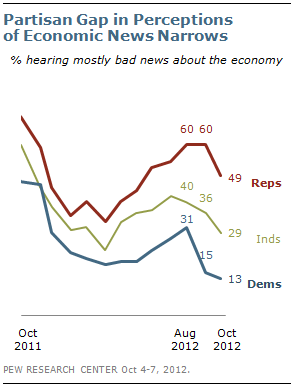 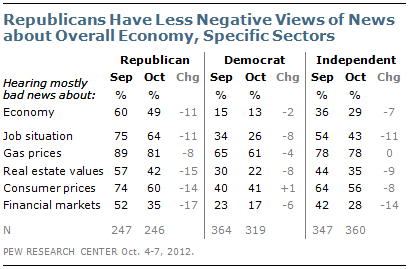 independents (43%) and Democrats (26%) say news about the job situation is mostly bad.