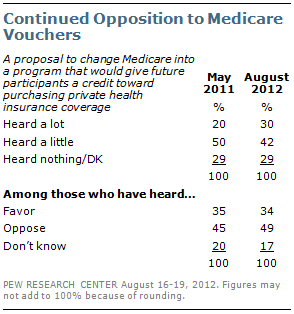 Paul Ryan’s selection to the Republican ticket has put the issue of Medicare squarely on the 2012 campaign agenda. And the latest Pew Research Center survey continues to find the public is aware of a proposal to gradually shift Medicare to a system of vouchers and is, on balance, more opposed than supportive of the idea.

The survey, conducted August 16-19, 2012 among 1,005 adults nationwide, finds 72% have heard a lot or a little about a proposal to change Medicare into a program that would give future participants a credit toward purchasing private health insurance coverage. And among those who are aware, the idea remains unpopular; by a 49% to 34% margin more oppose than favor the idea. This is virtually unchanged from public reactions a little over a year ago, when Republicans in the House voted in favor of this proposal as part of the “Ryan plan.”

More generally, while surveys consistently find that dealing with the deficit is a high priority for Americans, there is little support for 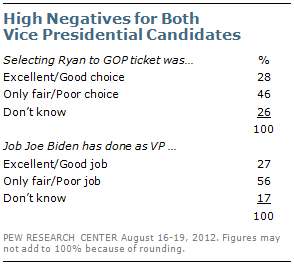 doing so if it means entitlement cuts. When asked whether it is more important to reduce the budget deficit or to keep Social Security and Medicare benefits as they are, Americans continue to prioritize maintaining benefits.

The public offers a relatively negative assessment of Mitt Romney’s selection of Ryan as his running mate. Nearly half (46%) say Ryan is an only fair or poor choice, while 28% say he is an excellent or good choice. By comparison, reactions to John Kerry’s selection of John Edwards in 2004, and Bill Clinton’s selection of Al Gore in 1992, were more positive than negative.

But public assessments of Ryan’s Democratic counterpart are even more negative. Just 27% say Joe Biden has done an excellent or good job as vice president, while 56% say his job performance has been only fair or poor.

At this point, most Americans do not associate Ryan with the proposal to change Medicare. Just 23% of those who have heard about the idea of shifting Medicare to a system of credits to buy private insurance identify it as Ryan’s. Nearly as many (17%) say Barack Obama proposed this, while 44% do not know who proposed it. 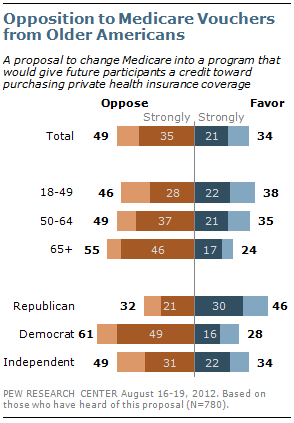 As has consistently been the case, seniors express the strongest opposition to changing Medicare into a program that offers future participants credits toward purchasing private health insurance coverage. People age 65 and older who have heard about this proposal oppose it by a 55% to 24% margin, with fully 46% saying they are strongly opposed. There also is more opposition than support among people age 50 to 64, while those under age 50 are more divided.

The issue also splits along partisan lines with Democrats opposed to such a change by a 61% to 28% margin, while Republicans are more likely to favor it, though by a slimmer 46% to 32% margin. Among independents, 49% are opposed to this sort of gradual shift toward Medicare vouchers, while 34% are in favor.

In January, 69% said reducing the budget deficit should be a top priority for the president and Congress, up significantly from recent years. But the public rejects changing Social Security and Medicare benefits to achieve deficit reduction. 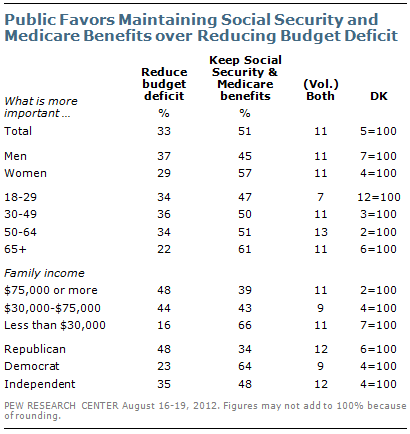 Democrats prioritize maintaining benefits over deficit reduction by a wide 64% to 23% margin. By contrast, Republicans are somewhat more likely to say taking steps to reduce the budget deficit (48%) is more important than keeping Social Security and Medicare benefits as they are (34%). About half of independents (48%) prioritize maintaining benefits, compared with 35% who say reducing the deficit is more important. 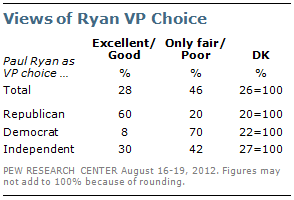 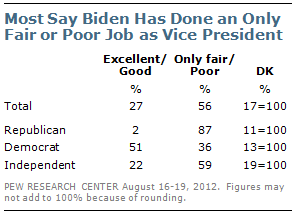