Weeks before tax cuts passed during George W. Bush’s first term are set to expire, most of the public has heard either a lot (38%) or a little (43%) about the debate in Washington over how to handle these cuts. Much of this debate focuses on whether to extend all of the tax cuts or whether to extend the tax cuts only for annual income below a certain threshold – either $250,000 or $1,000,000. 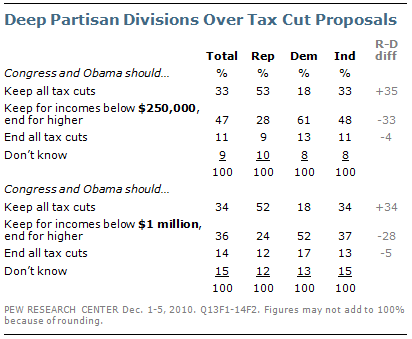 By contrast, a majority of Republicans (53%) favor keeping all of the tax cuts in place; 28% of Republicans support maintaining them only for income below $250,000, and just 9% say they think all the cuts should be allowed to expire.

Support for Gays in Military Unchanged 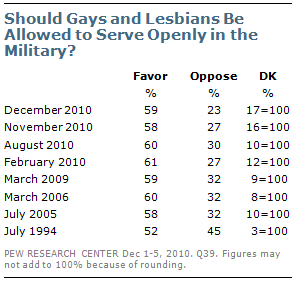 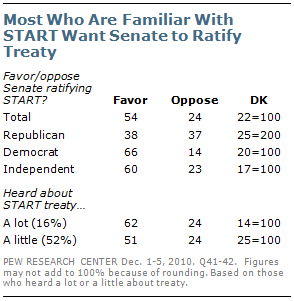 Next: Section 2: Views of the Parties, Congress & Obama
← Prev Page
Page1You are reading page2Page3Page4Page5
Next Page →

Mixed Views on Tax Cuts, Support for START and Allowing Gays to Serve Openly
Section 1: Issues Before the Lame-Duck Congress
Support for Gays in Military UnchangedSTART Ratification Favored
Section 2: Views of the Parties, Congress & Obama Section 3: Afghanistan and the Korean Crisis About the Surveys