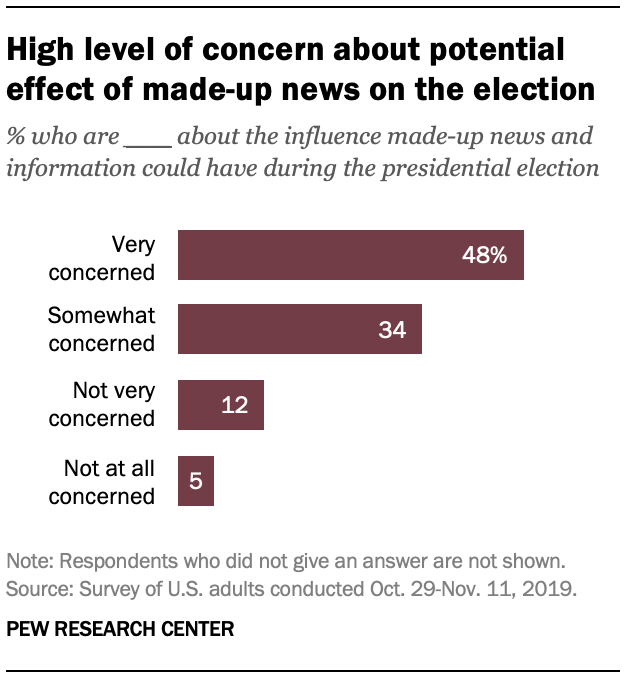 In what could be considered consensus these days, a very large percentage of Americans (82%) say they are either “very” or “somewhat” concerned about the potential impact of made-up news on the 2020 presidential election. Nearly half (48%) place themselves in the highest category of being very concerned, according to a new analysis of data from Pew Research Center’s Election News Pathways project. Concern is highest among people who follow political news most closely, older adults and those who display more knowledge about politics in general. The least concerned are those who don’t follow political news closely at all, people with the least knowledge about political affairs and the youngest adults.

The issue of made-up news has already been a part of the election coverage. Perhaps related to that fact, the more closely people are following political and election news, the more likely they are to be very concerned about the influence of false news on the 2020 election. In a similar vein, those who show the greatest knowledge by giving correct answers to a series of nine questions concerning politics and government express greater concern than do those who got fewer correct.

The less one follows political news, the less concerned one is about the influence of made-up news 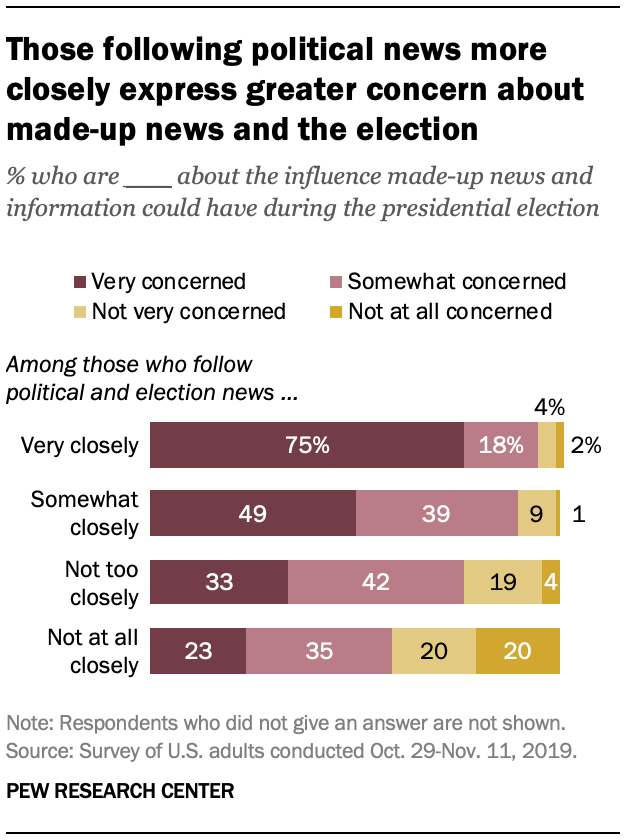 How closely someone follows political news is connected to other views related to the presidential election. In this case, the more closely people follow political news, the more likely they are to be concerned about made-up news impacting the election. 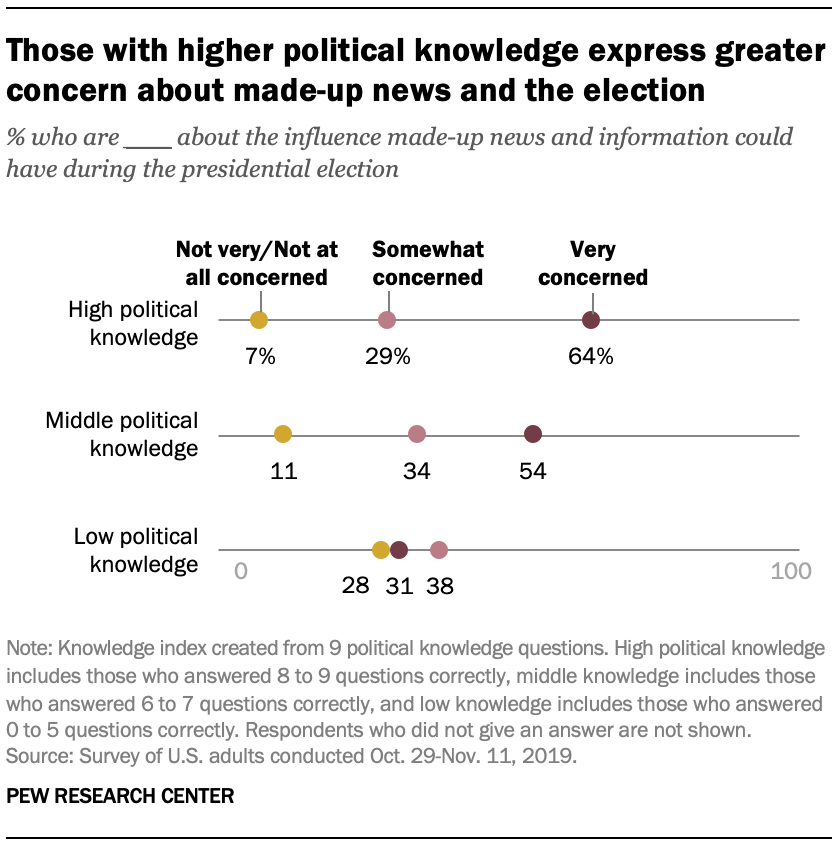 In addition to how closely one follows political and election news, the study also asked nine questions related to general political knowledge, ranging from trends in the U.S. unemployment rate to which party is more supportive of a smaller federal government.

Nearly two-thirds of those with high political knowledge (64%) say they are very concerned about the influence of made-up news on the 2020 election. That falls to 54% among those with mid-level knowledge and to 31% of those with low knowledge.

On the flip side, nearly three-in-ten of those with low political knowledge (28%) say they are not very or not at all concerned about made-up news impacting the election, four times as many as those with high knowledge (7%). 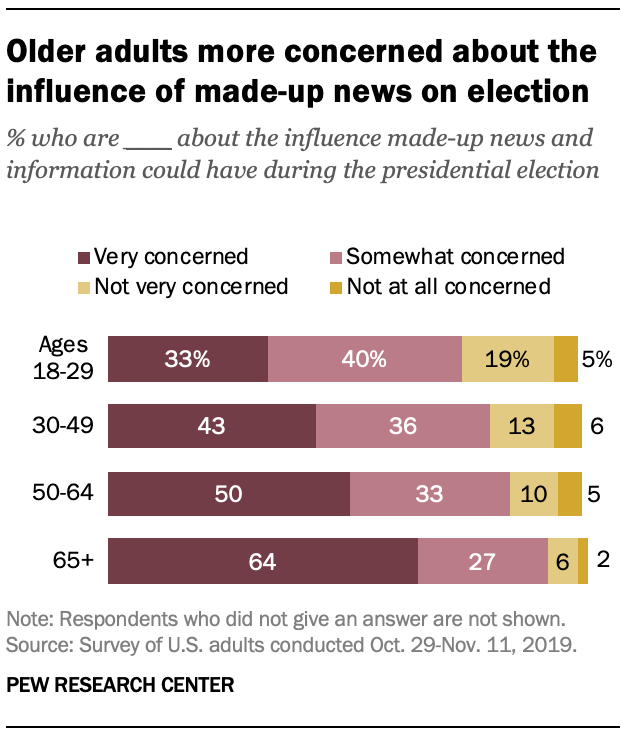 Another factor that reveals notable differences in concern about made-up news is age. Put simply, on the level of concern, one can draw a steep uphill line from the youngest U.S. adults to the oldest.

Among those in the 18-to-29 age bracket, only one-third (33%) are very concerned about the potential impact of made-up news on the election. In the next age group, ages 30 to 49, that percentage rises to 43%. Among those 50 to 64, the percentage of those who are very concerned reaches the 50% mark – very close to the overall national number of 48%.

And as for Americans 65 and older, about two-thirds (64%) say they are very concerned about made-up news – almost double the percentage who feel the same way in the youngest group.

These measures and more can be explored further in the Election News Pathways data tool where all of the data associated with this project is available for public use.