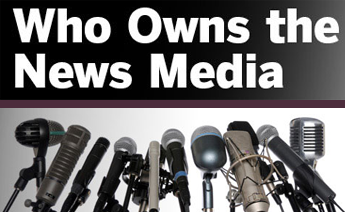 In May, 2012 Warren Buffett’s Berkshire Hathaway Company announced the purchase of 63 newspapers, including 23 dailies, from the debt-ridden Media General Company. The transaction was a course reversal for Buffett, who earlier had said he wouldn’t buy newspapers, and created a major new player in the industry. It also left Media General-whose history with newspapers dates back to the mid-1800’s-with only one remaining daily, the Tampa Tribune, which many predict it will still try to sell.

The purchase, seen as a rare vote of confidence in a struggling industry, also capped a period of intense change in U.S. newspaper ownership. In the last 18 months many better known newspaper companies divested most or all of their holdings while a number of new entities, including hedge funds and private equity firms, jumped in.

According to the investment banking firm of Dirks, Van Essen & Murray, which monitors newspaper transactions, a total of 71 daily newspapers were sold as part of 11 different transactions during 2011, the busiest year for sales since 2007.

And newspapers were not the only media to undergo major changes. The last 18 months also saw local television sales reach new heights, the merging of Newsweek and the Daily Beast, Comcast’s acquisition of NBC Universal, the Huffington Post’s movement into web TV and further reach among U.S. broadcast companies into the Hispanic market.

The Pew Research Center’s Project for Excellence in Journalism has compiled a new interactive database to help users make sense of the changes at the highest levels.

Who Owns the News Media provides detailed statistics on the companies that now own our nation’s news media outlets, from newspapers to local television news stations to radio to digital, and this accompanying summary highlights the major changes of the year.

Most of the sale prices in these transactions speak to continued softening of the newspaper market. The New York Times Company Regional Group papers were sold for a total of $143 million. Berkshire Hathaway paid a combined $142 million for the Media General properties, which includes 63 weekly and daily papers.

One exception was the San Diego Union-Tribune. Hotelier Doug Manchester acknowledged paying significantly more than $100 million for it. That is at least twice as much as Platinum reportedly paid, under $50 million, for the paper in 2009.

With daily newspapers still providing the majority of original news reporting, what will these new owners mean for the future of our daily news? What is their background? What is the breadth of their news properties and their properties in other industries? PEJ’s Who Owns the New Media helps answer those questions.

As the Poynter Institute’s Rick Edmonds noted in PEJ’s “State of the News Media 2012” report, it can be “hard to discern…a general strategy” being pursued by these private equity newspaper owners because they “tend to say little or nothing publicly.” But they are generally regarded as advocates of aggressively transforming newspapers into more digitally-oriented operations.

While there were no major ownership changes in ethnic media in the past year, mainstream media organizations made further inroads in the market. Fox, ABC News and Comcast all made moves to create stations and programming geared to Hispanic Americans, bringing in new competition to Univision, the largest Spanish language network and now the fourth largest network overall.

1] Disney purchased ABC in 1996. Before that, it was owned by Capital Cities Communications. Viacom bought CBS in 1999, but in 2005, CBS spun off into a new company, CBS Corporation. Both CBS Corporation and the new Viacom are still owned by Sumner Redstone’s Company, National Amusements.