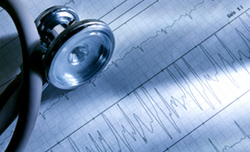 As the Obama Administration begins in earnest its plans to take up health care reform, how the media covers the debate at the outset will influence the public view of the issue and what happens next.

To what extent did health issues get covered in the national press during the first six months of the new Obama Administration? What were the topics and stories driving the coverage? How does the extent and focus of the coverage broadly compare with health news coverage in 2007 and the first half of 2008?

Overall, health news coverage is on the rise. And while attention in the early months of the year was more tied to public health issues like the swine flu and salmonella-tainted peanut butter, media attention to health policy increased sharply in June.

This report covers a six-month time period, from January through June 2009, and updates an earlier 18-month analysis of January 2007 through June 2008. Both reports were joint projects of the Kaiser Family Foundation and the Pew Research Center’s Project for Excellence in Journalism (PE J). The findings are based on an analysis of coverage of health in 55 different news outlets that were originally sampled as part of PEJ’s ongoing News Coverage Index. The study includes the front pages of small, medium and large market newspapers; network TV morning and evening news programs; cable television news; news and talk radio and online news. A total of 1,568 health stories were analyzed for this report.